Oklahoma’s cannabis industry stays strong while facing COVID-19 in addition to its everyday challenges in a volatile business market. 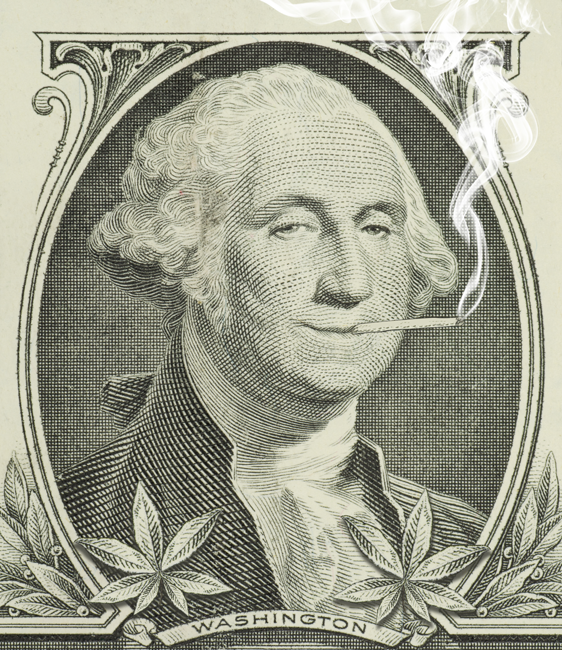 For the Oklahoma cannabis industry, the months since the coronavirus pandemic hit the state have been both the best and worst of times.

“Frankly, the last three months have been great from a business perspective. It’s reflected in the retail numbers, which have been record-setting. I don’t know that it’s all attributable to the pandemic, but it certainly didn’t hurt that so many patients were stuck at home,” Climb Collective and Overman Legal Group founder J. Blake Johnson said.

Deemed an “essential business” in the state, Oklahoma growers, processors and dispensaries were able to keep their operations going and doors open while many other companies and industries were shuttered through April and May.

In March, cannabis tax revenue brought in $57.9 million. In April, the number jumped to $64.5 million and to more than $72 million in May. That number continues to climb, with $80.45 million collected for the month as of June 24.

For some dispensary owners, COVID-19 has been a booming time for business, allowing them to reap the benefits of a citizenry who were largely without the ability to spend time outside their normal haunts, instead making do at home. Bolstered federal unemployment benefits left some on their sofas with more income than they had while they were employed. But the quarantine has been a mixed bag for others, like Raney Aboud, co-owner and manager of Planet Hollyweed, 3121 N. Pennsylvania Ave.

“The first thing that we did was we addressed the problem. We got people that we need to protect: our owners, our staff members,” he said. “Some of them are immunocompromised, and we had to make the decision to protect us and our patients.”

The arrival of the pandemic to the state immediately changed the way they did business.

“The best thing that we could do is still offer products for our patients, but the way that we had to do it was through the tiny window of our door and doing pickup-only, which was very detrimental to a lot of peoples’ experience buying weed in the sense that no one likes to not see their weed. That’s the most important part of buying it, and people have been doing that since before this legal market,” Aboud said. “As things went on, we retained some customers, for sure, but it was not easy. And it was definitely a struggle getting through things just for doing what we thought was right in that moment. It was kind of like all bets are off. This is not guerrilla warfare, but it kind of felt like that, you know, with competition.”

Planet Hollyweed is planning a new slate of flower strains from its growing operation and a “grand re-opening” event on Aug. 1, if they decide it is safe to do so.

The Oklahoma Legislature was also thrown a curveball, with every single bit of cannabis legislation being dropped this season. Before it at the beginning of the session were more than a dozen bills that would have possibly changed many ways the industry operates, including legalized delivery. Many of the former pieces of legislation were rolled into House Bill 3228, which passed both the House and Senate but was vetoed by Gov. Kevin Stitt. The Legislature did not override the governor’s veto despite a push from many advocates and business owners.

Chris Moe with Oklahoma Cannabis Liberty Alliance again spent his days before, during and since the session working with lawmakers to help move the needle for the state’s medical cannabis program.

“The strategy for pushing [HB]3228 did not work. The strategy was the problem, in my opinion,” Moe said.

Instead, he was approached by legislators about conducting an interim study into adult use of cannabis in the state.

“We will have that this summer. All of the reasons not to do it we will deal with this summer during an interim study so that next year, we can do it through legislation. … That is what I’ve been pushing for. That’s what the CLA has been pushing for,” Moe said. “We were not the key runners on [HB]3228. We had our bills. They were combined into 3228. We got what we need in there. The people running that bill did not succeed. We are succeeding in what we set out to do, which is to bring full access to the state of Oklahoma. And you know the reasons. It’s about fixing the medical program, but the only way to do it is through free, full access first.”

Another study Moe has been involved with is the planned two-year study and pilot program on DUI laws pertaining to cannabis.

“All the details haven’t been worked out, but what we’re looking at is something like this: If they think you’re impaired, they’ll say, ‘Hey, how about you take this breathalyzer and we call you a ride home?’” he said. “You fail the test, you don’t go to jail, but we get the numbers for our study and you get a ride home. So it’ll be like a get-out-of-jail-free card to the breathalyzer. That’s the way it’s been explained to me.”

Moe said they are also planning to do closed-course driving tests with drivers that have been consuming cannabis as they have previously done in Muskogee.

In the meantime, in order to put a stop to enforcement on several problematic pieces of legislation for the industry that were not resolved this session, a lawsuit was filed in Oklahoma County District Court June 22 on behalf of three industry participants.

The injunction challenges the state’s residency requirements for cannabis business owners as well as the rule barring them from operating within 1,000 feet of a school.

Genesis Canna-Farms, KC’s Cannabis and Teresa Bilyeu are listed as the plaintiffs on the lawsuit. A court date had not been set as of June 24.

Also, the Oklahoma Supreme Court decided on the challenge to State Question 807 brought by Paul Tay. 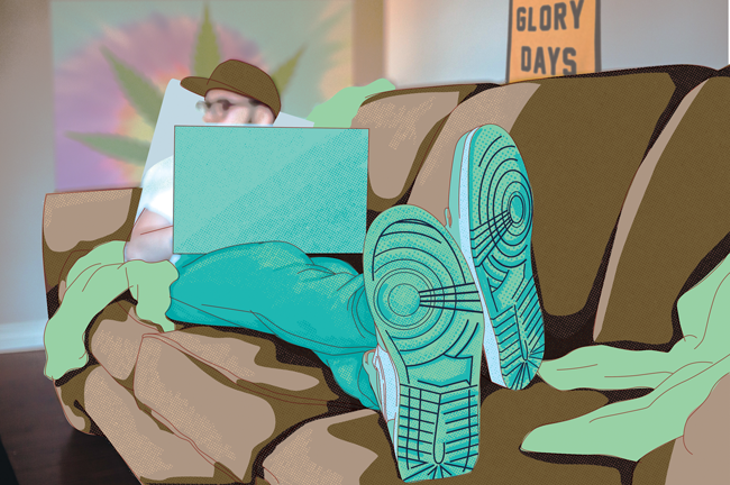 In a 5-3 ruling, the court ruled that the ballot initiative will be able to stand. Justice Tom Colbert did not participate in the decision.

The court ruled that SQ807 is not preempted by the Controlled Substances Act and unlikely to result in a state violation of the Racketeer Influenced and Corrupt Organizations Act.

“In considering federal law questions, the Supremacy Clause requires this Court adhere to decisions of the United States Supreme Court,” the opinion states. “We have previously declared unconstitutional various initiative petitions and state laws that infringed upon rights the United States Supreme Court has expressly determined are guaranteed by the United States Constitution. We have also followed United States Supreme Court precedent on federal questions in diverse areas such as Indian law and application of the Commerce Clause. However, the United States Supreme Court has never addressed preemption of state marijuana laws under federal statutes such as the CSA. Petitioner argues that this uncertainty concerning federal preemption of state marijuana regulations compels this Court to declare SQ 807 unconstitutional. The opposite is true. The burden is on a protestant to demonstrate that a proposed initiative is clearly and manifestly unconstitutional on its face. … This Court acknowledges the lack of controlling federal precedent has created uncertainty concerning the interplay between state regulatory schemes permitting marijuana use and existing federal law. The people of Oklahoma have spoken once on this interplay between state regulations and existing federal law in the approval and implementation of SQ 788, Oklahoma’s legalization of medical marijuana. We have confronted that uncertainty, and considered the question in depth by examining the parameters of SQ 807, the language of federal statutes such as the CSA, and principles of preemption under the Supremacy Clause. Based on the above analysis, Petitioner has failed to meet his burden of demonstrating that SQ 807 is clearly or manifestly unconstitutional. We hold therefore that State Question No. 807, Initiative Petition No. 423, is legally sufficient for submission to the people of Oklahoma.”

SQ807 petitioner and campaign manager Michelle Tilley said on Wednesday that they had discussed the June 23 ruling earlier in the day. The campaign had been waiting on the decision, which they expected on March 13 before the COVID-19 pandemic resulted in court closures.

“Obviously, we’re pleased with the court’s decision, so we’re still alive,” Tilley said. “Right now, we’re in a 20-day waiting period, and someone could file for a rehearing of it. And then after that, if we don’t get anyone to file anything, then it would go to the Secretary of State, but they still have a hold on all petition activity right now, so we’re in a waiting game at this point.”

Even if they are given the go-ahead after the waiting period, that would leave them less than a month to gather signatures to meet the deadline for this fall’s ballot.

“At this point, it would be next to impossible for us to make the November 2020 ballot, even if everything just broke perfectly our way. It’s just the timeline at this point is just going to be super tight,” she said.

But the fight to bring SQ807 to a vote is not dead in the water, though possibly delayed. In addition to bringing adult use of cannabis to a vote, it would overhaul the state’s criminal justice measures pertaining to cannabis, which have historically been some of the harshest in the nation and have yet to be addressed since the passage of State Question 788.

“Two years in, we’ve seen massive growth in the industry. But its participants are still routinely targeted by local, state and federal law enforcement — who remain prejudiced by decades of criminalization — for harassment, seizure and prosecution,” Johnson said. “And our community has done nothing to redress the systemic injustice of people — disproportionately people of color — sitting in jails and prisons for the same conduct that gets us paid. So we still have a lot of work to do.”