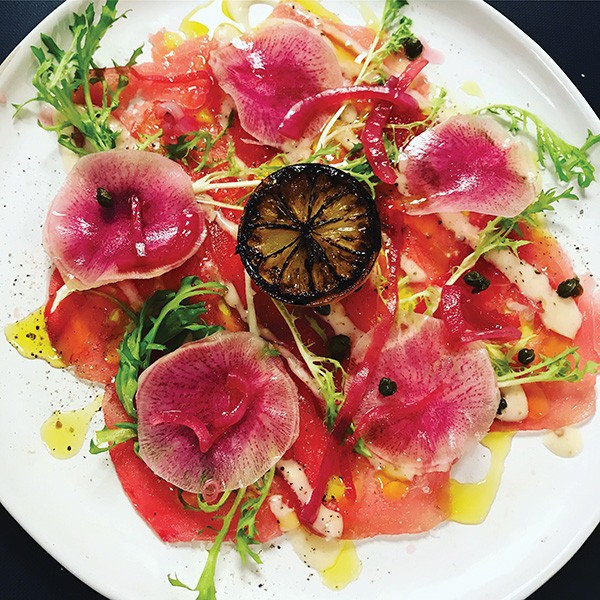 One of Oklahoma City’s most anticipated restaurants — Osteria OKC — a partnership between local chef Jonathon Stranger and celebrity chef Fabio Viviani opened to the public Nov. 17 in Nichols Hills after months of delays that were no fault of the owners.

Stranger and Viviani have known each other in passing for years, another recognizable face during events, but about two years ago, the plans for what is now Osteria OKC, 6430 Avondale Drive, were set in motion.

Viviani is an in-demand speaker since his breakout on season five of Bravo’s Top Chef and a host of other television appearances. Such was the case when Viviani went to Norman to speak at the Tom Love Innovation Hub at University of Oklahoma. A friend invited Stranger to hang out for the day and catch up with Viviani, an old acquaintance.

As serendipity would have it, Stranger and his wife had recently returned from a trip from Viviani’s native Italy, so a concept was on his mind.

“I got to talking with Fabio, and he asked what I was looking to do next,” Stranger remembered. “‘It’s funny that we’re talking because I’d love to do a true Italian restaurant here.’ During our meeting, [Viviani] said, ‘What if we do it together?’ Well, if you’re going to say that, you better be ready to do it.”

It’s a partnership between focused and driven chefs. Stranger, along with business partners Dr. Steven Sands and Drew Tekell, also own En Croûte, St. Mark’s Chop Room, Ok-Yaki and Prairie Wolf Distillery. Viviani’s company based in Chicago has opened more than 25 restaurants across the country.

Within a few weeks of that meeting, the official partnership was formed, and they just needed a location. Stranger already operates En Croûte and St. Mark’s Chop Room in Nichols Hills Plaza and heard through the grapevine that Starbucks was looking to move to a standalone building in the shopping center.

Stranger went up to Chicago to meet with Viviani to begin what they thought would be the process to open Osteria OKC in the spring of 2018, but Starbucks’ own building project was not ready by the end of 2017, and it pushed back the timeline for Osteria.

“There’s nothing you can do to move Starbucks. I can’t call the CEO and tell them to step it up,” Stranger said, noting that they finally got into the property in July.

During the delay, Stranger and Osteria OKC executive chef Darshon Daines were able to work with Viviani and his team as they opened Osteria Tampa, which was supposed to follow the Oklahoma City location. In Italian, an osteria is the least formal eatery, followed by a trattoria and the very formal ristorante.

“Darshon is very talented and leading the kitchen in magnificent ways,” Viviani said in an email. “Jonathon is the best around in the restaurant business. So for us, a collaboration on Osteria’s menu was very easy and we see eye to eye.”

They are focused on providing fresh and local ingredients prepared in an Italian style, which is the true Italian ethos. While some pizzerias import San Marzano tomatoes and other ingredients from Italy to get Neapolitan approval, Stranger notes that Italian cooking varies by region in the country based on available local ingredients. 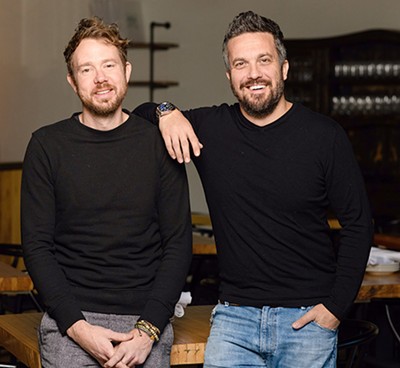 “Italians would never import something from thousands of miles away,” he said.

An example of how an Italian dish was transformed with local ingredients is showcased with the wild hake filet ($24), which is served with toasted local wheat berries, fennel, olives and charred lemon. All seafood arrives at Osteria within 24 hours of being caught through the Sea to Table service.

“In Italy, you would use farro, which is in essence the same thing. It’s a popular grain to use, but we don’t have it anywhere nearby. So fish and farro is a classic Mediterranean dish that is very delicious. We can’t get fish from the Mediterranean as fast as domestic fish. The whole dish is using the philosophy of what is Italian but creating something unique to here.”

All of the pastas are made fresh every morning, and the only imported ingredients on the menu are the fish. Local greens are used for salads, and the same goes for proteins. Stranger continues his relationship with Iron Horse Ranch, which is the main supplier of steaks at St. Mark’s, and it’s showcased at Osteria OKC with a softball-sized 16-ounce meatball ($19) and a flank steak with roasted cipollini onions, Parmesan fingerling potatoes and salsa verde ($32).

“It’s something different on a menu here, and I think we did a good job with it,” he said.

Other top-performing items from the weekend included squid ink garganelli pasta with clams, cherry tomatoes, white wine and uni (sea urchin) cream ($25);  rigatoni in a jar ($25); two types of gnocchi (basil, $19, and mushroom, $21); and the chicken marsala, the latter of which is served with chickpeas, roasted cauliflower and blistered cherry tomatoes.

“Everything went well for an opening weekend,” Stranger said. “We spent a lot of time, three weeks, training kitchen and front-of-house staff. We’ve got some great people on our team. The smoothness of the weekend is due to the staff, more so than anything Fabio, management or me did.”