Any medical cannabis business that is selling edible products will be required to have a food license as of April 26. 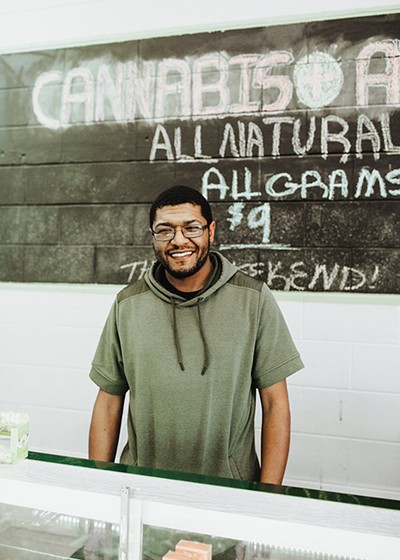 The license was required under existing state law and had nothing to do with the current legislative session or special regulations upon the cannabis industry. The deadline is April 26, according to Oklahoma State Department of Health.

Dispensaries that carry edibles are required to acquire a license even if they are not being processed or packaged on-site. The state department released a full list of products that require a food license to sell. They are flavored tinctures or oils placed in the mouth or in other food, assorted types of baked goods, candies or chewing gum, infused honey and infused bottled water as well as “other pre-packaged food products,” according to a news release.

“It was brought up back when the Food Safety Standards Board had their initial meetings and agreed that the laws that applied currently to food products would apply to the edibles and other things that were taken orally,” said Tony Sellars, health department spokesman. “Right now, as food inspectors, our sanitarians are going out and making contact with these new businesses and kind of explaining to them what they need and kind of guiding them on what needs to be in place. Those are just kind of courtesy visits right now. There’s a lot of brand-new businesses, so we’re trying to avoid a backlog of plan review. We only have so many people available to review the plans and to process the applications, so we want to encourage them to get all that done now so they’re in compliance as of April 26.”

In addition to the $425 initial food license fee, business owners will also be required to pay a $425 plan review application fee. Annual renewal fees for the food license will be $335. Local county health departments will assist with licensing.

“The bigger problem here, though, is not what everyone’s freaking out about. The bigger problem is what is defined as food. And so at our Food Safety Standards Board meetings … we had a fairly robust discussion on what is food. And it was very clearly stated that sublingual drops, pills, vapes, none of that is food. Now, the Oklahoma Administrative Code definition of food is about as vague as it gets. It says any product for human consumption. Well, good lord, that’s everything. I guarantee you, if we do not address and specifically define that, then we’re going to have some county health department that’s going to say, ‘You’re not selling edibles, but you’re selling tinctures, and that tincture is put in your mouth, so it’s a food product.’ Or you’re going to have a processor that’s not making edibles, but they’re making tinctures and they’re going to say, ‘You have to have a food manufacturer permit.’ And that’s inappropriate. It’s overreach. It’s too much.

“I’ve represented clients in the food industry for years, and dealing with the health department is not always fun. So what we have asked for is some consistent definitions and requirements because what we’ve experienced in the past is that county health departments are the ones that are responsible for doing enforcement and inspections. And if you’re in Rogers County versus Roger Mills County, the inspectors may have very different interpretations of the rules. And their requirements may be very different. And we’ve experienced this drastically with restaurants, with farmers markets. I get it, that they’re upset. But this is not something that business doesn’t face every day. And if you plan accordingly, you would have been prepared.”

Sam Hill Sr., an owner of Cannabis Aid, said that he regularly attends meetings at the health department. Nothing came as a surprise to him during the meeting on this particular subject.

“We want to encourage them to get all that done now so they’re in compliance as of April 26.” — Tony Sellars tweet this

“Regulations are expected. Period,” Hill said. “That’s just the nature of the beast with any industry, especially when you’re talking about a product someone’s going to consume. Government’s gonna regulate. Period. You’re talking about your food, your water, the air — it’s all government-regulated. As soon as it goes into your body, the government’s going to have its say, for whatever reason. So that was to be expected. Now on the fairness, I would say fairness is all perspective for one. So to me, from my perspective, it has been fair because it has the barriers to entry haven’t been burdensome like you have seen in other markets. Because it was talking about rules and regulations, I’m always going to go and stand on the message of think about small business whenever you make changes, especially now that the market is already open. You already have people that put their life savings and investments and their families’ futures in this market. And so anytime you add rules, anytime you add regulation, it adds additional costs to the business owners. So I’m proud to say and I’ve said this too, that I was proud that Oklahoma has been so friendly so far and that so many people in minority families and communities have been able to get this opportunity too. So make sure you’re thinking about it from that perspective when doing rules and regulations. How much will this affect the small business owner, not just the market as a whole?”

Melissa Miller, communications manager at Oklahoma Medical Marijuana Authority (OMMA), said it is just a simple matter of what a business is selling.

“You’re treated the same as any other applicable business. Food licensing is for people who sell or produce food items, and so if you fall in that category, you’re not exempt from that,” she said. “We understand that everyone is learning, it’s new, and we’re trying to remind people of those types of things.”