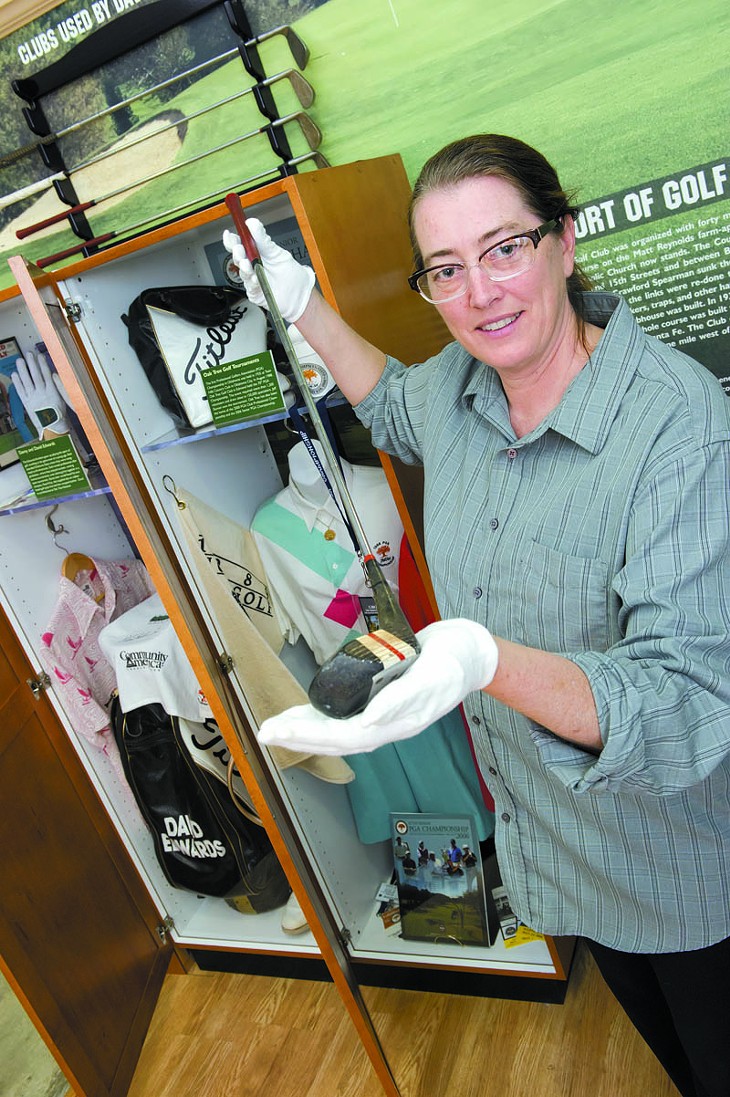 The Edmond Historical Society & Museum plans a history of golf display to coincide with the Senior USGA tournament and readies for its 30th anniversary.

The award-winning Edmond Historical Society & Museum is now collecting artifacts for its 30th anniversary exhibit, which will be displayed in June 2015. Deborah Baker, curator of collections for the museum since June 2012, is responsible for taking care of the exhibition by processing donations, interpreting the art the museum receives and designing the layout of the display. “Our mission is to celebrate the history of Edmond through the education and preservation of the geological, family and developmental history of the city,” Baker said. Located at 431 S. Boulevard St. in Edmond, in the old National Guard armory, the museum has long been the primary source for education on the roots and ancestry of Oklahoma’s sixth-largest city. The Oklahoma Museums Association gave the Edmond museum an award for the excellence of its pioneer exhibit as well as other awards for tis historic building tour.

The history of golf In addition to showcasing its 30th anniversary exhibit, the museum also has other big exhibits planned. An anticipated one is “Fore” — Looking Back at Golf in Edmond, which begins June 5 and coincides with the United States Golf Association’s 2014 U.S. Senior Open event at Oak Tree National course June 7-13. The gallery plans to help educate the citizens of Edmond about the history of golf in the city and upcoming tournaments and events that look to further that legacy of local golfing excellence. The museum also has several mainstays that consistently attract visitors, including an agricultural exhibit that highlights the important ways that state agriculture is both pertinent and unique. “We’re in the process of reworking exhibits so more can be on display, such as how the land run impacted the city of Edmond,” Baker said.

Children’s learning center The museum is not only known for its outstanding displays. Perhaps the most crucial element to the museum’s sustained success is the children’s learning center, Baker said. The center offers numerous activities for kids, including a reading station, a prairie house with dress-up clothing and a train station. Admission is free. The center also offers pioneer summer camps. For $45, youth ages 6-12 will get to spend four hours learning about the vastly different way of life settlers experienced in 1889. Children get to dress in 19th-century attire and spend a day with a real schoolmarm, as well as learn and play as if they were in 1889. Registration is June 15 and 17, and the actual camp will be at the 1889 Territorial Schoolhouse at 124 E. Second St., near the University of Central Oklahoma, home of the first higher education building in the state. For more information about volunteering, camps or displays, visit edmondhistory.org or call 340-0078.