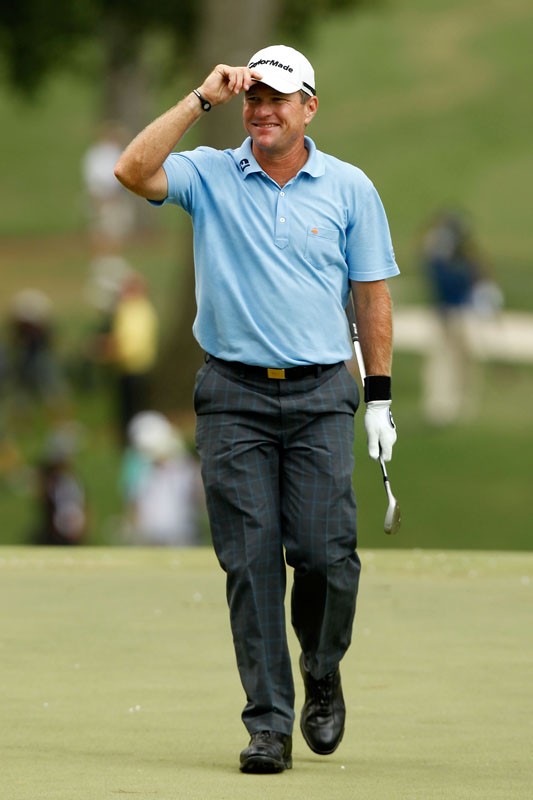 Through a combination of age and injury, Scott Verplank’s golf career is at a crossroads. The 28-year PGA Tour veteran will make his Champions Tour debut when the 2014 U.S. Senior Open begins next week at Edmond’s Oak Tree National golf club. A favorable showing could mean another turning point in Verplank’s career.

“I’m going to have to play well to have a chance,” he said.

Since undergoing surgery on his left wrist in 2011, only a month removed from a tie for fourth at the PGA Championship in Atlanta, Verplank, who turns 50 on July 9, has struggled to make cuts and even finish golf tournaments. He made only nine starts on tour in 2012, including a tie for 54th at the Masters Golf Tournament. In 2013, he made four of 14 cuts on tour and failed to record a top-10 finish for the second consecutive season.

This year, Verplank has made one cut out of 11 events played, a tie for 72nd at the Sony Open in Hawaii in January. He withdrew from the Northern Trust Open in February and hasn’t hit a competitive shot since missing the cut at the FedEx St. Jude Classic in early June.

“My body has just not responded the way I want it to since I had that surgery,” said Verplank, a five-time PGA Tour winner. “I’m not thrilled about that.”

Verplank received an exemption into the U.S. Senior Open because he played in the 2007 Presidents Cup Matches and 2006 Ryder Cup Matches.

Despite the setbacks, the anticipation of playing at home in front of family and friends has sparked excitement for playing in future senior and PGA Tour events, Verplank said.

“Having a big tournament right there in my backyard, that’s a cool thing. I’ve kind of started feeling anxious, in a good way,” he said. “I know it won’t take much to get me back going in that direction. I think I’ll be fine.”

It has been almost 30 years since Verplank, then a standout at Oklahoma State, won the 1984 U.S. Amateur at Oak Tree National, sinking a 25-foot putt on the 33rd hole to defeat Sam Randolph 4 and 3.

“I really hadn’t played Oak Tree hardly at all up to that point, so I really didn’t have any home course advantage. It was just a great week.” he said.

Opened for play in 1976 and renovated in 2008 under the guidance of famed golf architect Pete Dye, Oak Tree National has stood the test of time. The par-71, 7,219-yard layout forces players to hit their driver on most holes, and the finishing hole (normally No. 9, but the USGA has switched nines for this event) would play very difficult into a strong south wind, Verplank said.

The U.S. Senior Open is a huge undertaking, with more than 2,500 volunteers and more than 100 corporate partners coming together to put on the event, championship director Jeff Ewing said.

The planning process began in 2011, when Ewing and his team first met with City of Edmond officials. Since then, Ewing has developed a great working relationship with city, county and state officials as well as various chambers of commerce and corporate partners.

More than 120,000 spectators are expected to attend, and tournament officials project an economic impact of more than $15 million to the Edmond and Oklahoma City economy.