Edmond playgrounds get "facelift" to accommodate all students 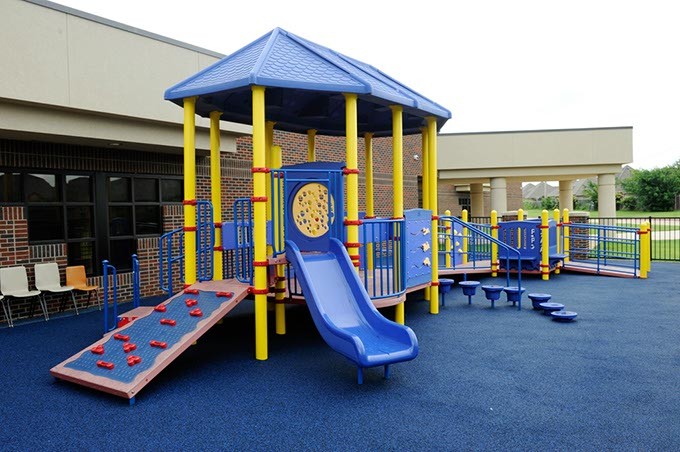 Six of Edmond’s 17 elementary schools are receiving “playground facelifts” this summer, thanks to an investment in outdoor recreation by its district administration.

As part of an effort to become more accommodating to all of its students, renovations emphasize “integrating the involvement of the school’s students with physical disabilities” along with their playtime peers, said a statement on Noah’s pARK & Playgrounds’ website.

Noah’s is the Edmond-based company that built the equipment.

“Outdoor play is vital to a child’s well-being … We want our playgrounds to accommodate children of all abilities,” she said.

“Our site principals and special education staff are really looking forward to this,” she said. “The beauty of this project is that no two playgrounds will be alike. Those staff members were instrumental in deciding layout and design elements that would best suit each school’s student population.”

Noah’s pARK then created the playgrounds and toys to suit each school’s specific student needs, said co-owner Shan Shepherd. He and wife DeAnn founded the local company in 2001.

The ADA, which celebrated its 25th anniversary last month, gives civil rights protections to people with disabilities similar to those provided to individuals on the basis of race, sex, age and religion.

“We are honored to be working with Edmond Public Schools,” Shepherd said in a media release. “We feel each school is getting what they specifically want and, more importantly, need for their students.”