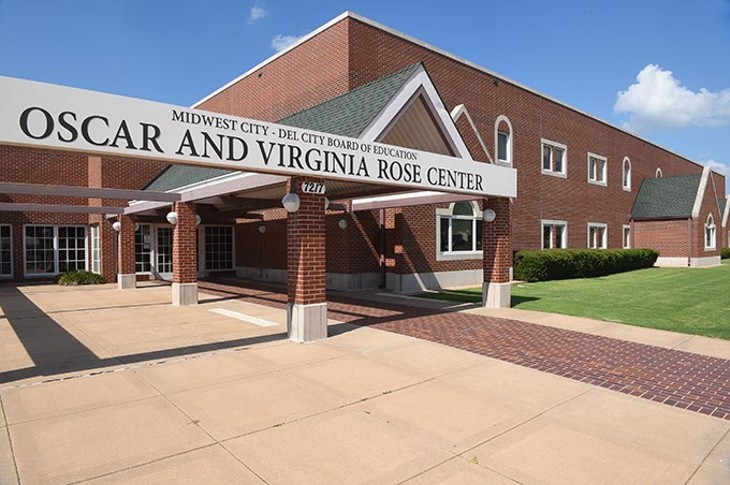 Rick Cobb’s ideas were known for two years before they were actually connected to his real name. Starting in 2012, he was the anonymous author of the evocative issues blog OKEducationTruths.wordpress.com.

But he is anything but anonymous now.

This month, staff, teachers and students at Mid-Del Public Schools are getting to know him as their superintendent and no doubt will be addressing the Ph.D. as Dr. Cobb — and for good reason.

Cobb has a reputation of listening and being highly interactive with teachers, according to Elise Robillard, President of The Education Association of Moore, the local teachers’ union for Moore Public Schools.

In an interview with Oklahoma Gazette, she praised Cobb for his intellect and willingness to listen to those who are doing the work in the classroom.

“He does deep thinking about issues. But he doesn’t get stuck in the thought,” Robillard said. “Once he sees a clear picture of everything, he is willing to act. He loves innovation and creativity. If he can see how it’s going to benefit kids, he’s going to do it.”

Praising outgoing Superintendent Pam Deering, Cobb said finances are the biggest challenge for any school district in the state.

“From discussions with the board and Dr. Deering, the carryover amount is in pretty good shape,” Cobb said. “But it’s hard to keep it there with everything that has gone on over the last seven or eight years of funding in Oklahoma.”

He also identified academic achievement as being a common concern for the leader of any school in the state.

“I know that Mid-Del has a lot of student achievement, but improving or keeping that in place is going to be one of the great challenges,” Cobb said.

Being in such a public role now, it’s hard to imagine that once upon a time, in addition to his very public work as an assistant superintendent in Moore, he was an anonymous education blogger and sometimes the bane of the top school official in Oklahoma.

In the 2010 election, dentist Janet Barresi became the first person in the state’s history elected to the position of State Superintendent of Public Schools who was not credentialed as a certified public school teacher and administrator.

Critics of the state’s public school system saw it as an opportunity to make needed reforms that would enable charter school development and a wider spectrum of education options, including religious schools.

But others, including those who spent years supporting public education, saw something else.

They saw too much change pushed through with too little explanation.

Where teachers and administrators had a simmering past of opposing one another, steadily increasing numbers now joined forces to oppose the new chief.

So a new model of education activism developed.

Teachers, administrators, parents and even the normally vanilla PTA came together in opposition of Barresi.

An outlier among those who were doing education issues blogging at the time under real names, Cobb’s insights overcame readers’ initial caution toward an anonymous source.

The author of that blog knew a great deal about highly technical details of testing, curriculum, education data and the massive guts of public school administration in Oklahoma in addition to general education issues.

And the author knew that information and system so well that he could explain it clearly to anyone, even those parents who had no training in the education professions.

With his announcement and claim of ownership of the blog in January, everyone started to understand why those posts were so informative.

Cobb explained that he had watched some schools in Moore get the reward school designation, which he was happy about. But at the same time, he saw other schools that served large numbers of poor students receive failing grades.

“It was a pretty straight line between testing data and free and reduced lunches,” Cobb said.

Angela Clark Little has become one of the better-known parent activists in support of public schools in Oklahoma. She traces her early influences to Cobb’s work on his blog.

“He really opened my eyes to the real issues behind what’s going on in education,” she said. “With the media that we have in Oklahoma, we don’t always get the truth.”

Little said that Cobb’s blog has been and still is a good tool beyond her edification and thinking about education issues.

“If I have to explain an issue to a parent, it helps to direct them to the blog to show parents what is happening,” Little said.

In years past, it was assumed that teachers, and especially administrators, would be politically quiet and compliant.

Miller, formerly an active-duty Marine officer, characterized the approach as “being good soldiers.”

“This is one of the problems in education,” he said. “It’s that teachers and administrators are good soldiers. We do what we’re told.”

He and several other administrators are regular contributors to education debates in Oklahoma through their blogs.

Miller summed up Cobb’s influence: “He was one of those trailblazers.”