Efforts are underway to help Oklahoma capitalize on solar potential 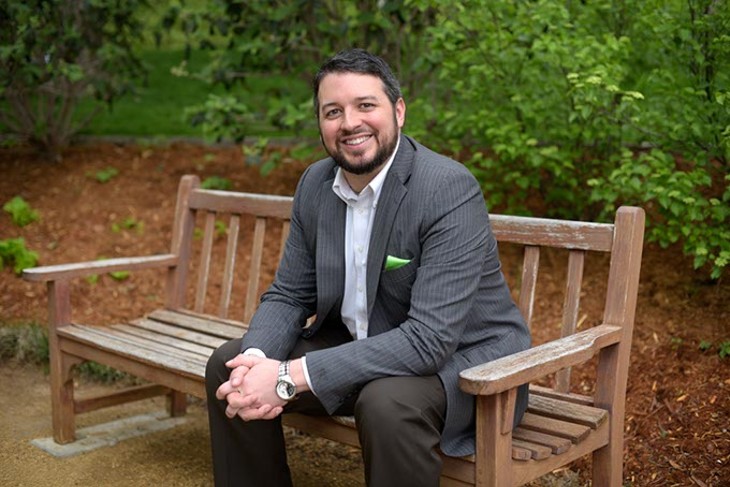 Row after row of solar panels, which rest perfectly aligned and angled to the west, fill an open field along NW 10th Street in western Oklahoma City. When OG&E’s 2.5-megawatt solar farm began harvesting energy from the sun less than two years ago, the company hawked the farm’s ability to power a one-stop-sign town.

As the sleek metal of the solar panels glistens in the blazing sun, the electric utility company’s aging natural gas plant stands in the background. When it comes to power stations, natural gas is king in Oklahoma, but indicators show solar has a bright and rising future.

Last month, Google’s Project Sunroof program, which estimates sunlight and translates it to energy production, ranked Oklahoma City No. 8 in its list of most solar-potential cities in the nation. Houston earned the No. 1 spot, followed by Los Angeles and then Phoenix. Furthermore, Google determined that OKC has enough solar-viable rooftops to meet and exceed the city’s residential power needs.

Anyone who spends any time in Oklahoma is well aware of its hot, bright summers and plentiful supply of year-round sunshine.

“There is a tremendous amount of energy hitting the surface every day and we haven’t yet developed measures to capture it,” said Jim Roth, a director and chairman of Phillips Murrah law firm’s Clean Energy Practice Group and a former Oklahoma Corporation Commissioner. Roth represents solar and wind energy developers for the Oklahoma City business law firm.

“The technology is catching up,” he said. “Oklahoma is uniquely situated in that the best sun penetration happens at the time of day which is the most expensive time in the market. We not only have a lot of opportunity for local use, but we also have the ability to export at the height of the market each day.”

While multiple studies show the potential in Oklahoma and its largest city and how the birth of “Big Solar” would benefit the economy, employment and the environment.

Sierra Club Oklahoma director Johnson Bridgwater has studied and supports renewable energy and its growth in Oklahoma. When it comes to solar, Bridgwater said significant barriers inhibit widespread use by Oklahoma homeowners. The environmental organization is pushing pro-solar policies, which could be authored during the 2018 state legislative session.

“What we are trying to do is help Oklahoma … realize its potential as a top 10 state in solar energy production,” Bridgwater said. “We have actually seen legislative action that has damaged Oklahoma’s solar market. We propose some very specific pieces of legislation that could overturn the damage, invigorate and release the solar energy potential.”

Sierra Club Oklahoma also backs efforts to revise the state’s net metering regulation. In states that allow net metering, homeowners with solar system rooftops can sell their excess electricity back to the grid for fair market value. In other words, they can profit from feeding their excess power back into the power grid.

To truly move the residential solar industry forward, Bridgwater said the state must first repeal 2014’s Senate Bill 1456, which was labeled a solar surcharge bill. While solar advocates contested it as it moved through the Capitol, it allowed the Oklahoma Corporation Commission to establish separate customer classes and surcharges for distributing energy generated by things like rooftop solar systems and small wind turbines.

“What makes this the right time is that battery technology has finally broken two barriers,” Bridgwater said. “The cost is no longer prohibited and the technology is readily available.”

Local government can play a significant role through policies and programs to build a sustainable community, one that is planned, built or modified to promote sustainable living.

Located inside the City of Oklahoma City’s planning department, the Office of Sustainability is arguably one of the most important, and sometimes unrecognized, government services. Its two associate planners are charged with meeting the city needs while looking ahead to anticipate how city decisions and policies impact future generations. Its focus is on economic and environmental sustainability, said associate planner Ryan Baker.

“We are focused on thinking in economic terms when it comes to policy,” Baker said. “It is about recognizing that in many cases there is an opportunity to create and invest in Oklahoma City, but those policies might also be environmentally friendly.”

Recently, the city was awarded a SolSmart advisor through a grant from the U.S Department of Energy’s SunShot Initiative. For six-months, an advisor will work closely with the Office of Sustainability in reviewing politics, reducing soft costs of going solar and signaling that OKC is open for solar business.

“What are our policies? If somebody — a commercial entity or a homeowner — wants to do a solar project, are we sure that we have policies set up that are not prohibited,” Baker said. “We want to make sure we don’t have any roadblocks to people’s interest in pursuing solar. We have a stake in seeing solar in our city and state.”

The advisor, who comes to the city from the nonprofit Solar Foundation, has experience in public policy, local government and environmental and energy consulting. The hands-on assistance involves evaluating how a solar project would navigate through planning and zoning, permitting and inspection.

At last year’s ScienceFest Oklahoma, groups of fourth and fifth graders and their teachers visited the Oklahoma Renewable Energy Council’s (OREC) booth to see a radio relying on solar power to play tunes.

“The kids were so engaged to see this solar demonstration powering a radio,” recalled Tyson Taussig, OREC president. “It was like a magic trick to them. Look there is no power cord.”

As Taussig and other OREC members answered student questions about renewable energy, they fielded invites from teachers to visit classrooms for further presentations. The nonpartisan organization supports efforts in Oklahoma to develop renewable energy in areas like solar, wind, biomass and geothermal, but places a large focus on educating the public.

Founded two decades ago, the council is comprised of 60-active members working in the renewable energy field. Through once-a-month meetings, OREC members stay current with projects moving through the state, as well as hurdles and challenges. As educators in renewable energy, one of their audiences is lawmakers.

“Part of our mission is to be advocates for renewable energy in our state,” Taussig said. “With a lot of issues decided at the Capitol, we feel we have an obligation to say something and provide the legislature with unbiased and educational information. Take wind. There are so many different claims about jobs, dollars, benefits and detriments. With so much experience and expertise in this group, we can get unbiased information to decision makers.”

Across Oklahoma’s western border and into the Texas Panhandle are hints of a solar boom. Roth said the major Texas projects foreshadow Oklahoma’s future.

Within Oklahoma, solar energy has caught the attention of utility companies. It’s not limited to the OG&E solar farm in OKC. Public Services Company of Oklahoma’s (PSO), which services areas around Tulsa, McAlester and Lawton, recent long-term plan calls for the addition of solar resources. Additionally, rural electric cooperatives are diving into small-scale solar farms.

“The reality is the technology is there and solar is being implemented all around the country,” Roth said. “I really believe this is our greatest potential — we have such blessings with clean natural gas underground, such blessings with world-class wind and with solar opportunity. Few states, if any, have the trifecta. … Oklahoma is actually perfectly situated for the future which is unfolding.