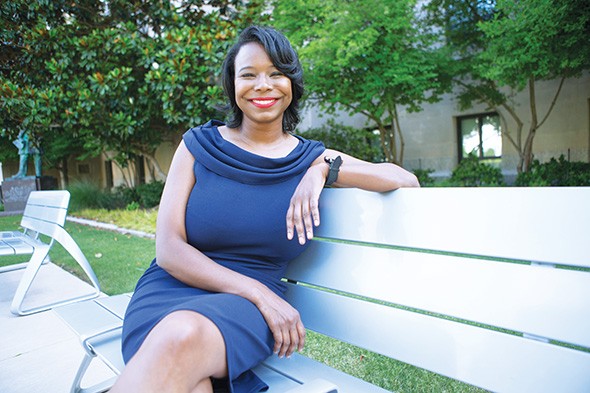 The Nov. 6 election night results were cause for many across Oklahoma, including 38-year-old winner Nikki Nice, who won the open Ward 7 seat on Oklahoma City Council, to celebrate.

However, no more than 24 hours later, Nice found herself the recipient of bad news as her former employer, Perry Publishing & Broadcasting Company, fired her due to what they foresaw as a potential conflict of interest between Nice’s responsibilities as a councilwoman and her role as one of the station’s hosts.

A spokesperson for Perry Publishing said Nice’s dismissal from the company was due to the chance that a potential conflict of interest could arise.

Her new position on the council gives her the chance to serve a community she loves dearly and a $1,000 monthly salary she knows no one could live on.

Days before Nice is set to be sworn into elected office, she is removing campaign flyers and signs from the backseat of her car and preparing to become an Uber driver if necessary.

The Oklahoma City-born and bred Langston University graduate said her experience is an example of why young voices are often not included in politics.

“Young people don’t run for office because they can’t afford to run for office,” she said. “The low pay of elected officials limits those who can serve to retirees or business owners.”

Being anything else, Nice said, is risky business.

At 24, Scott is the youngest person to ever serve on Norman’s City Council. As a council member, her salary is $100 every month. It’s a figure Scott said she hopes to challenge when charter changes are discussed in upcoming meetings.

While salaries of elected officials are above $50,000 in some cities outside Oklahoma, pay for city council members in the Sooner State remains low.

In Dallas, Denver and Orlando, city council members all get paid over $50,000 a year.

The salaries of Oklahoma City’s council members are not accidental or outdated, Oklahoma City Ward 3 councilman Larry McAtee said. Rather, he said, salaries are strategically placed low to protect the purpose of the city’s elected officials.

“We’ve kept the salaries low because we don’t want people to do this for the money,” McAtee said. “The idea is to ensure that a volunteer citizen will run for city council purely to be a voice for their community.”

McAtee was first elected to Oklahoma City Council in 2001 when he was 65 years old. He is president of OKC-based financial consulting firm Ironsharpeners Inc. and the author of the book Rebuilding Your Financial Wall God’s Way.

He has been on the council long enough to remember when members got their last pay raise.

Starting in at least 1957, Kersey said, council members received $20 per meeting. In 2000, a proposal to increase that amount to $1,000 a month was approved by city voters and the current salary was set.

While McAtee takes no issue with the current pay rate, he said it does not accurately convey to the public the amount of work that council members do.

“This is not a one-day-a-week job,” he said. “With the meetings we attend and community education we provide, this is a full-time job in and of itself.”

He said he and his colleagues understand that balancing a full-time job with city council duties can be difficult.

While employers like Scott’s don’t seem concerned over a potential conflict of interest when an employee works full-time for them while holding public office, media companies traditionally have been.

Before former Oklahoma City mayor Mick Cornett began his tenure on Oklahoma City Council in 2001, he parted ways with Oklahoma City’s News Channel 5 (KOCO), where he worked as a news reporter covering city politics from 1997 to 1999.

McAtee said he looks forward to serving on the council with Nice and has no doubt she will have job offers coming in even if she has to change the focus of her career.

Nice said she has leaned on her faith since being fired from Perry Publishing.

“I know everything happens for a reason, and I know I’ll be OK,” she said.

Nice graduated from Northeast High School and Langston University with a degree in journalism.

She is actively seeking employment within the communications industry.

While neither Nice nor Scott ran for elected office for the money, they said a pay raise would be nice.