Electoral dysfunction? There's a bill for that 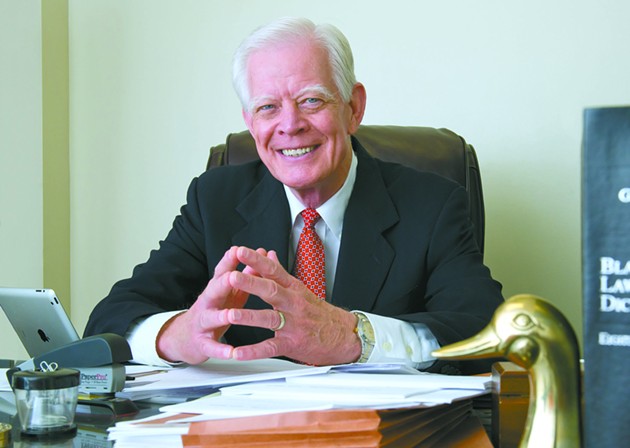 When it comes to financing municipal elections, there are no rules.

At least there are none that can be enforced.

Slater’s office collects campaign finance reports for all state elections, along with races in Tulsa and Oklahoma City. While the department has some power to enforce finance laws for state-level races, Slater said his hands are tied when it comes to mayoral and council elections in the state’s two largest cities.

The Political Subdivisions Ethics Act requires political committees to register with the Oklahoma State Ethics Commission within 10 days of organizing and to also list a registered agent with the state. However, the same act doesn’t give Slater’s office any ability to enforce or investigate violations when it comes to municipal races.

“We have not been able to move forward on any case, even on cases we have had complaints on,” said Prater, blaming complexities and inconsistencies with the law.

When asked about potential violations, Prater said state law prohibits him from confirming his office has received any complaints or an investigation is underway.

“I couldn’t tell you if someone had called to complain about a specific group,” Prater added.

Based on the Political Subdivisions Ethics Act, it would appear an out- of-state nonprofit violated state law by failing to file a campaign finance report on its spending in this year’s Oklahoma City mayoral election.

Catalyst Oklahoma, which is listed as the agent behind a series of fliers and Internet ads that backed Mick Cornett and his reelection campaign, did not file any campaign statements with the state.

Catalyst Oklahoma is registered with the Secretary of State’s office, and Catherine Ledyard, Mary Keogh and Deborah Reusch are listed as incorporators and are employed by the law firm Skadden, Arps, Slate, Meagher & Flom.

Ledyard did not provide comment on her connection to Catalyst Oklahoma and directed all inquiries to a media specialist who was unable to be reached by deadline.

Another organization that mailed fliers during the mayoral campaign was a group called Progress OKC, which promoted the growth of

OKC without referencing a specific candidate. The fliers included images owned by the Greater Oklahoma City Chamber of Commerce, but no campaign finance reports were filed by the organization.

A basic understanding of the law would appear to imply that Catalyst Oklahoma, and possibly Progress OKC, might have violated state law by not filing a campaign finance report with the ethics commission. However, the Political Subdivisions Ethics Act also states, “The [ethics] commission has no jurisdiction to enforce criminal penalties ... for violation of statutes governing municipal and school board campaigns.”

Slater said his office is “powerless” to enforce campaign finance violations related to municipal elections, but a bill recently signed into law could change that. Senate Bill 1745, which was signed by Gov. Mary Fallin on Monday, gives the ethics commission jurisdiction over municipal races.

The bill, authored by Sen. A.J. Griffin, R-Guthrie, and Rep. Todd Russ, R-Cordell, originally covered all cities in the state. However, following some lobbying by the Oklahoma Municipal League, an amendment was filed to only include cities with a population of more than 10,000 or an annual budget of more than $10 million.

The amendment still limits the ethics commission’s power over municipal races, but OKC mayoral and council races are included.

“The officials we elect at the local municipal level are just as important, if not more important, than state positions,” Griffin said. “We want to bring uniformity to the election process.”

Griffin said changing the bill to include only large cities was an effort to not discourage individuals in small towns from running for office. However, campaign finance statements are still required. SB 1745 simply ensures that an agency is able to enforce the law.

Before the bill was passed, money could flow into OKC races without any record of where it came from, Slater said.

“It’s such a mess right now that it’s highly unlikely anyone would be able to catch anyone doing something wrong [with campaign finance] reports,” Slater said. “The rules are internally inconsistent, out of date and we don’t have any enforcement authority. Something needs to change.”