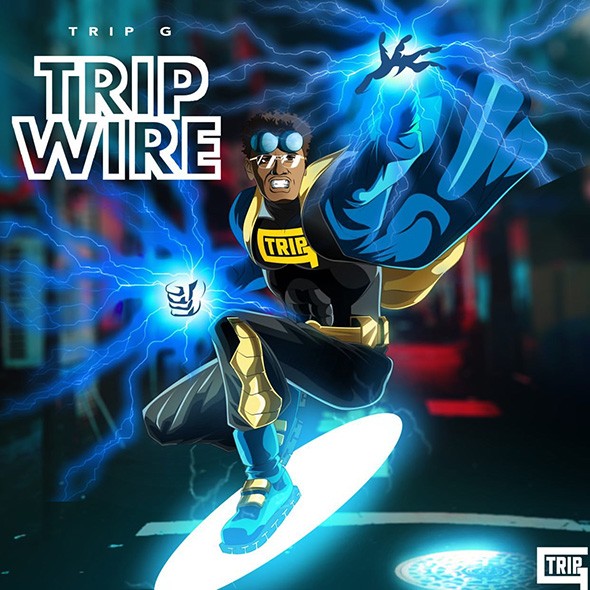 The third in a trilogy of releases, Trip G’s Trip Wire shows multiple sides of the OKC hip-hop artist’s sound and personality.

Trip Wire is Trip G’s second 2020 release after Shoc Therapy, released in January. Wired Up, the first in Trip G’s electric trilogy, was released in October.

“The first one is more up-tempo, fast-paced, hard-hitting more trap-style music,” Trip G said. “Shoc Therapy, there’s more chill and relax music. I was experimenting with different tunes, using Auto-Tune and singing and stuff like that. Trip Wire is both of those. It has that hard-hitting, aggressive 808s, and it also has some chill songs that you can vibe to, just cruising. … It kind of explains me completely. I feel like fans will get to know who I am based off of this project, if they didn’t know from the first two projects.”

Trip Wire also includes a sung “smoke break” interlude unlike anything he has attempted before.

“It’s just a little something with Bone Thugs-n-Harmony type melodies and harmonies,” Trip G said. “That’s one of my biggest experiments on this project. … With Shoc Therapy, I felt like I was finding the new sound, as far as with the melodies and experimenting with a different realm of music. And now with Trip Wire, I was able to execute it the way I want it to sound. It’s on-point. I don’t have to use Auto-Tune. I’ve actually learned a whole new sound of music with my voice, so it’s kind of crazy.”

“I don’t want to just be a rapper,” Trip G said. “I can actually make music, whether it is singing, harmonizing, anything like that.”

Shoc Therapy’s cover features Trip G in a hospital gown with wires attached to his face and neck, and it includes the songs “No Love” about how childhood exposure to poverty, drug addiction and crime affects his present mentality and “Dirty Game,” recounting a real-life home invasion. Trip Wire’s cover features an illustration of Trip G inspired by DC Comics superhero Static, and features Austin Powers-referencing “Awesome Powers.”

“Shoc Therapy is more serious as far as in-depth feelings,” Trip G said, “because I do go into detail about myself and my upbringing. [Trip Wire] I would say is more fun. … It’s a different groove to it. It has a different bop to it.”

Trip G — who said he wrote his first song at the age of 6 or 7 after seeing his father rapping and producing his own songs — also plans to release a video for single “Boss Talk” March 18 and another four-song EP in May.

“I don’t get burnt out,” Trip G said. “To me, the writing and the recording part, it can be strenuous but it’s the easiest part because it’s something I like to do. I love to make music. … I’m adapting my entire life around music itself, not vice versa. … If it’s not my daughter or my music, it really is kind of counted out at this point.”