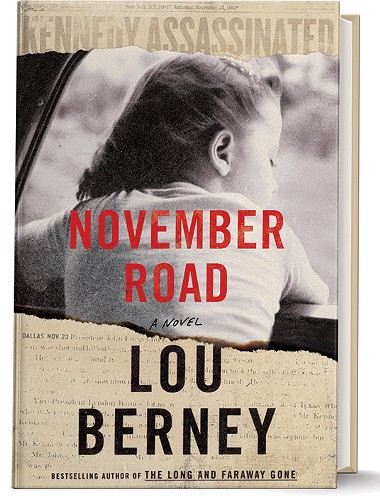 Award-winning Oklahoma City author Lou Berney’s mother told him he was conceived on Nov. 22, 1963, the day John F. Kennedy was assassinated, but like many of the stories surrounding that infamous date, the details might not quite add up.

“She was always a great storyteller, so I’m not sure if that’s true or not,” said Berney, currently on tour supporting his new book November Road, set during the aftermath of the assassination. “The math is a stretch, but it’s plausible. Who knows? It’s a great story.”

“I remember being 5 or 6 years old and hearing about it,” Berney said. “I come from a Catholic family in Oklahoma City, and a lot of my relatives I remember having photos with John F. Kennedy on the wall framed, and so I was really aware of him as a person and as a historical presence. We would drive every summer down to Dallas to see a baseball game, and my dad would always drive us through Dealey Plaza where the assassination took place. I remember at a pretty early age of childhood being aware of this kind of fascinating historical event that happened pretty close to us.”

Charlotte, one of November Road’s protagonists, meanwhile, who is sitting in the Bank of Woodrow, pleading for an extension on her mortgage payment, when she hears about the assassination, has trouble feeling any way at all about it.

“She continued to remain curiously unmoved, curiously removed, by the news from Dallas,” Berney wrote in his novel. “The president had been shot. Charlotte could understand why people were shocked and upset. They feared an uncertain future. They worried that their lives would never be the same. And maybe their lives wouldn’t be the same. But Charlotte knew that her life would remain undisturbed, her future — and the future of her daughters — certain. A bullet fired hundreds of miles away didn’t change that.”

For Charlotte, the thought that the future will be the same as the present is scarier than uncertainty.

“I wanted to use the assassination as a jumping-off point and then focus on characters at the edges of historical events and really follow their own stories.” — Lou Berney tweet this

“She’s just sort of stuck,” Berney said. “She’s married to an alcoholic. She’s got a job where she’s never going to get a promotion. She’s always kind of just going to be stuck in her existing life unless she does something about it. That’s why she leaves her husband and heads west.”

For the novel’s other protagonist, New Orleans mobster Frank Guidry, the assassination is catastrophic, upending his comfortable life. Guidry, a lieutenant for real-life mobster and common Kennedy- conspiracy suspect Carlos Marcello, has to hit the road to escape from his boss after realizing he knows too much about the president’s murder. Though Marcello is often a featured player in conspiracy theories, Berney said his intention for writing November Road was never to focus on the shooting itself.

“I wanted to use the assassination as a jumping-off point and then focus on characters at the edges of historical events and really follow their own stories,” Berney said.

Guidry, on the run, meets Charlotte and her daughters and epileptic dog and sees the opportunity to use them as a cover story if they all head west together. Berney said he created Charlotte after wondering what would have happened if his mother, who grew up in Shawnee during the Depression, had the opportunity to escape and said yes. But Charlotte soon developed into someone else.

Charlotte feels trapped in Woodrow, Berney said, and he faced a similar problem when writing the first version of the novel, which saw her hiding out with a ruthless hitman, a character who would later become the novel’s antagonist, in a small town.

“It just wasn’t working,” Berney said. “I wish I had figured that out sooner. In retrospect, it seems like a really dumb idea, but at the time, it seemed to make sense. But two things: One was that a cold-blooded killer’s not going to fall in love with a woman like that. It just doesn’t really happen. It doesn’t feel authentic at all. The other thing was that I just hated being stuck in that small town. There was not enough conflict, so I needed to put them on the run from something to start creating more conflict that would allow me to drive the plot forward.”

The novel, like its characters, needed a change of setting. Berney, who left Oklahoma shortly after graduating from high school, said he sympathizes. 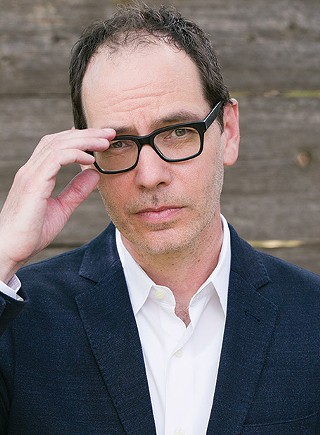 “I always loved it, but I knew at the age of 18 I wanted to get out and see the world, so for me, it was a place I needed to leave at the time,” Berney said. “But it’s also been a place that I love coming back to, and I love living here now. It’s like I wouldn’t want to live anywhere else.”

Though he grew up in Oklahoma during the time period of November Road, Berney said he read extensively about the era to prepare for writing the book.

“I knew it was going to be a novel so I could make up a lot of stuff,” Berney said, “but I wanted it to feel very plausible and very authentic, so I did a lot of research, both on the Kennedy assassination and the early ’60s and sort of the voice of the time and the way people spoke and the way they thought about the world. So I wanted to get that right even if the facts aren’t exactly true; I wanted to be true to the era itself.”

In his research, Berney learned details about the time period he’d been oblivious to as a child.

“I did discover it was kind of a wild time in America,” Berney said. “The mafia was really entwined with American political life, which I didn’t really realize. … I was just a kid in the ’60s, so it was fascinating to kind of time travel back to that period and realize what was going on without me being aware of it.”

In October, screenwriter Lawrence Kasdan (Raiders of the Lost Ark, The Empire Strikes Back) bought the rights to adapt November Road into a movie. Berney said he welcomes any changes Kasdan might make moving the story from the page to screen.

“He’s one of my filmmaking heroes,” Berney said. “He’s just phenomenal, so I trust him to do whatever he wants with the book. … The movie is so different from the book that I’m happy that the book is mine, and whatever filmmakers do with the movie is kind of up to them, so I don’t really feel like I’m too worried about any of that. Everything that’s in the book is the way I want it, and that’s all that really matters to me in terms of my story.”