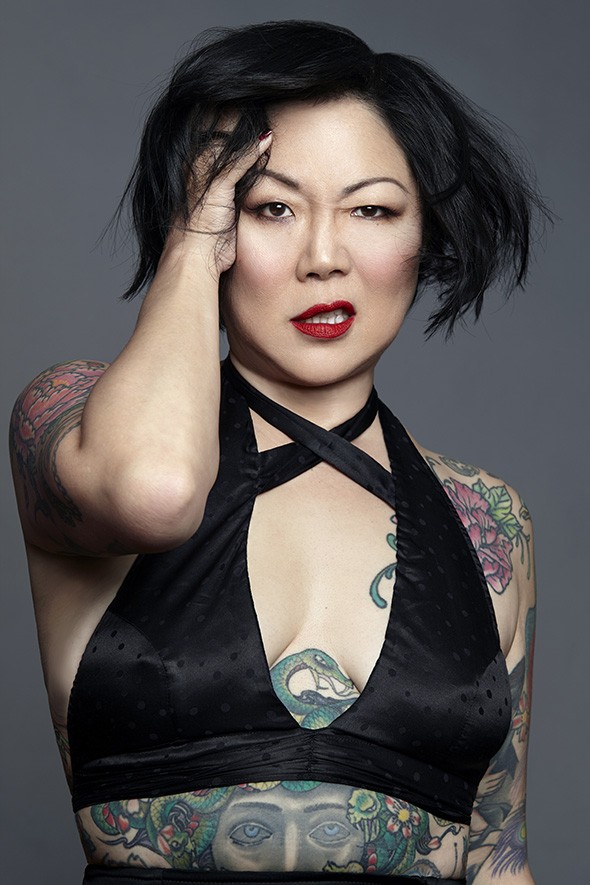 You don’t have to agree with Margaret Cho to laugh at her.

“I hope that I can be contrary and also bring up another way of thinking about something — or even be cruel or be shitty,” Cho said. “To me, it’s kind of funny to be nasty and mean. … I think that’s fun. I think that there are certain things that are inherent to my being, like I’m politically progressive and a feminist and queer … but at the same time, you don’t have to agree with me on all of the issues that come up, and I like that.”

Oklahoma Gazette: Is there a trade-off between being empathetic and being edgy?

Margaret Cho: No, I don’t think so. I think that you can get very close to the edge or just be very close to danger, but at the same time, have compassion for others. We’re all going through the human experience, and nobody is immune from pain and suffering, but at the same time, there are issues or experiences that can be really intolerable. And you can be free to complain about it, and I think it works.

OKG: Do you find that the nature of how people receive comedy has changed during your career?

Cho: Yeah. It’s kind of a need to acknowledge that we have to change language because the way that we talk and the way that we relate to things is inherently sexist and inherently racist and inherently problematic … so working to change that is really important. But then, part of the symptom of that, it becomes cancel culture where people get real upset about stuff that they may not have been upset about a few years ago. We have a shifting society that’s learning to call out itself, which is really vital because it’s important for progress, but it makes jobs for comedians more challenging. … Life is changing. The world is changing. Let’s change with it and evolve with it. … We don’t have to fight it.

OKG: Do you think being Margaret Cho lets you get away with more or less onstage?

Cho: Both because you do have some leeway, especially for me because I’m an older woman. I am a longtime comedian and so there’s a kind of like safety there that I can take people on a longer journey, because they’re going to trust that, but at the same time, you’ve got to be wary of that. Being a woman of color, being queer — those things also do buy me a little bit of space. … It’s like I have this much time where I can be, actually, an asshole, and that’s actually very valuable. It speaks to the different tolerance that we have in society for opinions and for what’s being woke and what’s not woke, and I think that’s fun to play with. So it’s a constant game. … What can I do to make it fun for myself and also speak to the individuality of identity? ... You don’t want to be blatantly shitty. You don’t want to be racist or homophobic. You don’t want to be sexist in a way that’s a problem. I just don’t want to do that in my life. … There’s definitely consequences, especially because everybody has a phone, everybody has that sort of power to take what you said and amplify it in a way that can be very unflattering and not necessarily what you want to represent. So you are aware of that, but you also don’t want it to get in the way of freedom and being dumb and having a good time.