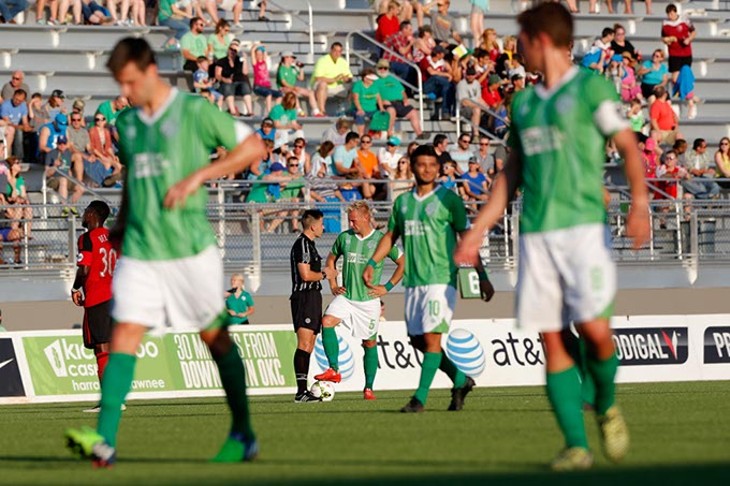 Anthem Brewing Company and Oklahoma City Energy Football Club kick off their co-branded craft beer during Friday’s Live on the Plaza event in the Plaza District.

Anthem tried out four beer varieties at Energy games and public events over the last season and found overwhelming support for their new pale ale. They asked fans to go to the Energy’s website to vote for their favorite name from the finalists — EPA (Energy Pale Ale), Bruised Shin and Upper 90.

Lively said the pale ale is a variation on their popular IPA, which he thinks will become Anthem’s best-selling beer. The new brew is an easy-to-drink beer with touches of grapefruit hoppiness.

Energy FC General Manager Jason Hawkins said the refreshing beer was a favorite at games and proved by the team and Anthem go so well together.

“Anthem and the Energy have a lot in common, so they made a natural partner,” he said. “We’re two brands that stand for quality and commitment to the community, but doing it in a fun and unique way.”

The first 50 people to purchase the newly named pale ale during the Oak & Ore event will receive a free Anthem glass and Energy FC koozie.