As OKC’s soccer team hits the halfway mark of the season, going to the playoffs seems certain. 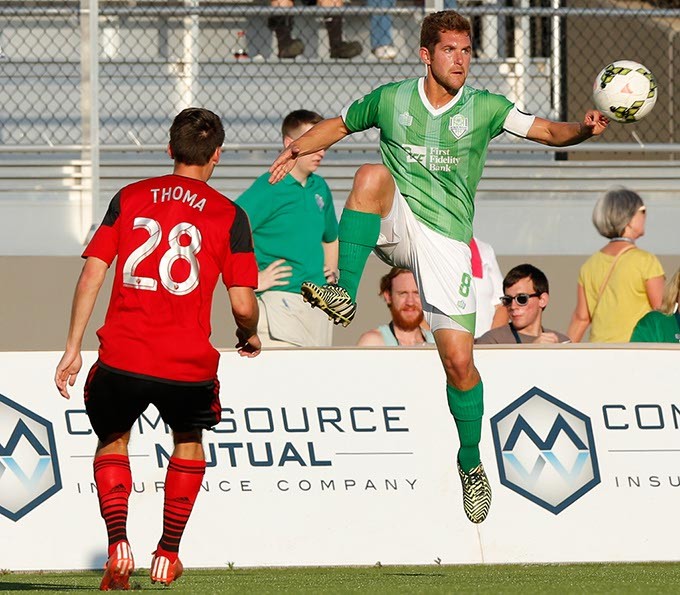 Nearing the midway point of its second season, Oklahoma City Energy Football Club has a new stadium, a handful of new players making a big impact and a new perch near the top of United Soccer League’s Western Conference standings.

The Energy finished 9-14-5 in their inaugural season in 2014 and played their home games at Bishop McGuinness Catholic High School.

After 14 games so far this season, the Energy is 7-4-3 and in fifth place in a tightly packed Western Conference.

Sacramento Republic FC moved ahead of LA Galaxy II to take first in the Western Conference. LA Galaxy II are in second and the Colorado Springs Switchbacks are in third, with the Seattle Sounders FC 2 in fourth place.

The conference’s top six teams qualify for the playoffs.

Six of the Energy’s seven wins this season have come at its new home, Taft Stadium. Originally built as a WPA project in the 1930s and used by Oklahoma City high schools for decades, the stadium underwent a $12 million upgrade and was nearly completely rebuilt to be the Energy’s new home.

Crowds have responded. The Energy is averaging more than 5,600 fans per home game, fourth in the league and up from the 3,700 it averaged last season.

Some new faces have helped in the turnaround. Denmark native Danni König, a forward for the Energy, is tied for first in the USL with nine goals, earning the USL Player of the Week honors twice this season.

Veteran holdovers like captain Michael Thomas, Gareth Evans and Kyle Greig have also been solid. Greig scored five times this season and is second on the team with 11 points, earning Player of the Week honors in early June following a stretch where he scored three times in two games. 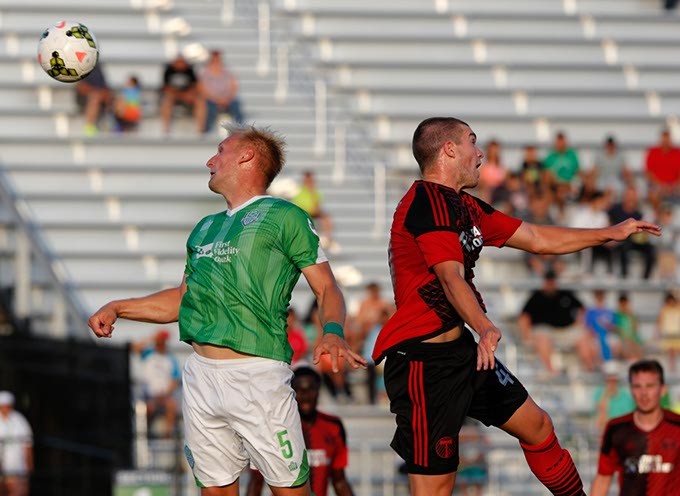 Thomas has been part of a defensive backline that has helped new goalkeeper Evan Newton to a streak of five straight shutouts that ended the week before last. Newton allowed six goals in Saturday’s game against Louisville City FC. The Energy lost 6-2 after tying it two-up after the half.

In all, Energy is No. 5 in the Western Conference with 24 points as of press time on Monday.

Those shutouts were part of a seven-game winning streak that put the Energy atop the standings. Wins over the Switchbacks and Seattle Sounders FC in consecutive games in April got the season off to a strong start that, coupled with a win at Sacramento in late May, have the Energy in a strong position to be one of the Western Conference’s six playoff teams.

But challenges remain if OKC is going to reach the postseason. The team has a trip to Los Angeles for a Sunday rematch with the Galaxy II. It plays again at Taft Stadium July 11 against Orange County.

In all, the club plays nine of its final 16 games on the road before finishing the season at Arizona on Sept. 16, part of a closing stretch in which three of its final four games are on the road. The final home game of the season, Sept. 12 against the Switchbacks, will likely have huge postseason implications for both teams.

If there has been a weakness for the Energy this season, it has been an inability to win on the road. But for now, the Energy is surging halfway through its second season with the playoffs firmly in its sights.

Print headline: Energized, As OKC’s soccer team hits the halfway mark of the season, going to the playoffs seems certain.