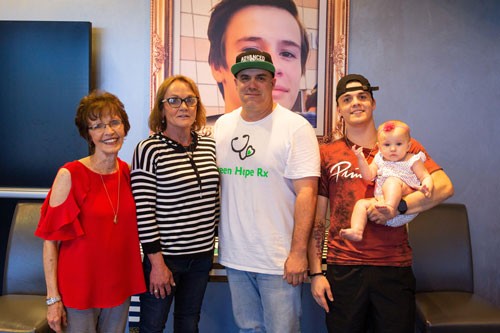 That is an average of 3,500 patients each week since OMMA started accepting patient applications. Based upon the state’s estimated population of 4 million, that means more than 5 percent of all Oklahomans are now card-carrying cannabis patients.

In addition to the boom of dispensaries, processors and growers that have come with the burgeoning cannabis industry, dozens of businesses that specialize in getting patients their doctor recommendations have also opened in the past year.

OMMA told her that there are now about 600 doctors writing medical cannabis recommendations in the state.

“It's just word-of-mouth now, so everybody here, your grandma or your uncle or somebody who's just been debilitated with pain and stuff like that and taking all these opioids, they're beginning to see people get results and going, ‘Maybe they’re onto something here. This is not such a bad thing,’” Harper said. “I think we will just annihilate everybody [as patient numbers go] because that's just the way things work around here. We can't convince people, but other people can convince people sometimes.”

Harper is adopting her model to other states with medical cannabis programs coming online. She will soon be operating clinics in Arkansas, Louisiana and Missouri.

“In order to really get people access, we’re going to find locations wherever we can.”
—Ford Austin tweet this

Dr. Steven Ross operates MMDOKC, 2220 N. Classen Blvd., Suite A. He opened MMDOKC in February and has also seen a slowdown in patient numbers, though he handles individual recommendations by appointment only.

“Most of the people we were seeing were using cannabis for various reasons and were getting the card to kind of be legal and formalize it. Now we're seeing more people who have heard how it's helpful and are coming in to get to try it and see if it helps them,” Ross said. “It’s definitely slowed, and the patient volume has decreased probably at least half. This is exactly what I thought would happen, and so I'm not surprised at all. I am pleased that it's continued to improve where people, through word-of-mouth, are saying, ‘I haven't used cannabis since I was in college in 1982. But my friends are telling me it's really helping their pain and they look happy and better, so I want that too.’”

Ross does both basic and lengthy appointments with patients to help them determine what course of cannabis treatment is right for them and answer any of their questions when it comes to how the plant works to help them, so he said it is very rare that he sees someone seeking a recommendation that does not have a strong medical reason for seeking one.

“It's very rare that I see someone that I think just wants to get high. I mean very rare,” Ross said. 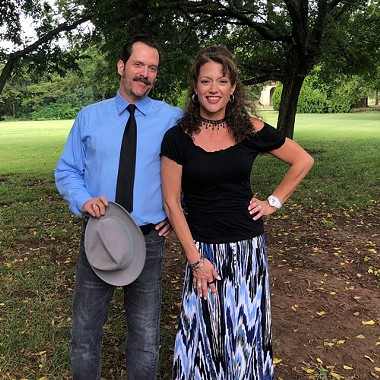 While the fees for patient recommendations have decreased at many businesses, all patients are still required to pay the state fee for a two-year license that is set by statute at $100. That means the entire licensing process in the early stages could easily cost more than $250 per patient. While one of every 20 Oklahomans legally uses the plant for one purpose or another, that price barrier often prevents those who would use or who are already using cannabis for treatment to afford the license itself.

To that end, APCO Med is doing its best to get patients recommendations free of charge. It held its first free patient drive in Tulsa last week and 250 people received their recommendations. Owners Ford Austin and Shayna Marino hope to continue those free drives in Tulsa as well as in Oklahoma City. Due to state law, they were not able to host the drive at their dispensary but instead got access to a nearby space.

“We just decided that in order to really get people access, we're going to find locations wherever we can, where people are willing to donate their spaces and anybody that can donate seating and support, tables and chairs,” Austin said. “There's a girl limping in and out of here. … There's people here on walkers. Definitely a movement where you don't have stoners coming out here. I'm putting a call out to doctors to try and find more physicians to do them for free. There's 200,000 licenses now, but people come out in droves when they realize that they're not being forced to pay to get access to their medication. We're hoping to expand this other physician to get other physicians to do this for free. There’s five people coming every 10 minutes, and there’s no sign of it slowing down. It’s flooded. If we were going to stay here until 9 o'clock, we probably would get close to 500 or 600 people. … People are foregoing getting their cards because of their other bills right now. People are foregoing taking care of their health care because of fucking bills. This is why we need to talk to more doctors and get them included in the conversation.” 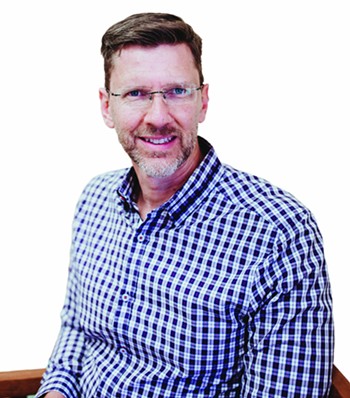 OMMA anticipated 80,000 licensed patients in the first year of operation. Now, before the one-year anniversary of patients being able to legally purchase cannabis products containing THC, it has licensed two and a half times that number. There is no telling where the ceiling is on the number of legal cannabis patients in Oklahoma, but people like Austin, Harper and Ross are continuing to meet the ongoing needs.

“Some people call it competition. I just call it inspiration. When you're talking about helping patients, that's all it is, inspiring each other to do a little better every time,” Austin said.