Fireworks and sparklers aren’t the only ways to celebrate the Fourth of July, especially here in the metro.

Fireworks and sparklers aren’t the only ways to celebrate the Fourth of July, especially here in the metro. From festivals and cookouts to concerts and outdoor events, this year’s roundup might just be the most diverse yet. It boasts the usual suspects (Freedom Fest) as well as some oddities (Watermelon Seed Spittin’ World Championship). Regardless of where you spend the holiday, you’re bound to have a blast.

If there weren’t already enough reasons to love the Oklahoma City Philharmonic, its annual Red, White & Boom! Independence Day concert is certainly a big one.

As a gift to the community, the orchestra presents this free annual performance at State Fair Park. Families are invited to enjoy the concert, which starts 8:30 p.m. Guests can bring lawn chairs and enjoy on-site concessions, making for a fun and culturally enriching evening for all ages.

To cap it off, the night ends with a fireworks display at 10 p.m. following the performance.

How spectacular is LibertyFest in Edmond? Enough that it has been named by CNN and USA Today as one of the top 10 places to be in America on July 4.

With more than 125,000 attendees annually and a huge array of events, LibertyFest doesn’t fool around when it comes to celebrating patriotism. Festivities begin 9 a.m. as a parade of bands, floats, clowns and antique cars make their way down the mile and a half parade route in downtown Edmond.

The day continues 6-9 p.m. at University of Central Oklahoma with ParkFest. It features food, face painting, live music and other fun activities. With an elaborate fireworks display with accompanying music broadcast over UCentral Radio 99.3 FM (KZUC) capping off the day at 9:30 p.m., LibertyFest is the ideal spot for a classic Fourth of July celebration.

The event is free, all-ages and open to the public. 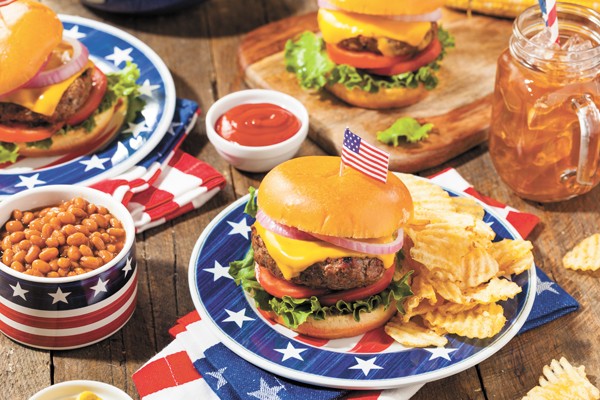 While there might be a huge number of events happening on Independence Day, none are bound to be as low-key and relaxing as Tribute to Liberty.

Families are encouraged to bring picnic baskets, blankets and lawn chairs. There will be food trucks located throughout the event, and a 50-member orchestra band concert will perform patriotic tunes. The evening ends with a fireworks display around 9:45 p.m.

If you’re looking to get away from the kids and celebrate ahead of the big day, Firelake Casino is the place to be Saturday. With four different styles of gaming, it’s sure to be a winning evening.

And because it wouldn’t be the Fourth of July without them, a fireworks display starts at 8 p.m. Admission is free.

Often overlooked in favor of flashier Fourth of July festivals across the state, Moore’s Celebration in the Heartland is a top-notch event. Held at Buck Thomas Park, festivities include food vendors, a youth tent, inflatables and a children’s sand pit.

While the kids are enjoying themselves, adults can peruse the booths of various craft vendors and wineries and take a ride in a DWTA helicopter for $40 per person.

With musical entertainment planned throughout the day and a fireworks display to cap off the night, there won’t be a dull moment at this celebration.

Admission to the event is free. 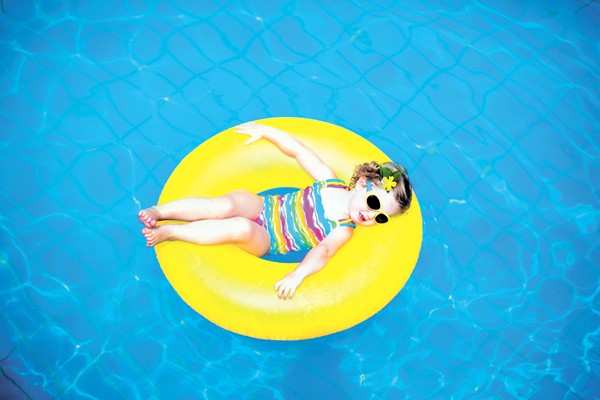 With a name as blatantly patriotic as Freedom Fest, it makes sense that this event would be filled with all sorts of Independence Day celebrations.

There are the usual attractions, like the children’s parade, craft tent and car show. But this year’s festival will also have pony rides, laser tag, inflatables and free swimming at City Splash Pool.

Did you think we were done? Those were just the day activities.

In the evening, festivities continue with a hot dog eating contest, free watermelon and ice cream, a performance by Oklahoma City Philharmonic and an enormous fireworks display at 10 p.m.

If big festivals with big crowds aren’t your jam, try out some small-town celebrations for a more intimate Fourth of July.

Is there anything that embodies small-town charm more than a blackberry festival? For some hometown fun, visit McLoud Blackberry Festival, which began in the 1940s.

In case it doesn’t sound old-fashioned enough, a car show, living history demonstrations and a carnival round out the weekend. The fireworks display begins 10 p.m. Saturday.

The World Watermelon Seed Spittin’ Contest, featured in Ripley’s Believe It or Not and Guinness Book of World Records, is held in conjunction with other family-friendly events.

Participants in six age-based categories try to break the record of Jack Dietz of Chicago, who spat a seed 66 feet 11 inches in 1989. Registration and admission to the event is free.

But if you’d rather watch the contest instead of take part in it, there’s still plenty of fun to be had with a fireworks display and live music.

Guests won’t find any high-tech events or gizmos in Pawnee on Monday, but they will find a whole lot of old-fashioned charm. Be transported back to yesteryear with events like a turtle race, an egg toss, a boot toss and sack races. Kids can participate in tug-of-war tournaments and tricycle races.

After a day filled with low-key events, fireworks go off at 10 p.m.