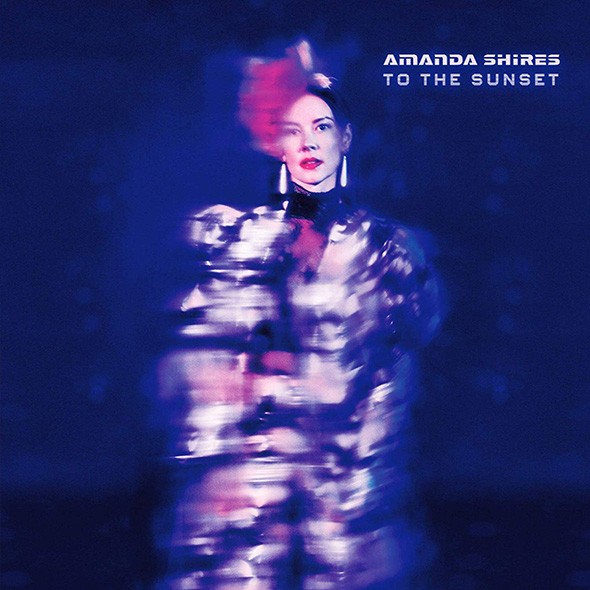 Released in February, Amanda Shires’ “Deciphering Dreams” is an optimistic song about a tragedy.

“In some ways, it’s different for me because it’s a hopeful and kind of happy song,” Shires said. “I have a tendency sometimes to talk more about the heartache of living in songs rather than happy times, but it’s awesome when you get one that’s nice and happy.”

Shires plays 8 p.m. March 21 at Tower Theatre, 425 NW 23rd St. Her most recent single was inspired by dream she had about guitar player Neal Casal, who died by suicide in August.

“It was sort of a closure dream because I had talked to him right before he had done that, and then I was just kind of lost,” Shires said. “What could I have done, or what did I not say? How was I not there for him? But then, like a week later, I had a dream and he appeared there and it seemed like it was cool, and then I made up a song about it.”

The song’s opening scene is surreal and a little ambiguous: “Last night I was standing with you in a purple falling fog / You opened your mouth, tried to speak, but your voice was just a flutter of moths … Maybe you were sending a message / Keep your faith, follow the flame / Could be you’re resting easy / Probably a combination of all of these things.”

“Some of our job as musicians and songwriters is to talk about hard things and try to let others know that
they’re not alone in the world.”
—Amanda Shires tweet this

Shires second-guessing her actions following a friend’s death echoes the lyrics of   “Wasn’t I Paying Attention?” the gut-punch closer to 2018’s To the Sunset. In the chorus, the song’s stunned narrator repeats, “It was a regular morning / No red flags or warnings / No, nothing suspicious / Wasn’t I paying attention?”

“Some of our job as musicians and songwriters is to talk about hard things and try to let others know that they’re not alone in the world,” Shires said.

As a teenager, Shires played fiddle with The Texas Playboys, the former backing band for Western swing king Bob Wills, but as a solo artist, her sound has moved progressively further from country.

“I love that music, but when I started discovering that I wanted to write my own songs and perform them,” Shires said, “I feel like the things that are important to me to talk about — mental health and equality for all and stuff like that — I feel like those are topics that do better in a sound that’s more modern. For me, I feel like it signals forward momentum and forward movement and positive change, and different sounds kind of make me think of a different future.”

Her sound incorporates more rock ’n’ roll now, but Shires’ time touring with The Texas Playboys — which she described in a Texas Monthly interview as “like hanging out with eight granddads” — made a deep-rooted impression on her.

“Every band I’m ever in or playing with, I can’t help it; I compare it to the first band that I was ever in,” Shires said. “That’s where I learned a lot about professionalism and respect for one another. It was one of the best experiences of my life, and none really has compared to playing with them. They had this amazing catalog of music, and they were people that had played with women and would sing women writers’ songs and stuff like that, so when I grew up, I didn’t really know that it was going to be any different, and there along the way, you get shown what the world is really like.”

“It’s such a good feeling to feel like there are a lot of people out there that feel the same ways as we do, that want to effect change or feel that same need to, and not just within music but within whatever fields or industries anyone’s working in,” Shires said. “It just felt like, I guess, a collective-conscience-type thing in the way that the record happened and then the timing of where it fits politically and within the music business. It was a surprise, a very big surprise, in a happy way, because you start out thinking, ‘I don’t know if anybody is going to care at all about this or if people will like it,’ but then you have to forget about all that and remember why you’re doing it.”

The album’s title track is a rewrite of Jimmy Webb’s “Highwayman,” made famous in the 1980s by The Highwaymen, a supergroup featuring Johnny Cash, Waylon Jennings, Willie Nelson and Kris Kristofferson. Building on the original, which follows the different incarnations of a soul being reborn throughout history and into the future, “Highwomen” describes the deaths of women — a healer hung for witchcraft, a mother killed crossing the border with her family, a civil rights activist shot for riding a bus to Mississippi to challenge segregation — punished for trying to improve the world around them. It concludes with the promise, “We’ll come back again and again and again.” “My Name Can’t Be Mama” chronicles the internal struggle between maternal instincts and a hangover. “If She Ever Leaves Me” advises an amorous cowboy he’s barking up the wrong tree: “That’s too much cologne. She likes perfume. ... If she ever leaves me, it won’t be for you.”

“We came together to do this record with the intention of singing songs that are true to the domestic life of women,” Shires said. “There’s more to us than the needy ‘I need a man’ song or ‘I’m sad that my boyfriend left me’ or whatever. We’ve got stories about being a mom, stories about what it’s like to be a woman. We’ve got stories about how we’d like everybody, despite their differences within even our own families, to be able to sit down and eat dinner together without losing their shit. … We just wanted to keep it real without being preachy. We just wanted to show that we can sing all kinds of different songs and we have lessons that can be learned from. We all learn from our moms and sisters and aunts and grandmamas … so why can’t we hear them sing something substantial and more meaningful in a song?”