Oklahoma Medical Marijuana Authority told three dispensaries it licensed last year that they must move because they are too close to schools. 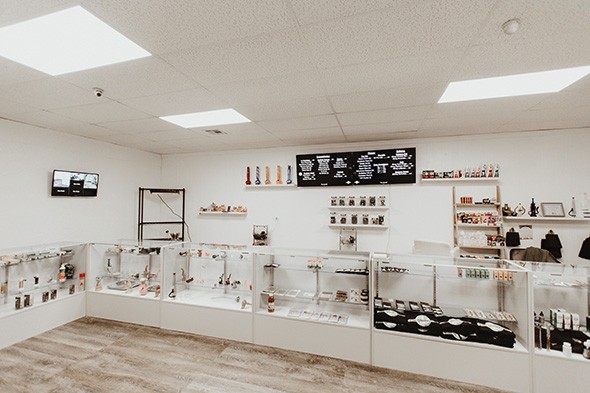 Three metro dispensaries have been told that they are too close to schools and have a month to move by Oklahoma Medical Marijuana Authority (OMMA), the same agency that approved their licenses, apparently without confirming their proof of distance from those schools.

As of April 9, seven other dispensaries across the state are under review for possible violation notices, according to records obtained by Oklahoma Gazette. Records show those dispensaries are in Collinsville, Guthrie, Luther, Spiro and Tulsa as well as two in Pauls Valley.

Rabbit Hole and Gaia’s Favor, which are across the street from each other at NW 23rd Street and Villa Avenue, were investigated and found to be compliant. Those complaints were closed March 20.

OMMA has issued more than 4,200 business licenses. It is unclear whether OMMA confirmed that the licensees have actually met the legal requirements before approving them. While only a handful are being investigated for their proximity to schools, it is unknown how many are unwittingly in violation.

Violation notices were sent out to Gateway CBD & Dispensary, The Green Dot and Ivy League Cannabis on March 21.

“When we looked at it originally, it was from the entrance of the building to our property line. Well, the entrance to said building is like 1,400 feet away,” said Lance Tuohy, the owner. “They’ve called an egress door — an exit door, a fire escape door — the entrance to the school, basically.”

Tuohy said they started the application process last August, received their license in October and started selling cannabis in December.

“You go to the OMMA website and you use their virtual map, their tools that they gave us to do it with, and that’s how we submitted it. With their tools — you don’t use your own stuff, you use their stuff,” he said. “We’ve got hundreds of thousands of dollars tied up in this already. We rented the other half of the building we’re in on a very lengthy lease based on that.”

“If this violation is not corrected within 30 days of receipt of this Notice of Violation, your license will be subject to revocation. Failure to comply will result in administrative action by the Oklahoma State Department of Health (the ‘Department’) in accordance with the Oklahoma Administrative Procedures Act,” the letter states.

The rest of the letter does not mention any appeal or contest procedure, but rather outlines how the licensee can submit a location change request with supporting documentation proving that the proposed location is not within 1,000 feet of any public or private school entrance.

But like Tuohy, the owner of The Green Dot in Norman said she already did just that.

“Everything we did through their website, through their process. We sent them in the information they required using their tools, NCES [National Center for Education Statistics], and still we got approved, and now they’ve come back and said, ‘You do not qualify.’ You have to move within 30 days if we can’t prove that. Thirty days is not even enough time for us to look for another spot,” owner Mayra Pacheco said. “We did the whole paperwork. We’re, I believe, it’s like 1,300 feet away from the main entrance, which is what they were requiring at first. I don’t know if that changed, but now it’s like to the side door, so now we’re like 940 feet away. We were a head shop before. We opened last summer, and they were okay with that. Never had an issue. The state never came back and said, ‘Oh, you’re too close to a school.’ We looked into other shops near the school and they wouldn’t accept us because it was just too close, and this one happened to take us in.

“We applied for our license, didn’t have an issue, got approved and now they came back. It took us by surprise because we were open for business before as a CBD shop and never had an issue. It’s obviously a hit in our pocket because we had to build a wall, we had to build rooms in the back and now we’re out money, pretty much. We’re a small, family-owned business, so we don’t have investors. All the money that came out was from our own pocket, and it kind of sucks that they’re coming around saying now we can’t be here.”

She said they have invested about $30,000 in the business.

“Our lease is still not up, so if we move, we still have to keep paying rent on here,” Pacheco said.

Under the Proof of Distance from a School section on its website, OMMA wrote, “In order to facilitate the submission of proof for this requirement, applicants for licenses may use the federal National Center for Education Statistics (NCES) interactive MapEd tool to research their proximity to a school.” In much smaller print at the bottom of the page appears this disclaimer: “This tool is for reference purposes and the OMMA does not assume any responsibility for technical errors, inaccuracies and other issues that may arise from its usage.”

What follows is a six-page guide on how to use the tool, but OMMA authorities say the agency is not responsible for outcome.

“It’s a recommended mapping tool. It’s not something that’s necessarily required or we’re not saying it’s the only one out there. It was just something to sort of give them a tool to use. Did we promise it was 100 percent accurate? Did they promise it’s 100 percent accurate? No. It’s recently been updated, so some of the data in there may have been old,” said Melissa Miller, OMMA’s communications manager. “It was something that we were hoping would be a good tool for them but not something we said was a guarantee, and it’s not something we created. We just encourage people to do their own research. They have any mapping tool they want to use. They can call school districts. We just encourage them to be sure, do the research they feel they need to do to make sure that they are a thousand feet away.”

Ivy League Cannabis did not respond to requests for comment from Oklahoma Gazette.