Kali Ra prepares for the release of The Monarch and the uncertainties of the future. 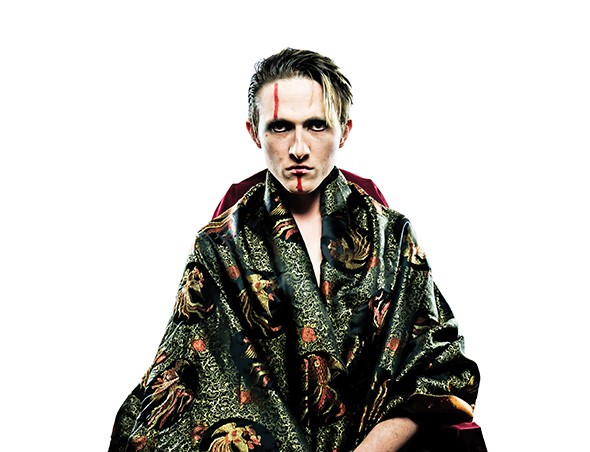 Just before we called Kali Ra frontman David Goad for this interview, he was practicing what he calls “angry yoga.”

“I stand bending back, and I flash my genitals and scream for, like, an hour,” Goad said. “I feel refreshed.”

The practice is cathartic, but “a little painful.”

Kali Ra’s latest single, “Breathless,” was released Sept. 27. Goad said the song is “a bit darker thematically but also stylistically” than “funky” 2018 single “Sunset Boulevard.” Electronics-heavy “Neon Vein” is scheduled for a November release; all three songs will be included on The Monarch, scheduled for a January release. The album, following 2013 debut Electric Living and 2015’s Cocoon, will be Kali Ra’s third full-length release. The “not-so-subtle” symbolism of following Cocoon with The Monarch is intentional.

“My songwriting was improving,” Goad said of Cocoon. “It wasn’t exactly where I wanted to be, but I noticed a significant shift in how I was writing. I was getting better at it, and I was kind of evolving as an artist too, and I thought, ‘I’m going to use the opportunity to develop myself and emerge later as an improved person,’ and I continue that analogy in Monarch.”

The albums share thematic similarities, but Goad’s songwriting is continuing to evolve.

“Stylistically, they all have some significant differences,” Goad said. “Every song is some sort of commentary, politically or social. I started out in Kali Ra, when I split from my old band Of the Tower, doing songs that were kind of more introspective … but I’m becoming more politically outspoken, I guess. That just seems to be more prevalent in my way of writing. I feel like I need to comment on a lot of things, and there’s a lot of things to comment on.”

Goad said Cocoon’s lyrical themes were inspired by “a lot of life changes, and a lot of stuff that sent me into very deep depression.”

“When I was finishing the lyric writing, some significant stuff had happened to me personally,” Goad said. “And on my trip through Europe, I’d seen some telltale signs of rising nationalism, so I was experiencing some pretty significant loss and seeing, additionally, the world around me was shifting for the worse. This was years ago, and I’d seen this and knew it wasn’t going to end well. … That album was pretty morose.”

The Monarch, recorded at Norman’s Bell Labs, is inspired by the birth of Goad’s daughter Jazz and the associated concerns with the “exponential amounts of crises” in the world: “shootings, climate change, the polarization of American politics to the extreme … the refugee crises.” As a parent, Goad said he identifies with people fleeing dangerous situations to seek out a better life for their children.

“The concept of trying to escape literal hell on earth to go somewhere unknown to you,” Goad said, “that theme comes up a lot in the new album, just the sort of braveness, the heroism that it takes to pack up your whole family and go somewhere else overnight to save them. Of course I didn’t like them being vilified. … It is a very bleeding-heart sort of statement, but I think it’s important. I think that telling the story is a way to further humanize them to people who maybe are not thinking about this perspective. They’re not empathizing. They’re not putting themselves in those shoes. I think if people did perhaps the energy toward this would be a lot different, but maybe some people are incapable of that.” 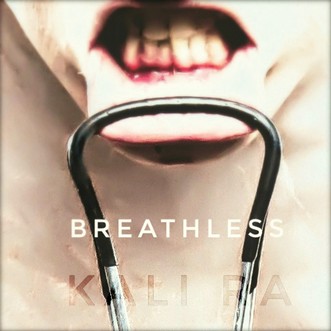 Having a small child has also increased Goad’s anxieties about humanity’s potential prospects.

“Now that I have Jazz, my daughter, and the world is still changing, I fear for her future and her safety and everything, and that also comes up thematically in the lyrics,” Goad said. “How are things going to be for her when she’s an adult? Very heavy shit since there’s not a lot I can do to really dictate the future of the earth. … Songwriting is a coping mechanism.”

Goad wants to develop healthy stress management strategies that he can pass on to his daughter.

“When you become a parent, it doesn’t automatically make you emotionally mature, but it definitely drags you towards that,” Goad said. “You can’t get along very well doing parenting, even the bare minimum, without having some kind of emotional maturity or working on your personal growth because they depend on you to be able to care for their needs but also help them develop emotionally too, to develop their emotional intelligence, so they can have coping mechanisms, so when the shit eventually hits the fan for them, and it will, they can deal with it to some degree at least.”

The Monarch’s title track, named for an unconfirmed government mind-control program, is about veterans suffering from post-traumatic stress disorder and loosely based on a friend’s experiences.

“Monarch was a program used by military as a way to condition soldiers to be able to kill people, to mentally condition them so they can murder people, so in conjunction with the analogy of growing as a person, I also kind of wanted to lean into sometimes we can be a bit delusional and there’s sort of a collective delusion,” Goad said. “You can catch yourself doing that, but I do also reference, directly, brainwashing.”

When Kali Ra began, Goad played with one or two other musicians to backing tracks, but he currently plays with “small orchestras” of eight to 10 people. Someday he hopes to tour with a full orchestra. As he gets older, Goad said his stage presence, known for its physicality, is becoming more subtle.

“I do more acting in the performance of the song itself, more emoting, rather than just doing the Iggy Pop stuff all over the stage,” Goad said. “I still do that to some degree, but the songs have changed. Everything kind of lends to a different performance. For example, there’s a song on the new album that is like an entirely orchestral song. It’s piano and strings, and the dichotomy of that and me jumping around shirtless, hurting myself, would be interesting, but it wouldn’t really sell the lyrical ideas effectively. I think that would just be spectacle and not necessarily the art I intended, but I might try that, just halfway through the song fucking rip off my clothes and beat myself with a pipe or something.”

Admission is $10. The Lunar Laugh and Fresh Juice Party share the bill.