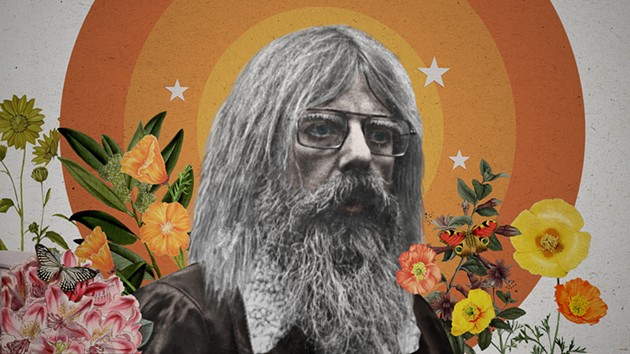 deadCenter Film Festival 2018 wrapped in June, but the event’s organizers are already thinking about the future. Submissions for the 2019 festival open Wednesday, and cutting-edge technology, a returning category and a new eligibility requirement that could increase deadCenter’s potential for Academy Award consideration are all part of the coming attractions.

In hopes of being added to the list of festivals the Academy considers when determining Oscar nominations, deadCenter will only accept films premiering in Oklahoma in 2019. While films that have made their world premieres at festivals outside of the state will still be eligible for inclusion in deadCenter, films that have appeared online or publicly outside of festivals or at any other film festival in Oklahoma will not be considered.

“In the past, we’ve not given any sort of preference to what we call ‘premiere status,’ so it is a big change for us,” said festival operations director Alyx Picard Davis, “but it’s one that we’re really excited about.”

To become eligible for Oscar consideration, Davis said, deadCenter needs to increase the number of premiering films screened each year.

“There are certain preliminary steps you have to take in order to be nominated for an Academy Award,” Davis explained. “Short films in particular, if you play at a qualifying festival, that qualifies you to be on the long list in consideration for the award, and we are constantly looking for new ways to not only grow deadCenter and move us forward … but also we want our filmmakers to grow, and we want to push them. So part of that is why that change is being made. … Ideally, it’s the world premiere, or the U.S. premiere, but we’re starting kind of smaller.”

2019 will be the festival’s third year to screen virtual reality films as part of its techCenter conference and its second to accept submissions in the VR format.

“The technology to accept submissions caught up, finally,” Davis said. “You can submit a VR film to go through the judging process just like any other film, and it’s considered for that category.”

Some filmmakers — such as Wes Hurley and Nathan M. Miller, who directed the documentary short Little Potato and the related VR film Potato Dreams, which screened at deadCenter in 2017 — also create VR films to elaborate on their more traditional works in an immersive, 360-degree environment.

“They followed similar story beats, but they were very different films,” Davis said. “So for me, that’s fascinating to see how storytellers are taking their resources to tell these stories differently, and VR is a lot more dynamic, and it’s a lot easier to get people in. I’m excited to see where people take it because every submission is different. How do you want to treat that 360 world? … Where is technology taking us as storytellers?”

VR’s role in filmmaking is still being determined, Davis said. At the moment, the accessibility of the technology used to create films in the format presents a challenge for filmmakers.

“It’s still early,” Davis said. “People are still figuring out 3D. I don’t know how pervasive it’s going to be because there is a lot of technology related to the production. You have to tell a good story first, but you have to use a different camera. You have to use certain software to put it together. It has to make sense. I do think it’s going to be around; I just don’t think it’s ever going to be as accessible as just going to see a regular 2D film. It’s also a completely different experience being in a VR film.”

VR films can also be a challenge to screen, Davis added.

“Currently, you’re putting on a headset and you’re experiencing it by yourself,” Davis said. “There are versions of this where multiple people put on headsets and they’re all in the world together, but there is nothing similar to a 230-person theater watching the film. At most, there’s maybe 10 people exploring that world. There is technology to make more of that experience more accessible, but it’s going to be limited.”

Davis said that she considers this year’s techCenter screenings a success because people were able to see the VR films with minimal hassle.

“One of our goals is to make it super accessible and not frustrating,” Davis said, “so I’m really happy that we didn’t have lines of people waiting, but they were just able to come in and have that experience.”

Davis said she hopes to one day see movies created using augmented-reality technology similar to that featured in games such as Pokémon Go.

“I want to see an [augmented reality] film,” she said. “I don’t know how you would do it with augmented reality. In my head, it’s kind of like a choose-your-own-adventure story, but in film.”

"You can submit a VR film to go through the judging process just like any other film, and it’s considered for that category." — Alyx Picard Davis tweet this

Returning to next year’s festival are music videos, a category included in deadCenter’s lineups in previous years. Music videos are exempted from the festival’s prohibition on previous public screenings.

Davis said the festival receives about 1,300 films for consideration each year. Submissions open Wednesday and close Feb. 19, 2019. The festival is scheduled to run June 6-9, 2019.