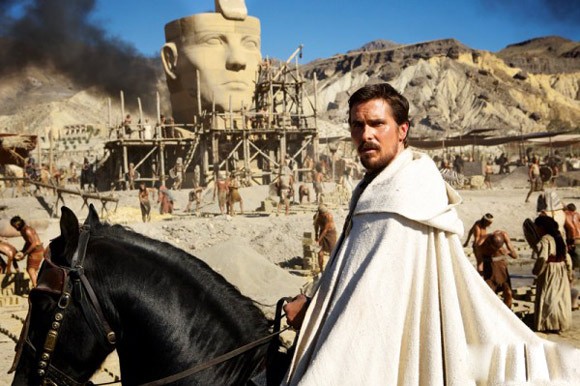 The problem with telling a multi-millennia-old story is the story has been told so many times that you need to change it up to re-tell it. Not change the message, just the approach. Ridley Scott does this with the story of Moses in Exodus: Gods & Kings with exacting precision.

There are two types of change: change for the sake of improvement and change for the sake of change. If you are going to change a story of Moses’ magnitude, it should be altered in way that rectifies the story. Exodus fails to rectify anything, except possibly Egyptian anger toward the U.S. (The film was recently banned in Egypt due to “historical inaccuracies.”)

With an epic cast (Christian Bale, Aaron Paul and Joel Edgerton) supported by an array of well-known actors (Ben Kingsley, Sigourney Weaver and John Turturro, just to name a few) and all the visual effects you could possibly hope a $140 million budget can afford, one would think this would be enough to forge the right type of change. In this instance, unfortunately, Scott chose poorly and chose change for the sake of change, turning this hero epic into an epic failure.

Being in Oklahoma, we can get caught up in the technicalities and accuracies of a biblical story and blame any “inaccuracies” for the failure of this film. In fact, the nature of this story is simply to inspire. I wouldn't have minded this biblical story being told from a different perspective, making it perhaps  inaccurate, if it had made the story more compelling. It didn’t.

Never mind the controversy over Moses' vision of God as a child, which is a simple way to illustrate the great differences in the God of the Old Testament in contrast to the New Testament. This story, despite its familiarity, lacks history with its characters. If we are to understand Moses’ struggle, perhaps we should have been allowed to get to know Scott's version of Moses. If we were to be drawn in by the relationship between Moses and Ramses, maybe we could have seen examples of their relationship outside the throne room.  In one scene, Ramses (Edgerton) attempts to forcefully interrogate the character of Miriam (Tara Fitzgerald) by threatening to sever her arm. The scene creates very little concern for Miriam’s safety. You are not appalled at the actions of Ramses, nor do you feel the struggle within Moses (Bale).

It's the same reason you can watch the news at 10 p.m. and not sob at every story in the world: We do not know the characters involved. We do not know the characters of Exodus because Scott failed to establish an emotional connection between them and the audience. His straightforward effort to tell the story failed to provide enough character background for high drama to occur, despite the well-known material.

Historical and theological technicalities aside, this is a story of a man who is the hero of his people and is to lead his people out of slavery into freedom at the request of a god. This is a story that, in its very nature, must be inspirational for it to even have a reason to exist, and it just wasn't. Bale (Out of the Furnace, American Hustle) is a stellar actor with numerous roles under his belt. However, his typical brooding persona in this case delivers a performance that just does not work for the character. Generally speaking, it is okay for a prophet to be uncomfortable in his role as a servant of God and the savior of a people because that is a hard road to walk. However, Bales' portrayal of Moses led this reviewer to think he was just irritated with being chosen for this role.

This all culminated in an array of rigid performances set against some possible great location shots and dazzling green screen effects. Those elements combined leaves one eager for the appearance of the plagues just for the hope of something interesting. Even the plagues fell short, became cliché and uninteresting. Scott leads the audience to believe that the Nile River ran blood-red because of some sort of crocodile rampage in which nature turned on itself. This is fine, even for this movie. However, he should have showed a sweeping shot of the Nile with the carnage in effect instead of what otherwise looked like an isolated incident. By doing this, Scott attempts to make the plagues look like natural occurrences of a supernatural proportion. This is probably an effort to show the world that just because it is nature does not mean it isn’t God’s work.

Adding to this is an array of under-used, miscast performances that delivered caricatures of the people they were playing. This is best exemplified in Turturro’s performance as Pharaoh Seti. Instead of a Hollywood blockbusting dramatic role, Tuturro more resembled a character best suited for a Mel Brooks movie.

Great moviemaking starts with great storytelling. That is moviemaking 101, and you would think someone like Scott would know this. With great storytelling comes inspired directors who can push even mediocre actors into delivering wonderfully inspirational performances. This is how actors become recognized and go on to have great bodies of work. So with acute clarity, having a director of Ridley Scott's successes, a team of actors that would rival any and a talented effects crew, the failure of this story lies with its  committee of writers, leaving this reviewer believing in this instance that making it bigger doesn't make it better.

Instead of Exodus, stay home and watch The Ten Commandments instead. This way, you can at least have your pomp with inspirational performances of true biblical proportions.