The City of Norman became the first in the state to extend nondiscrimination protections to LGBTQ+ individuals. 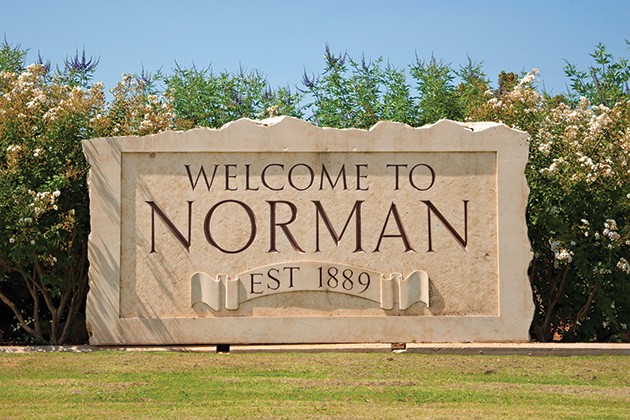 Norman City Council voted 8-1 to amend its civil rights ordinance to add protections on the basis of sexuality, gender identity or expression and same-sex marriage. The protections are now in place and affect employment, housing and public accommodations.

Norman United, an interfaith group formed to support the LGBTQ+ community, spearheaded the efforts and played a big part in extending protections. However, Tom Kovach, one of its founding members and a former Norman councilman, said the efforts have been ongoing for decades.

“Back in the ’70s, they tried to do this change,” he said. “When Harvey Milk in San Francisco started this movement of trying to include LGBT protections — to codify them — Norman tried to do that. They came within one vote of passing it back in the ’70s, but it failed and kind of laid dormant all those years.”

When Kovach was elected Ward 2 councilman in 2008, he was the first openly gay member of any city council in the entire state. That year, he said the Human Rights Commission of Norman approached him about making the ordinance change.

“There was some pushback from some people on council. They thought that that was too bold of a step,” Kovach said.

“A bunch of people came out to the city council meeting to protest the proclamation of Gay History Month,” he said. “There was a lot of ugliness said that night.”

The proclamation eventually passed, but a week after attending the hostile meeting, 19-year-old Zach Harrington took his own life. His family said he struggled with his identity and the “toxic” council meeting might have pushed him over the edge.

Following the 2010 proclamation, nothing else was introduced to protect LGBTQ+ individuals until Norman United formed in 2014. Kovach said there was resistance from councilmembers who said an ordinance would cause backlash and instead suggested a resolution, which is not legally enforceable.

Kovach said that by and large, the ordinance accomplished much of what Norman United set out to do.

“It feels very good and just goes to show that when you have even a relatively small group of people who are determined to work together, they can get something done. It’s also bittersweet,” he said. “It’s great that this council stepped forward and made the change and set the tone for the whole state of Oklahoma, but it’s also a lesson. … In all this time that we’ve been trying this, this really could’ve been done 11 years ago. It could’ve been done back in 2014. Sometimes well-meaning people, they don’t want to rock the boat too much, but those are often the people who aren’t ... suffering this inequality.”

“I’m very interested in working with the fellow council people to see where we can provide dignity for people who live and work in Oklahoma City.”
— James Cooper tweet this

Kovach hopes people understand that the measure does not create any special rights for the community, which have been the prominent arguments against it; it simply includes them in an existing ordinance.

“What’s important for people to recognize is that when you’re in a minority and you’re being discriminated against and you’re being treated unfairly, then it takes the weight of government to reverse that,” he said. “People are still being beat up; people are still being discriminated against. In most places, they’ll be fired just for being gay even though you can be married legally. … This is just trying to balance the playing field so every citizen has equal rights and equal protections under the law. That’s the whole point of it. This is not to elevate any group, but to protect everyone.”

In an email statement from Freedom Oklahoma, executive director Allie Shinn said the ordinance serves as a model “for what’s possible in a conservative state like Oklahoma.”

“This is a first for Oklahoma, but we know that there are many cities that will follow suit. Norman’s leadership on this issue places them at the forefront of the movement for LGBTQ equality in our state,” Shinn wrote. “We’re thrilled for their support and eager to work with cities across Oklahoma who are ready to adopt this model for equality.”

Oklahoma City Ward 2 councilman James Cooper, who became the city’s first openly gay councilmember when he took office in April, said he has already had some conversations about OKC’s protections.

“Congratulations to the people of Norman and their city council and their mayor for believing that all people means all people. It’s just such a no-brainer for me,” Cooper said. “I’m very interested in working with the fellow council people to see where we can provide dignity for people who live and work in Oklahoma City. … I haven’t spoken with everybody yet. That’s going to come. A lot of this is going to require educating my fellow councilmembers on those laws and that history.”

Despite receiving overwhelmingly positive responses to his election, Cooper said he was disheartened at some people’s reactions when he would bring up anti-LGBTQ+ laws. He said people either did not believe, did not want to believe or just didn’t know how recent they were.

“I would remind everybody that until 2015, people weren’t able to marry the person they were in love with if they were of the same sex. That’s four years ago,” he said. “I’d also remind people that until 2003, it was federally a crime for someone to be in any form of same-sex interaction. Being gay was illegal. That was literally until Lawrence v. Texas. So this is very recent history. … We have a ways to go.”

Since he has taken his place on the council horseshoe, Cooper has used the platform to discuss the history of anti-LGBTQ+ laws, particularly during Pride Month. He said educating the community and other councilmembers is an important step toward better protections.