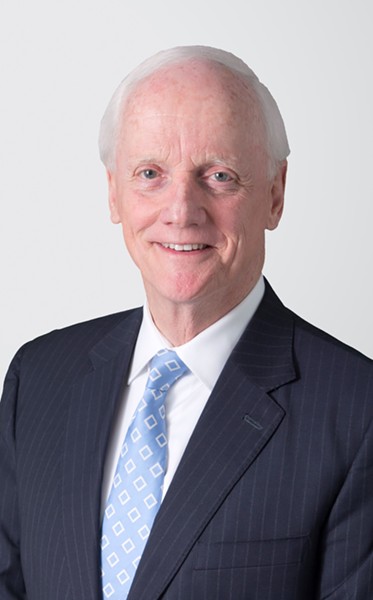 To say that taxes are unpopular among Oklahoma conservatives is an understatement. If the past decade is any indication, Republicans here are willing to hold the line on this issue, even when it comes to educating the state’s children.

Earlier this month, former Gov. Frank Keating and Larry Parman, former secretary of the commerce and state departments, co-wrote an opinion piece in The Oklahoman that gave a familiar argument against tax increases alongside something else entirely – the idea that raising public school funding wasn’t worth it.

“During the past decade, public school spending has increased, but the extra money has not translated into any notable academic improvement,” the pair wrote. “Instead, we keep getting the same results at higher cost. That’s not progress.”

Citing data from Oklahoma Senate Republicans, Keating and Parman wrote that total funding for state schools went up about $2 billion from the 2008 to 2018 fiscal year. “Funding was higher even after accounting for inflation and student population growth,” they claimed.

In theory, an increase of $2 billion should have stopped about 30,000 teachers, including Oklahoma’s 2016 Teacher of the Year, from leaving the profession. It should have slowed the number of emergency certifications issued to teachers without accreditation, a number that multiplied from 32 in the 2011-12 school year to 2,852 in December – a mind-boggling 8,813 percent increase. And maybe the funding increase would have dissuaded school districts from turning to four-day school weeks to save money, a practice that could be curtailed if the governor signs a bill passed by the House last week.

Maybe that funding increase would have impacted all of those elements that have become commonplace in Oklahoma’s education system. But according to numbers I received from the State Department of Education and federal appropriations data, there was no $2 billion increase.

Appropriations funding went up during the last two fiscal years as Oklahoma teachers earned salary increases after a nine-day teacher strike last year. That win for educators followed years of post-recession cuts. According to the Center on Budget and Policy Priorities, Oklahoma had the second-highest drop in per-student spending in the country from 2008 to 2019, with a 15 percent decline based on inflation-adjusted figures. From 2008 to 2016, before recent funding increases, Oklahoma’s funding dropped 27 percent – the largest cut in the country, which was simultaneous to personal income tax cuts.

In 2016, Oklahoma lost 1,530 teaching jobs and 1,351 support staff positions. That year, Oklahoma House Speaker Jeff Hickman told The Oklahoman, "The Center for Budget and Policy Priorities suggests Oklahoma has cut funding for education, despite the fact that legislative leaders have worked hard to preserve funding levels for schools in the midst of a historic economic downturn driven by the energy sector.”

Working hard is hard, but the Legislature did cut education funding. Hickman also made the point that Oklahoma’s total ed funding (likely including revenue sources and federal funds) stood at $8.2 billion in 2016, the subtext being that public schools could cope well without state funding.

That point is a recurring theme from Oklahoma Republicans. Curtis Shelton, a policy research fellow for conservative Oklahoma Council of Public Affairs, recently made a similar point. He argued that “appropriations don’t paint the whole picture” after running through the education department’s revenue and federal funding sources.
“Focusing only on appropriations is like the owner of a local sporting goods store only focusing on how many basketball shoes he sold over the last quarter, all the while ignoring the fact it was baseball season and the store sold more gloves and bats then it ever had before,” Shelton wrote.

Not to rain on this sports equipment analogy, but according to the U.S. Department of Education, state and local entities bear the brunt of responsibility for education funding. As of 2017, 92 percent of funding at elementary and secondary levels across the country is from non-federal sources.

What do Oklahoma’s numbers say?

To factcheck Keating and Parman’s claim of a $2 billion increase to state school funding, I asked for appropriations figures from the Office of Management and Enterprise Services (OMES) and SDE. OMES pointed me to budget reports that appeared unreliable, as they detailed three different appropriations figures to SDE for a single fiscal year.

Almost a week after I first asked for the information, SDE provided me with all the numbers I had asked for, which included three years of appropriations that didn’t match with information from OMES. Deana Silk, an SDE spokeswoman, told me the education department’s numbers were correct and attributed the conflicting amounts to funding shortfalls and other factors that OMES omitted from their figures. A spokeswoman for OMES did not respond to an email or phone call requesting clarification of the numbers.
For the fiscal years connected to Keating and Parman’s statement, 2008-2018, state appropriations to SDE dropped by about $140 million — not an increase — to land at $2.4 billion, according to the department’s figures. By the end of that decade, the state’s financial support of schools dropped by about $215 million and SDE axed funding for all textbooks and instructional materials, a $33 million cut.

A disparity like that — a $2 billion increase versus no increase at all — made me wonder if Keating and Parman had added in other funding sources, like revenue, which is categorized differently from appropriations during budgeting. But while criticizing Oklahoma’s performance on the National Assessment of Education Progress exam, the pair wrote, “The state boosted total school spending by $2 billion and academic results were stagnant. Those results would earn a ‘D’ by any standard.”

It seems there is no other way to interpret what kinds of numbers Keating and Parman were talking about, and those numbers were appropriations from the state. My conclusion here is that they were incorrect in saying state education funding went up by $2 billion from 2008 to 2018. In fact, it went down by $140 million.


This piece was produced as part of a partnership between Oklahoma Gazette and Big If True.
Mollie Bryant is CEO and editor of Big If True, a 501(c)(3) nonprofit based in Oklahoma City. Bryant can be reached at 405-990-0988 or bryant@bigiftrue.org.