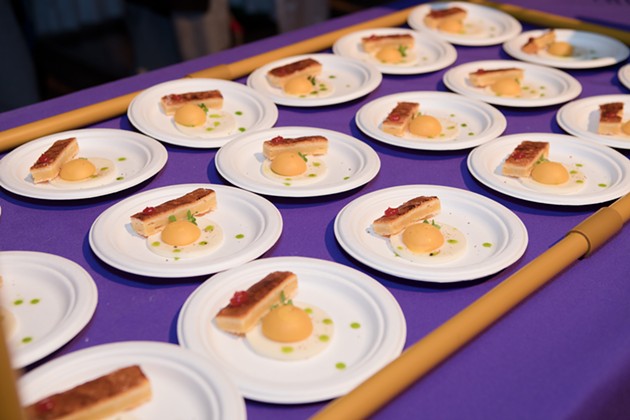 Humpty Dumpty, who often finds himself in precarious positions, will be in the spotlight in March when Oklahoma City Museum of Art, 415 Couch Drive, holds its 35th annual Omelette Party with an enchanted theme.

Art supporters can expect a storybook world at this year’s event, inspired by classic fairy tales.

“The theme of An EGG-chanted Fairy Tale really lends itself to visual spectacle and audience interaction,” said Becky Weintz, OKCMOA director of marketing and communications, in an e-mail to Oklahoma Gazette.

Attendees should keep a sharp eye out for fairy-tale characters roaming the event.

“Through playful vignettes, dynamic lighting and themed costumes, we want our attendees to feel like they've leapt into the pages of their favorite fairy tale storybook,” Weintz said. “And we could not pass up the opportunity to creatively incorporate Humpty Dumpty.”

Party-goers are encouraged to dress for the theme.

“Attendees take that fairly seriously!” Weintz said. “We're looking forward to plenty of fun new costumes and, of course, lots of new opportunities for bad egg puns.”
In addition to the egg-stravagant costumes, 20 chefs and restaurants will provide gourmet omelettes.

Weintz said in addition to the omelettes, the party also features live music and an art raffle. More than 60 artists are featured in the raffle, which she said is one of the highest levels of participation ever.

In 1968, a second museum, Oklahoma Museum of Conservative Art, was founded. These museums operated separately, but the economic woes of Oklahoma City in the 1980s made supporting two art museums a challenge.

The museums merged their boards of trustees in 1989 and adopted the name Oklahoma City Art Museum. In 2002, following a fundraising campaign and building program, the new Oklahoma City Museum of Art opened in its current location at 415 Couch Drive.
But before all that, the idea for Omelette Party was hatched — in a hot tub, of all places.
In an OKCMOA blog post titled “How the Egg Hatched,” the origins of the Omelette Party are revealed.

When OKCMOA was still OCAM, Caroline Farris began working in the sales and rental gallery ArtsPlace.

“The concept for the Omelette Party was actually conceived in a hot tub party by Terri and Tony Beals, Kay and John Adams and George and Sharon Seminoff as a financial support for ArtsPlace,” Farris wrote in the blog post.

Seminoff and Adams were the original Omelette Party chefs. Farris and her husband, Les, joined the committee in 1987, where they stayed for more than 25 years.

In the early days, it wasn’t all glamorous work.

“The committee used to break all of the eggs, clarify all of the butter and buy all of the ingredients for the party and finally clean up and carry out the trash,” Farris said. “But of course, it wasn’t very large in those days.”

Now, the event draws more than 1,000 attendees and helps fund the museum’s activities and attractions that draw more than 125,000 visitors annually.

“Through fundraisers like the Omelette Party, we are able to bring the very best exhibitions here to Oklahoma City,” Weintz said. “We are egg-cited to host Van Gogh, Monet, Degas this summer.” 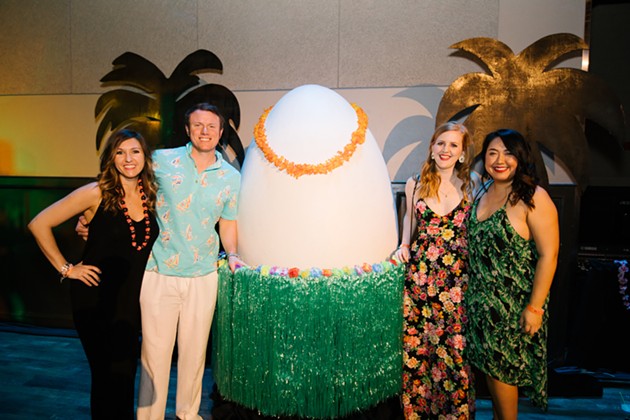