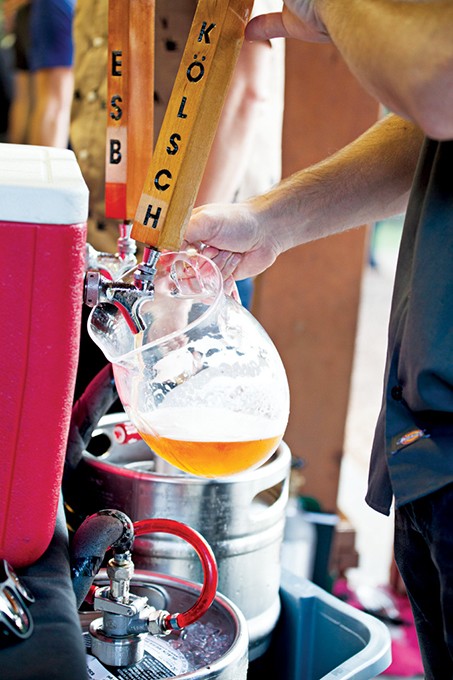 Oklahoma City Zoological Park and Botanical Garden’s most prolific (and boozy) fundraising event returns Sept. 28. ZOObrew, a craft beer festival orchestrated by Oklahoma Zoological Society, celebrates its 10th anniversary with an evening of live music, games, food trucks and, of course, three hours of tasting beer from around the state. As the prevalence and presence of microbreweries and artisan taprooms continues to rise, so too has the impact of ZOObrew.

Originally the idea of Byron’s Liquor Warehouse and the state’s zoological society, ZOObrew has quickly grown into the most successful of the zoo’s fundraisers over the past decade. Throughout his life, Byron Gambulos of Byron’s has established his very vocal and active backing for the mission of Oklahoma City Zoological Park and Botanical Garden. Matt Burkholder, coordinator of special events and sponsorship at the zoological society, recalled the idea that blossomed into the festival as it is now.

“Byron has always been a huge supporter of this institution,” Burkholder said. “He felt a beer festival would be an appropriate event for the zoo, given the avalanche of new breweries coming to Oklahoma. He felt there was not a better place than the zoo for them to showcase their products.”

Beer festivals are common and popular within the metro, given the astronomical success of outings such as Oklahoma Craft Beer Festival in May. However, ZOObrew offers something unlike the majority of comparable gatherings: a stunning locale.

“Though a lot of beer festivals have been popping up throughout the city, I think the Oklahoma City Zoo has the most prime venue to host an event like this,” Burkholder said. “There’s new breweries and food trucks emerging every year, and we have one of the few venues that can continue to sustain their growth. I believe that’s a big difference between us and other festivals.”

The long-term success of the zoo has always been dependent upon the generosity and support of the community. Without the continued success of events such as ZOObrew, the zoo itself is limited in its ability to maintain its exhibits and build new ones.

“Without the boon of fundraising, we’re unable to give the animals we have a chance to thrive in this setting,” Burkholder said. “The OKC Zoo and its staff do a top-notch job in maintaining these necessary environments, and less fundraising means far less visible growth in those areas.”

However, with these successful fundraisers in tow, the zoo has exponentially grown in the last decade. With the imminent arrival of a new baby elephant comes the mass overhaul and expansion of the zoo in the form of Sanctuary Asia. Attendees of ZOObrew will likely see their contributions put to work in the creation and maintenance of the zoo’s latest installation.

OKC Zoo is one of the premier attractions in the city, and the momentum of ZOObrew and other events will continue to ensure its status.

“By taking part in ZOObrew, people are supporting the animals and the zoo’s curators throughout their daily operations and more,” Burkholder said. “These events not only make sure we’re exceptional regionally, but also nationally as one of the top zoos. The importance of this event has really shined over the last 10 years. Weather permitting, this will be the biggest ZOObrew yet.”

In other words, kick back and enjoy a cold one; it’s for the animals.