Fall into seasonal menus across the OKC metro

The fall season ushers in a time of sweaters, bonfires, hot drinks and comfort food. Many of the metro’s restaurants make menu changes to fit the season and offer customers the tastes they crave when the temperature begins to drop.

Thanksgiving can’t come soon enough. To hold you over until Nov. 23, visit the N. May location of Cafe 7. On Oct. 1, the Gobbler sandwich returns to the seasonal menu. This turkey sandwich is anything but ordinary. Mouth-watering smoked turkey, comforting and carb-filled stuffing and the sweet and tart flavor of cranberry dressing are sandwiched between two sides of a toasted roll. It is sure to hatch memories of Thanksgiving dinner. The chicken pot pie and Flamin’ Hot Cheetos pizza also make an appearance on the seasonal menu.

The fall influence at The R&J Lounge can be felt on the drink menu, where the restaurant recently unveiled three fall drinks. Traditional fall spices like ginger, cardamom and cinnamon can be found in pho, so the Good Morning Vietnam uses those flavors with an aromatic syrup that tastes and smells like the Vietnamese soup without the savory elements. It is balanced with Bombay Sapphire East, a gin made with lemongrass peppercorns. The Live Free or Chai Hard cocktail is a warm fall drink that uses Urban Teahouse’s coconut chai tea, plantation rum, cream of coconut and averna, an amaro with flavor reminiscent of dark chocolate. The Autumn Equinox is a fall take on a classic summer drink, the Negroni, which adds rosemary to campari, and uses bourbon barrel-aged gin mixed with Frangelico hazelnut liqueur and local strong ginger tonic.

At Mary Eddy’s, chef Jason Campbell has free rein to create an innovative menu that changes nearly every week. His latest menu includes three fall-inspired dishes: a seared duck breast with pozole verde, roasted acorn squash with kale and butternut squash hummus. The duck is served with masa dumplings, braised hominy, avocado and cilantro. The roasted squash salad is served over kale and mustard greens with pink pearl apples, spiced pumpkin seeds and Batista cheese topped with an apple cider and pink peppercorn vinaigrette. The Israeli-style hummus, which contains more tahini than Greek-style, is topped with butternut squash puree, burnt honey and house-made “everything” spice and is served with fresh naan.

The charming breakfast and lunch place that puts a unique spin on biscuits — have you tried the Plaza Jam? — is capturing the flavors of fall in its Sweet and Savory Breakfast Scramble. Think scrambled eggs, but add caramelized peppers and onions, mushrooms and tomatoes. Toss in maple-infused breakfast sausage from local Schwab & Co. and chipotle cream. Finished the scramble with a maple drizzle. Maple just might give pumpkin spice a run for its money this season. Bon appétit!

At Oklahoma City’s ode to grilled cheese, the fall menu includes the November return of one of its most popular items: The Tryptophantastic. It’s a Thanksgiving meal on a sandwich. Turkey is topped with stuffing, cranberry sauce and Swiss and cheddar cheeses for a fall treat that will leave you in a coma. At The Mule’s sister restaurant, Anchor Down, 30 NE Second St., a deep-fried turkey sausage is served with a side of brown gravy.

Toast is sometimes seen as a last-minute clutch breakfast, but anyone who orders the breakfast staple from Cafe Evoke will want a good long while to savor their loaded and toasted slice of bread. Evoke is planning on releasing a new toast creation each week throughout the fall, including the honey pear with whipped honey ricotta, Bartlett pears and crushed pistachios and the PB&B with peanut butter, berry compote, fresh strawberries, cinnamon sugar mascarpone and powdered sugar. 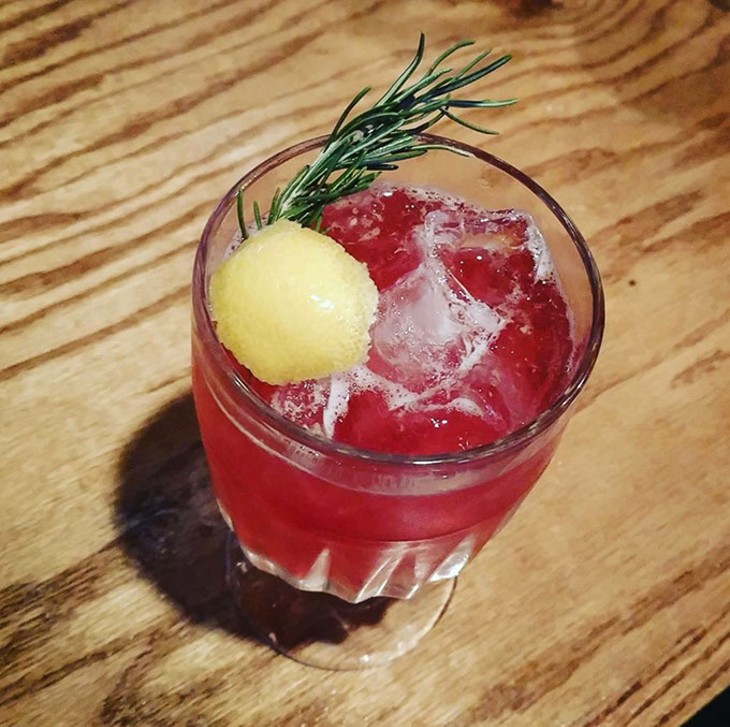 The Pritchard unveils its fall menu later this year, but its seasonal cocktail specials are already being served. Game of Thrones fans and staters of the obvious will both enjoy Winter Is Coming, a blend of Old Overholt rye whiskey, honey ginger syrup, apple juice, lemon juice and candied ginger. Another anticipatory offering (and television reference), is I Dream of Ginger(snaps), a creation the includes E&J brandy, Art in the Age Snap liqueur, Laird’s Applejack brandy and lemon juice.