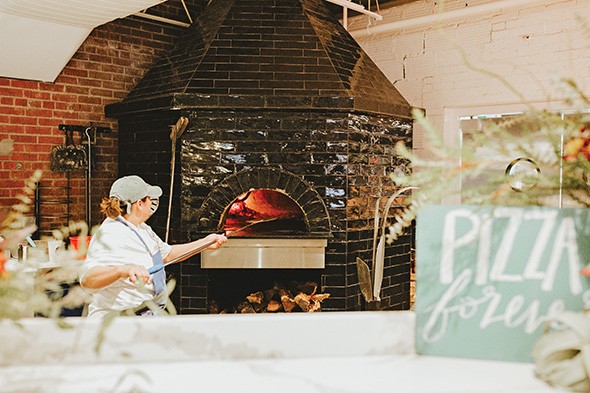 A family food tradition has spurred The Hall’s Pizza Kitchen from food truck to a successful Midtown location that will celebrate its two-year anniversary in May 2019.

The commitment to hospitality and delivering the same pizza that started a Saturday evening tradition in the Hall family home has driven the success of the family-run business, Molly and Elise Hall said as they were seated in the rustic second-floor dining room they lovingly refer to as “the family room” of the 1004 N. Hudson Ave., Suite 106 location.

“We always had people over for dinner,” Molly Hall, the restaurant’s managing partner, said. “It’s how my mom loves people, through food. When you taste her food, you can tell, ‘Oh, she’s loving me through this.’”

Molly’s mother Lori Hall is the culinary director for the restaurant, devising its weekly pizza feature and rotating seasonal menu additions. Her father Lorne Hall is the financial director, and Elise Hall manages the food truck and marketing.

Hosting people comes natural for the Halls. It started as the weekend pizza night tradition attracted family and friends to their house and continued as they started the food truck in 2013 as a way to pay for the upcoming tuition of Molly Hall’s semester at University of Oklahoma. When they moved into their Midtown brick-and-mortar location, they decided to double down by renovating the second level of the restaurant and adding a rooftop patio.

Each space is full of natural light and downtown views perfect for event hosting.

“We call it the family room because it speaks to the hospitality aspect of our family,” Elise Hall said. “We want to share that with other people, and it’s perfect for weddings, rehearsal dinner and office parties.”

The building at the corner of Hudson Avenue and Ninth Street houses The Hall’s Pizza Kitchen and other establishments such as Barrios Fine Mexican Dishes and Capitals Ice Cream in former Swanson’s Tire Co.

The upstairs family room at The Hall’s is a former living quarters that included multiple rooms and a shower for an employee of the company. The walls were torn down and aesthetic design choices were made to showcase some of the building’s original paint and brick.

“We wanted to keep as much of the space to be true to what it was,” Elise Hall said, noting that the green paint in the room has become a key part of the Hall’s Pizza Kitchen branding.

With a solid product in tow — wood-fired pizza — the Halls said they benefitted in the transition from food truck to brick-and-mortar because they didn’t have to spend weeks devoted to menu tastings, instead focusing on management issues like seating guests and marketing. 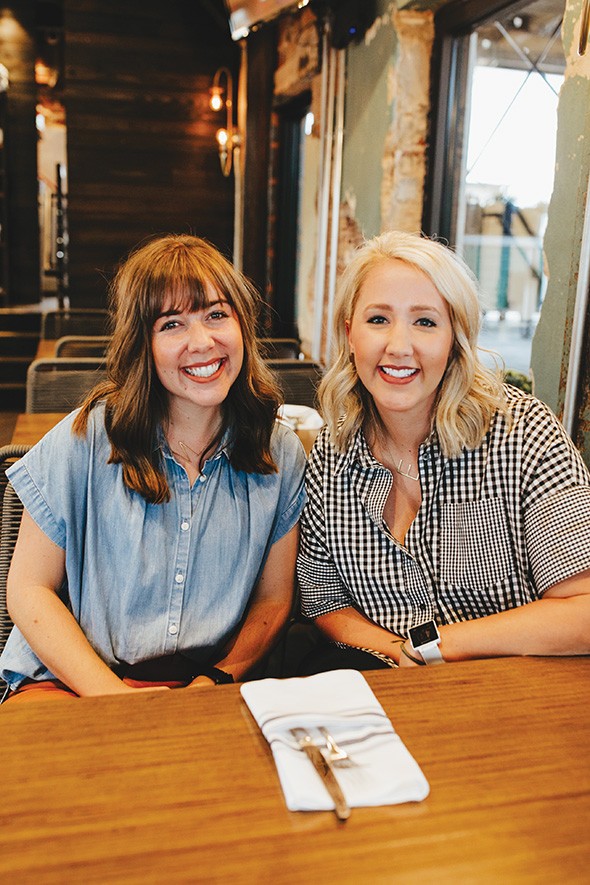 The menu has expanded slowly over its year in operation as successful specials make their way to full-time rotation.

The No. 1 selling pizza — the Saturday Night — is the same pizza that has been the family’s go-to for over 20 years. It includes pepperoni, sausage, red sauce, fresh basil and mozzarella. The Company, Hall’s version of a meat-lovers, and the Matt, named after a cousin who requested a vegetarian pizza during family get-togethers, are other longtime family staples.

“We want approachable toppings that people will crave done in a unique way,” Molly Hall said.

All full pizzas are $20, but slices of Saturday Night, Company, Matt, cheese and a daily special are available for $4 a slice.

The secret to Hall’s is the massive wood-burning oven. At its peak, the oven can reach temperatures that push 850-1000 degrees Fahrenheit and cook pizzas within a few minutes. The oven takes a few hours to reach temperature, and staff start building the fire before 9 a.m. to be ready for 11 a.m. lunch service. On the weekend, the restaurant’s pastry chef cooks bagels for brunch service while the oven is at a lower temperature.

The Hall’s Pizza Kitchen also offers huge fresh cookies that include a gluten-free option and dessert of seasonal cheesecake ($9) and apple cake with pecan streusel, cardamom anglaise and ice cream ($8).

In recent weeks, The Hall’s Pizza Kitchen has added delivery by bike for offices and houses near its Midtown location. The food truck remains operational for special events and can be rented for private event catering.

“Sometimes it doesn’t feel real,” Elise Hall said of the family’s successful restaurant. “I would come by every day during construction, and it felt like it would never be finished. We’ve created something fun, and it’s exciting to be able to provide an experience for our guests. We celebrated an engagement this week with a couple who had their third date here last year, and that was really special.”