Federal and state officials fight against the opioid epidemic 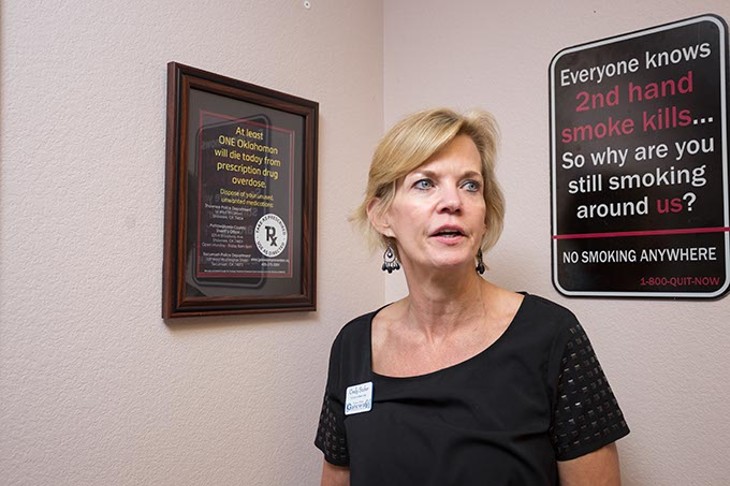 “When someone is getting off opioid dependence, they think they are going to die,” stated Cindy Stober while sitting in the small private waiting room at Gateway to Prevention and Recovery in Shawnee.

“They really do,” said Stober, Gateway clinical director. “One pill or one snort will stop it immediately.”

The relief or high an addict seeks from swallowing a single painkiller pill or snorting a pill crushed into white grains isn’t the answer. Regular use of opioid painkillers, even when taken as prescribed, can cause a tolerance for the medication, requiring higher, more dangerous doses to achieve the same effect. This tolerance can lead to physical dependence and addiction.

“It becomes a life-and-death situation,” explained Paul Johnson, Gateway medical director. “We can’t just tell people to stop drugs, [to] just say no. We are losing good people. … People don’t expect to die from taking just a little bit more. They think it will be fine. They don’t want to die from drugs, but it is devastating to their families and loved ones.” 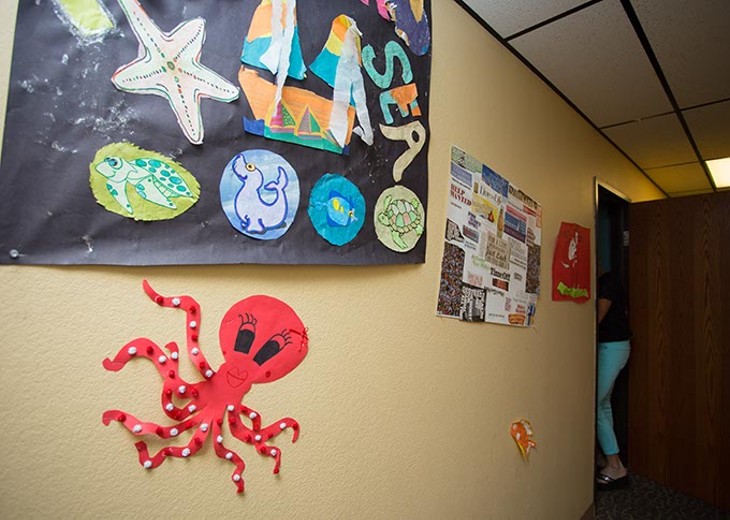 Last year, Oklahoma recorded 823 drug overdose deaths, according to the Oklahoma Bureau of Narcotics & Dangerous Drugs Control. It was a slight drop from the year before, when the state reported 870 people died from a drug overdose. However, over the last decade, the drug overdose death toll has risen by 45 percent.

A majority of all drug overdose deaths result from a combination of several drugs, such as hydrocodone, oxycodone, methadone and methamphetamine, rather than a single drug. More than 60 of the 2015 deaths were linked to fentanyl, a powerful synthetic opiate blamed in the recent death of pop music icon Prince.

These patterns coincide with the rise in opioid overdoses around the country. According to the U.S. Department of Health & Human Services, more than 28,000 Americans died from opioid overdose in 2014.

As a national epidemic, opioid use has flowed heavily into every community and social class across the country, including those in rural America. The small communities that dot the country between wide-open lands are now outpacing the death rates from overdoses in large metropolitan areas, according to the CDC.

In May, Gateway launched efforts to address the opioid crisis in Shawnee and the surrounding rural communities. The outpatient opioid medication assisted treatment clinic is the first of its kind in Pottawatomie County, which recorded greater than 20 drug overdose deaths per 100,000 in 2014. Pottawatomie County is home to just over 70,000 people. Neighboring Oklahoma County held a similar rate among its population of 766,215 people.

Those battling opioid addiction would travel at least 30 miles for treatment, mostly seeking help in Oklahoma City. Now, many arrive at the nonprofit’s metal building along E. 45th Street and not far from Interstate 40. They come from Shawnee, McLoud and Seminole, but also Oklahoma City and Tulsa, illustrating the limited treatment available in rural America.

“We see all of it,” Johnson said. “People who were prescribed medication after a procedure [to] a recreational user who is unable to stop.”

Currently, Johnson sees mostly heroin-addicted patients, who tend to be younger. From what his patients share, heroin is easy to access and cheap. Through intravenous drug use, a large number of his subjects contracted hepatitis C.

Gateway is on the front lines of the pandemic, offering patients with and without insurance buprenorphine, a drug that can help addicts avoid relapse. Through the medically monitored clinic, patients get the help they need to manage addiction challenges and begin a life of recovery.

Patients are strongly encouraged to attend 12-Step meetings and involve their family in their recovery. Some choose not to integrate their medical care and recovery. A few patients tell Stober they don’t want to quit.

“What really needs to change for all of these treatments to work is the stigma in our society,” Stober said. “We need to treat this as the medical disorder that it is. That’s the most important. Then, we would have people understand. We could increase funding and expand treatment.”

The White House Rural Council was launched five years ago to focus on the unique challenges facing rural communities, such as investing in rural schools, pushing for broadband construction and other economic issues. Recent national statistics propelled the council to take on the opioid crisis, which was becoming more acute in rural areas. U.S. Secretary of Agriculture Tom Vilsack leads the rural council.

The Obama administration has vigilantly confronted the issue of opioid and heroin use and addiction. Federal agencies like the CDC and health and human services stepped up efforts in the fight.

Vilsack, the former governor of Iowa, adds to the efforts as he leads an interagency initiative to combat rural substance abuse. Traveling across the United States, he meets with addicts in recovery and speaks with medical professionals. He advocates expanding access to treatment and better training and communication among physicians, dentists and pharmacists. Vilsack also wants to encourage medical professionals to go to underserved rural areas.

“The reality for this to actually work is we’ve got to have the resources,” Vilsack told Oklahoma Gazette in a phone interview. “We know what works. Prevention works. Treatment works. Drug courts work. Support for recovery works.”

The White House proposes funding $1.1 billion in federal dollars to continue to address opioid addiction in its 2017 budget. Oklahoma is eligible for $12 million over two years, according to the White House.

In reality, it will take more than funding to abate the opioid epidemic, which Vilsack knows from personal experience. His mother dealt with alcohol and prescription drug abuse while he was growing up.

“The community has to understand its responsibility to support recovery, particularly in rural areas,” he said. “That means the faith-based communities need to provide access to AA meetings and open their facilities for people to meet. … It is important to acknowledge this as the disease we are dealing with.”