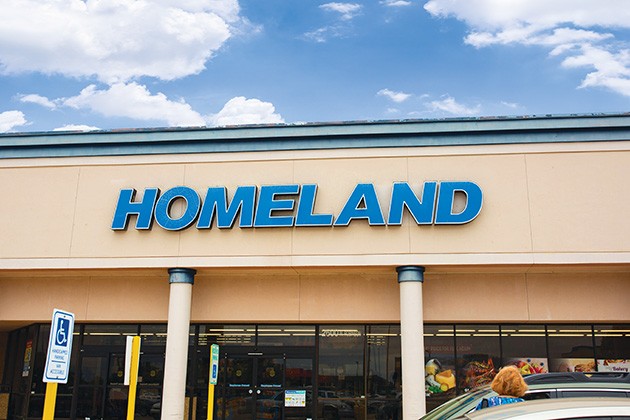 Northeast Oklahoma City has dealt with food insecurity for years, but a new grocery store and a potential rezoning could significantly improve access to fresh, quality food.

Since 1993, Ward 7 council representatives have tried to bring a full-service grocery store to northeast Oklahoma City. Those efforts, started by Willa Johnson and now primarily carried by councilwoman Nikki Nice, will culminate with a Homeland set to open in late 2020.

“Everyone’s picked up the baton and worked and carried it, and I’m just thankful, grateful and honored that I’m able to help it get where it needed to go,” Nice said. “This is a community effort, and this comes from the leadership that had been in this seat previously to even help us to get the tools that we needed in order to make this deal a success.”

Homeland officials announced they signed a letter of intent and plan to open a full-service grocery store with a pharmacy, a butcher shop, a bakery, a deli and fresh produce on NE 36th Street and Lincoln Boulevard. It is expected to be roughly 30,000 square feet and cater specifically to the surrounding community.

“We know that they are committed to be in our community, and that’s what we are most grateful for,” Nice said. “The impact is momentous. Unfortunately … we still have a wait. That’s the only down part, but the fact that we know something new is coming, something better is coming for our community, it means so much. And it’s time, it’s been long overdue.”

With the recent closure of Smart Saver, which was not even a full-service grocery store, the 73111 ZIP code area was left with zero grocery options in the area.

However, Homeland CEO Marc Jones said the announcement is not quite a response to the closure because officials have been in discussions with city leaders and The Alliance for Economic Development for years.

“It’s taken so long because there’s all sorts of different things to consider. It’s the location, and it's cost of real estate, and it’s traffic patterns, and it’s financing and it’s a lot of different pieces that have to come together,” he said. “We wouldn’t normally, quite honestly, announce at the letter of intent stage, but we thought it was important to let the community know what was going on … given some of the events of the last month or so. …

“It’s inspiring that it’s happened, but it’s happened not because it just kind of fell out of the sky. It happened because of a whole bunch of different people and different constituencies all kind of working hard and being creative and trying stuff that didn’t come to fruition and then finally figuring out the solution that works for everyone. It’s very inspiring when this sort of situation can happen. It’s this proverbial win-win-win. Our little employee-owned company wins. An underserved part of the city that we call home wins. The community wins. The city wins.”

Along with the grocery store, Homeland will also open new headquarters in the same area. Its current headquarters is already in northeast OKC, down the street from the future location.

The next steps are to sign a lease and finalize site layout and costs. 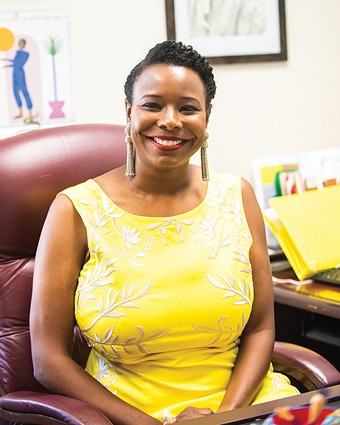 Some members of the community criticized Smart Saver and its owners for not being good stewards of the community or respectful of their shoppers. Nice said she trusts Homeland, which is an employee-owned chain, to be more committed to northeast OKC.

“I think we all respect the Homeland brand. You know you’re going to get a quality product when you shop at Homeland,” she said. “And with their corporate headquarters, I don’t expect anything less. For them to commit their corporate headquarters in the same campus or the same area as the store, we know it’s going to be the best option for the community that’s going to be offered. We’re excited about that, and we deserve it. Everyone deserves better.”

Jones said Homeland intends to provide the “full portfolio” of what it has to offer while making sure the store reflects the needs of the community.

“We’ve got 74 grocery stores that we operate, so we think we bring a base of knowledge. But within that context, we can pick and choose,” he said. “Ultimately, we’re a business, and our business only succeeds if we give our customers what they want. So asking our potential customers before we open the store what they’re looking for just seems like a real logical move for us. … Our current office isn’t that far from the proposed site, so if anybody wanted to stop by and chat about it, we’d be happy to do it.”

The current headquarters employs members of the community, who Jones said have already started suggesting various things the store should offer.

“To me, that’s the fun thing, and another fun thing about retail is we can try a bunch of things,” he said. “Each of our stores is kind of its own — hopefully, if we do it right — community-focused grocery store. A big part of our process … is going to be talking to the neighbors and saying, ‘OK. Pharmacy, deli, bakery, meat, but what are you looking for? Within that, what are you looking for?’” 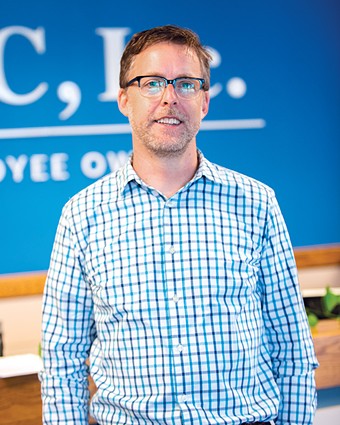 A full-service grocery store is only part of the solution to addressing the area’s food insecurity and negative health outcomes. In May, Oklahoma City Council passed a resolution brought forth by Nice to implement a 180-day moratorium on “small box discount stores” in the 73111 ZIP code.

At the Aug. 27 council meeting, officials passed a resolution to initiate a rezoning application to establish a Healthy Neighborhood Overlay District in the ZIP code.

“The goal, obviously, with the moratorium is to prevent a proliferation of those small box stores, so the [rezoning] allows for more and better and healthier options to come into the community,” Nice said. “We’re not saying [small box stores] can’t come, but we hope that if they do, they will help provide at least 500 square feet of dedicated fresh produce. … Because we want to decrease the health outcomes in our community. We want to address the concerns of infant mortality. We want to address the concerns of cancer morbidity. The rates are high in those ZIP codes, and it becomes prevalent when you don’t have access.”

The rezoning will now go through the planning phase, but Nice hopes it will go into effect by November.

“With that, we’ll have an overlay district — and, again, it’s just for one ZIP code,” Nice said. “It’s not the whole city, but it’s for us to address the health concerns that are within our community.”