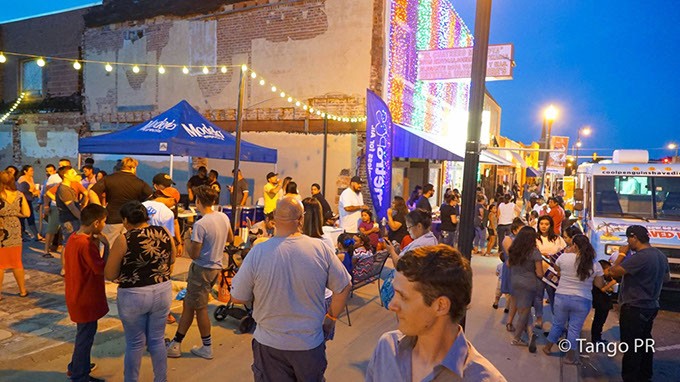 Once a busy commercial district home to retailers such as JC Penney, south Oklahoma City’s Capitol Hill area was in decline by the 1980s. However, in recent years, area leaders have raised awareness of what it has to offer in the way of shopping, entertainment and attractions.

This effort includes Fiesta Friday held the last of each month through August and organized by Calle Dos Cinco, which promotes district development. This season kicks off 7-10 p.m. Friday at 225 SW 25th St., in the heart of Historic Capitol Hill.

“The effort is part of our revitalization and community-building, so we want an activity that’s fun for families, attractive to visitors and that really features our local attractions,” said Donna Cervantes, director of Calle Dos Cinco, which moved the event to Fridays two years ago.

It’s the fifth year of the free event that started as Taco Truck Tuesdays and was designed to showcase the many area food trucks and draw more foot traffic. Organizers showcased district amenities to shoppers and other visitors as well as to businesses looking for an affordable location. While plenty of businesses helped bring people in during the day, area leaders also knew they needed to organize evening events that would both provide a welcoming experience for visitors and attract restaurants, clubs and businesses that cater to nighttime crowds.

Cervantes described Fiesta Friday as having a block-party atmosphere that welcomes people of all ages. She said the surrounding historic buildings add to the event’s ambiance.

“This hasn’t grown to the point of crowds where you feel lost or too congested,” she said.

The event features a DJ and a beer garden in addition to classic cars from the Solo Riders Car Club. OKC Energy Football Club players will also be there. Children can enjoy inflatables, activities, a kids’ area and a craft booth. 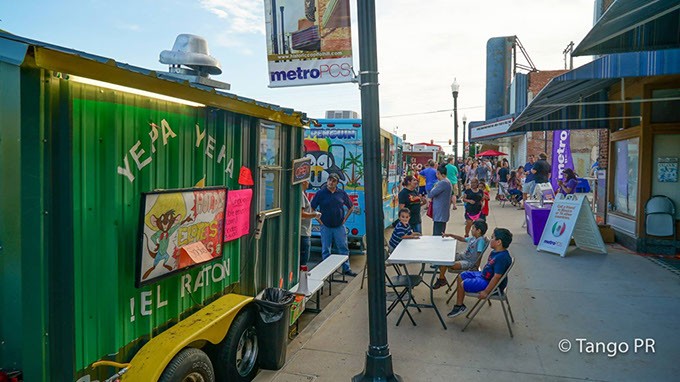 While the district honors and celebrates its past, it also reaches out to a new generation within the community who will help write the area’s next chapter. While many have fond memories of shopping in and visiting the area with their families, Cervantes also wants outreach efforts to attract younger generations who will create their own memories. She also promotes the district’s image, growth and vibrancy.

“We’re trying to invite artists and performers and just make it more positive,” she said. “There’s a lot of good activity going on, and it’s open for families.”