Fifty nine years ago, 13 youth and their teacher found courage by taking seats at the Katz Drug Store counter and refusing to leave until they were served 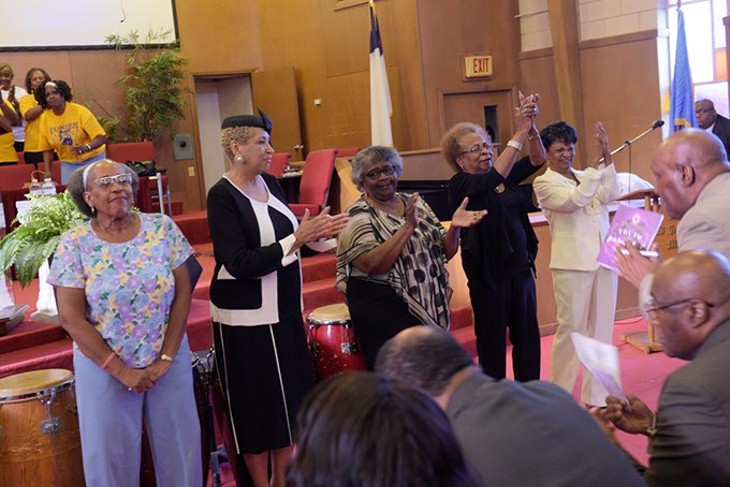 By the time 13 children from the NAACP Youth Council reached segregated Katz Drug Store, located at the southwest corner of Main Street and Robinson Avenue in Oklahoma City, there was no going back. They walked toward the counter, where they took seats and waved a $5 bill. The children, led by Dunjee High School teacher Clara Luper, gave the Katz Drug Store staff an ultimatum: “Serve us Coca-Colas or we sit here until closing time.”

They sat until closing time.

It was the afternoon of Aug. 19, 1958, and the children’s actions were met with no service. They returned the following day, again taking seats at the counter and ordering Coca-Colas. By the end of the second day, Katz management served the black youth, who were then encouraged to visit other Oklahoma City lunch counters and restaurants.

What started as a single event proposed by children — the youngest 7 years old and the oldest 15 — kicked off a movement of nonviolent sit-ins and protests occurring on Saturdays during the school year from 1958 to 1964 in Oklahoma City.

For all of the civil rights movement’s lunch counter sit-ins, Luper and the local NAACP chapter’s sit-ins were unique. It was the first sit-in protest of the civil rights movement, happening 18 months before black college students took seats at a Woolworth’s lunch counter in Greensboro, North Carolina, which received the nation’s attention and has become synonymous with the movement. Over the next six years, Luper and the NAACP youth’s actions, along with those of their supporters, led to the desegregation of almost every eating establishment in Oklahoma City. The Oklahoma City sit-ins are believed to be the longest nonviolent sit-in protests in United States history.

Marilyn Luper Hildreth, one of the original 13 sit-inners the daughter of Luper, contended that because they sat down at the counter and refused to leave, the action inspired others.

“Because when we sat down,” Hildreth said, “people across the nation stood up.” 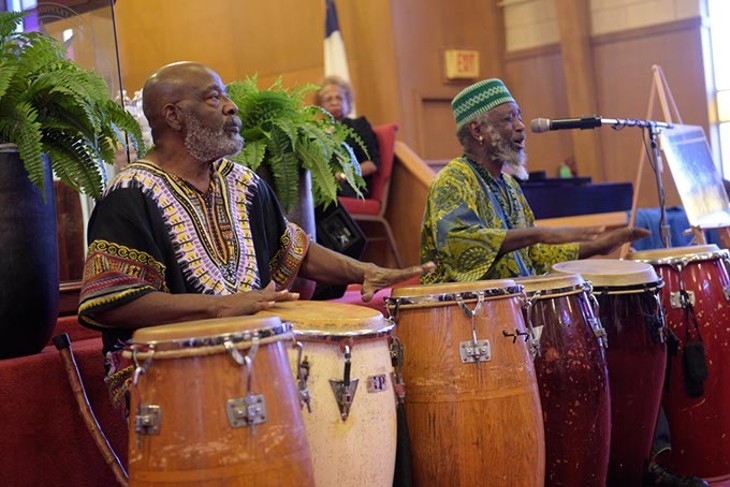 Hundreds of people filled the pews of northeast Oklahoma City’s Fifth Street Baptist Church on Aug. 19 to honor the original 13 sit-inners, NAACP Minute Men Commandos, clergy and the hundreds of others who participated in the sit-in protests during the six-year campaign in Oklahoma City.

“[We] stood up to discrimination by sitting down and asking for a hamburger and a Coke, of which we were denied many times over,” Lynzetta Jones Carter, one of the 13 youth who ventured into Katz Drug Store 59 years ago, told the crowd. “Newspaper articles have been written. Books have been printed. The Katz Drug Store where we started is no longer there. All of those other stores, John A. Brown and Anna Maude Cafeteria, are all gone. Even as I stand here, I can still remember the dark shadow of downtown Oklahoma City. As we reflect back, never, never forget the powerful impact the original sit-inners, all former sit-inners and the Minute Men Commandos had on our lives. We must stay the course and continue to work together. That we work for social change in our communities and in our city, Oklahoma City; in our state, Oklahoma; and our nation, the United States of America. We shall overcome.”

Later in the program, Hildreth, the daughter of Luper, recounted how her mother penned the play Brother President in 1957. The play earned an invitation by NAACP leaders for 26 Dunjee school students and Luper to travel to New York City for a performance. On the trip, through the northern route of the United States, the 26 students ate at lunch counters, sat freely on buses and stayed in the Henry Hudson Hotel.

A year later, many of those same children were seated in Luper’s home for a NAACP Youth Council meeting. Having tasted freedom, the children were tired of facing the injustices of segregation and discrimination. Luper’s daughter proposed a trip to the drug store. All she and her friends wanted were Coca-Colas, Hildreth said.

“We would sit there until we got service, and we sat there,” Hildreth said. “I never dreamed that people could be so mean. I didn’t understand how grown-ups could splatter coffee in your face when they didn’t know anything about you. I didn’t understand what bigotry was really about, or hatred. I did not understand that as a child, but it didn’t take long to learn.”

Following the Katz Drug Store protest, the youth council, under Luper’s leadership, initiated a campaign of nonviolent civil disobedience to end segregation in Oklahoma City. On Saturdays over a six-year period, sit-inners took their seats at segregated lunch counters and refused to leave. The movement ended in 1964, when Congress passed the Civil Rights Act that outlawed discrimination in most public accommodations.

“As I look out across this audience, I know you didn’t mind what names they called you because you didn’t answer to them,” Hildreth said. “You wanted Oklahoma and the United States to be a better place to live.” 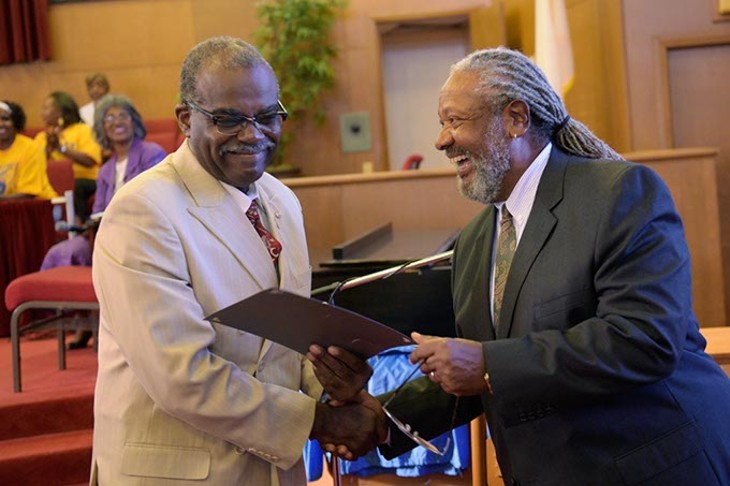 Next year marks the 60th anniversary of the NAACP Youth Council and Luper’s visit to Katz Drug Store. To commemorate it, local historian Bruce Fisher is on a mission to preserve the experience and insights of Oklahoma City’s civil rights pioneers as well as other Oklahomans who participated in sit-ins across the state.

Fisher and many other program speakers emphasized the need to document Oklahoma’s role in the civil rights movement and ensure its passage to the next generations. At the anniversary program, where leaders called on the audience “to celebrate the past and prepare the future,” few children, teens and young adults were in attendance.

print headline: Class acts, Fifty nine years ago, 13 youth and their teacher Clara Luper found courage by taking seats at the Katz Drug Store counter and refusing to leave until they were served. The action was pivotal to the civil rights movement.