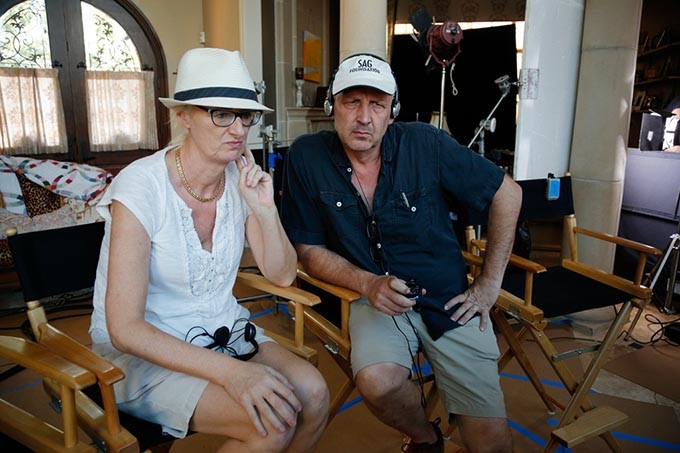 Filming has already begun in Guthrie for a new movie produced by a team of experienced documentary filmmakers. Gosnell is a true crime drama that tells the story of the investigation, arrest and trial of Kermit Gosnell, the Philadelphia doctor convicted of murder in 2013 for charges related to his abortion center practice.

Hat Tip Films, which is husband-and-wife team Phelim McAleer and Ann McElhinney and Magda Segieda, was in Philadelphia during Gosnell’s trial because its documentary FrackNation was being screened at a festival.

“Phelim had a day off, and because he’s a journalist, he couldn’t just relax,” McElhinney said. “He went to the trial and was astounded and shocked by what he saw. We knew pretty quickly that we wanted to do something about this story.”

Gosnell, who has been called America’s most prolific serial killer by commentators — including Terry Moran of ABC’s Nightline, who called Gosnell the world’s most “successful serial killer” — was ultimately convicted on three counts of murder and one count of involuntary manslaughter. Prosecutors and police suspected he was guilty of many more killings, some of which were related to Pennsylvania’s ban on abortions after 24 weeks.

The film will focus not so much on the more gruesome aspects of the case but on the men and women who worked to charge and convict Gosnell.

“The investigation took a lot out of the people who conducted it and finally convicted him,” McAleer said. “The story is about them and the impact on their families.”

McAleer said the decision to film in Oklahoma was related to several factors, including the availability of locations that made it possible to mimic parts of Philadelphia.

“The financials were important, too,” he said. “But what really stands out is the talent here. Oklahoma is full of talented people who take their jobs seriously.”

McElhinney said the team, including Segieda (a native of Poland), has been “gobsmacked” by its treatment here.

“You should be very proud of the people in your state,” she said. “We have been treated wonderfully.”

Gosnell is being made with the help of the Oklahoma Film Enhancement Rebate Program, an initiative that offers companies a 35-37 percent rebate for qualifying expenditures while production occurs in the state.

Funding for the movie started awkwardly when Kickstarter would not allow a crowdfunding campaign on its platform. The company informed McElhinney that some of the language in the proposal was not acceptable.

“We did not want to be part of a community that found truth a difficult standard,” McElhinney said, “so we used Indiegogo.”

After switching to Indiegogo, Hat Tip was able to raise $2.3 million from 28,000 donors. According to the Oklahoma Film & Music Office, that makes Gosnell the most successful film ever on the platform.

McAleer said casting was still being negotiated and should be wrapped up before press time. Film veteran Nick Searcy (Castaway, Moneyball) is directing. The “vast majority” of the crew is composed of Oklahomans, according to McAleer, so the production will be adding economic benefits to the state for businesses, families and individuals.

Print headline: Movie magic, A film about the world’s “most successful serial killer” is now shooting in the state.