Education and documentation of the civil rights movement in Oklahoma City tends to be limited compared to the events in Selma, Little Rock Central High School and the Freedom Riders. Thanks to a native-Oklahoma filmmaker, the sit-ins at area restaurants and other establishments spearheaded by civil rights leader Clara Luper finally get their due.

Children of the Civil Rights, a film directed by Julia Clifford, looks into the Oklahoma City sit-in campaign that began in August of 1958 when Luper, her children and black students sat at Katz Drug Store and refused to leave. After six years of continuing civil disobedience, the series of sit-ins integrated hundreds of establishments through nonviolent protest.

Clifford, 52, born in Ardmore and now living in Bellingham, Washington, was struck by the film idea during a conversation with her father during coffee. 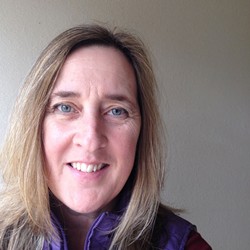 “I asked him what were the most significant moments of his life,” she said. “He began telling me about participating in the Oklahoma City sit-ins. I grew up in Oklahoma and never heard about it.” After seven years of research, interviews and gathering photos and film, Clifford is debuting the documentary Saturday at Oklahoma History Center.

The film focuses not only on the protests but the youth of those participating. “These people were so young,” said Clifford. “It’s amazing how hard they fought to be Americans, the strength of the young.”

Luper, a history teacher at Dunjee High School who was 35 years old at the time of the sit-ins, protested more for the future of black youth than for her own well-being. This is evident in those she surrounded herself with at the sit-ins: her children, high school students and NAACP Youth Council members.

The Saturday premiere is the first of many screenings in the state and across the country. The film will show for free at Cinemark Tinseltown, 6001 N. Martin Luther King Ave., on Feb. 21 at 3 p.m. as part of the Black History Month Film Festival.

The premiere at Oklahoma History Center includes a meet-and-greet with Clifford and a silent auction. Artwork, crafts and gift baskets are among the items up for bid. The event is also a fundraiser to help Clifford pay for the documentary’s photo and film licensing. Oklahoma City Community Foundation is the fiscal sponsor.

The 271 photos used came at a hefty price.

“They were very generous. I would not have been able to do this film without those donations,” she said.

Children of the Civil