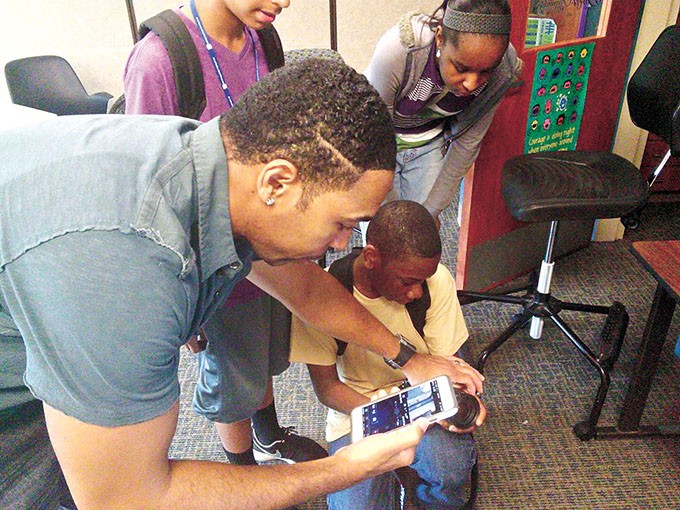 When Nathan Lee and his two colleagues, Robert Skip Hill and Suzanne Thomas, founded Inclusion In Art, they wanted to show Oklahomans that there are minority artists within their state.

“After talking to organizations, it’s not a situation where they were omitting the artists; they couldn’t find them,” Lee said. “The artists of color were not applying for art exhibitions because they didn’t see artists of color. We discovered this wall of misunderstanding, and we were able to form an organization that serves as a bridge between those underserved artists and those organizations wanting more diversity.”

This summer, Inclusion In Art worked with Metro Career Academy’s STEM Academy by establishing Teen R.E.A.C.H., which is an at-risk youth film program (R.E.A.C.H. is an acronym for Resources Encompassing Art Creativity and Hope.) It includes students grades 6-12 and allows them to create their own independent films. The students learn the three P’s of production: pre-production, production and post-production. Within those aspects, each student takes part in every detail that creates a film.

“They’re constructing their own stories,” Lee said. “They’re scouting for sites. They’re doing the whole thing. ... They’re put into the position where they have to write, work together and create scenarios for the actors.”

This is the first year for Teen R.E.A.C.H., and the program has its 31 students divided into five groups based on grades. In total, there were five films produced and acted in by a group of six students. The films are all fictional and vary between comedy, drama and supernatural thriller. Lee believes each film reflects the dynamic of the group and shows each individual’s strength.

“I have some students who are humorous,” Lee said. “It’s weird because each of these classes have a collective personality.”

According to Lee, during pre-production for one of the comedy films, the students posed the question, “How come African-Americans always die in movies even when they try to make good decisions?” So the students decided to discuss this question in a joking way within their film by adapting the Kenny scenario from South Park.

Each film will be available on DVD for the students, but Lee said that particular film will include a discussion from the students.

Each of the finished films will be featured Oct. 24 at the In COLOR Film Festival. All of the students will participate in the Youth In Color roundtable to discuss their films and the production process.

Teen R.E.A.C.H. is currently free for students, and Lee wants to keep it that way. Inclusion In Art is running a fundraiser, $10 for Teens, to raise funds for Teen R.E.A.C.H. Donations can be made at inclusioninart.com.

Print headline: Within R.E.A.C.H., A new film program by Inclusion In Art allows youth to make films for free while also bringing more diversity to the art world in Oklahoma.