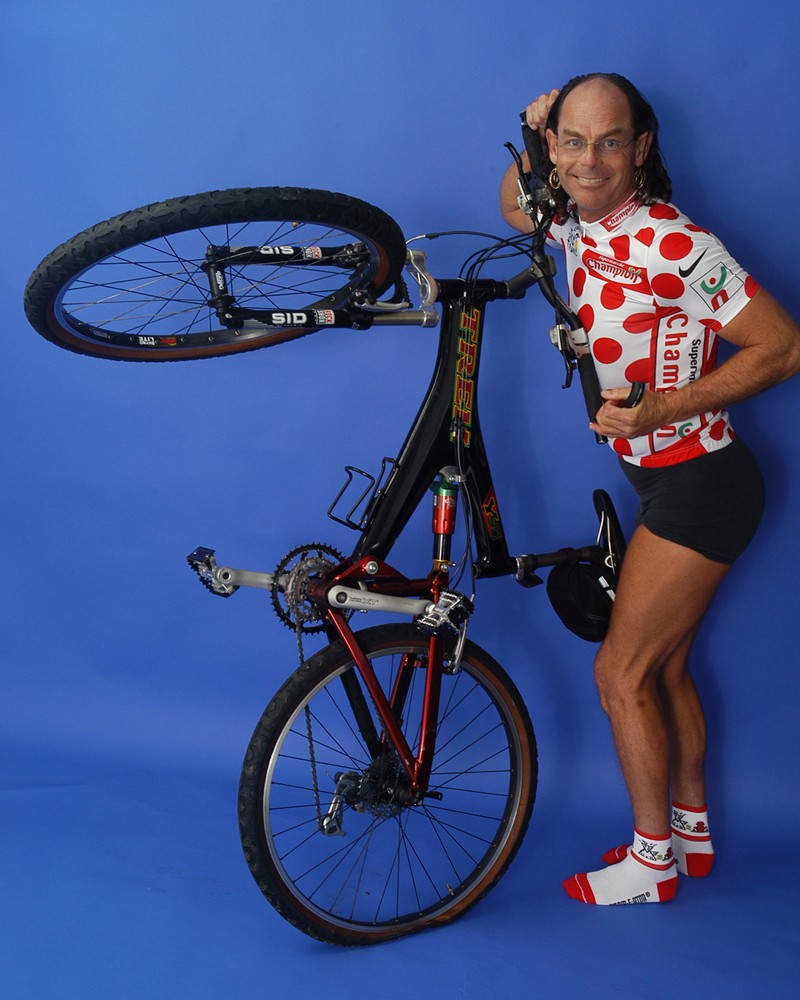 Biker Fox is a hybrid documentary directed by independent filmmaker Jeremy Lamberton (Locaciones: Buscando a Rusty James, Winnebago Man) and produced by Lamberton and Todd Lincoln (The Apparition, From Dusk Till Dawn).

In some cases, Biker Fox is downright reviled — he’s threatened, chased, arrested, bullied and harassed, and not without some cause.

Biker Fox is now available via streaming movie outlets, including Amazon and iTunes. It’s worth a watch, if for no other reason than you’ll now know A) what a well-groomed skullet really looks like and B) the unique joy and confusion that comes with both inspiration and the near-meltdown of a man’s personal life while he’s also trying to lift up the people around him. The latter is really hard for him to do.

DeLarzelere’s muscle car business invades every nook of his Tulsa property and somewhat resembles an eerie intro to a bad horror movie: car bumpers hang from the ceiling, fill his garage, overflow from his closets. He sleeps in his living room, rides his bike in thunderstorms and does front-flips from his bike into public swimming pools. A spare bedroom has been made into a “green room” so he can film his tricks and motivational shorts in his own home.

The film is cantankerous and eccentric, and DeLarzelere sometimes resembles an angry raccoon when his temper flares. He also lacks boundaries. All of this is also why people love him and love to hate him.

“You guys might end up shooting or killing me or something, and that would really suck,” he says when a Tulsa County zoning officer visits his eclectic property. He soon follows with, “Do you know who I am ... or not?” After a few minutes, he continues, “I’m Biker Fox. I don’t know if you ever heard that name or not. I’m 50. I do a front flip on a bicycle.”

His deadpan sincerity is hysterical. Regardless, the zoning officer is nonplussed. There are arrests, court dates, more primal screams. DeLarzelere is in a suit at the Tulsa County Courthouse as he talks about all the times he has been hit by cars while riding. Such is the drama of the life of Biker Fox.

Then there are the threats to fight coming from motorists who tail him while he’s riding on a semi-rural road. They go on for what feels like miles, but the banter perfectly encapsulates the dichotomy of Biker Fox: love and hate exist, often on the same plane.

“People get angry, full of hate,” he warns soon afterward. “When you see a kid, or a bicycle rider in the street, show some respect.”

Biker Fox premiered at Slamdance and deadCENTER film festivals in 2010 to, well, bewilderment and acclaim.