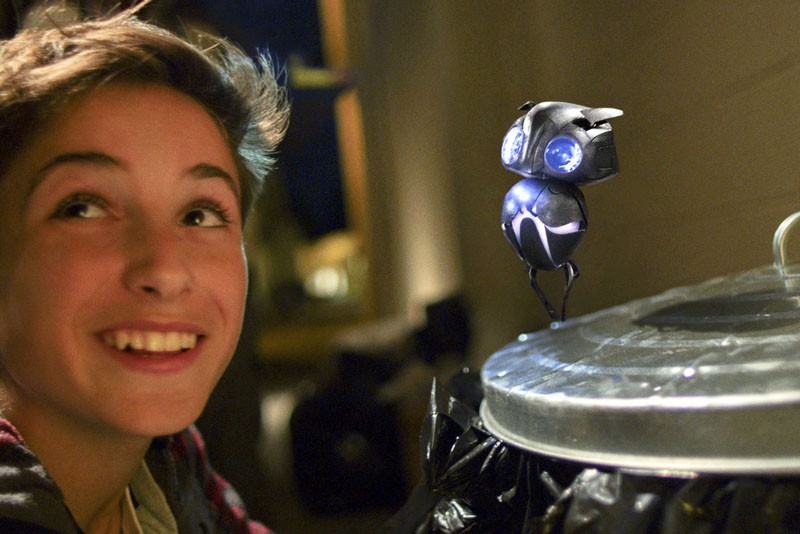 In cinema, there is a fine, often debatable line separating homage from imitation. Unquestionably, family-friendly sci-fi flick Earth to Echo is of the latter category.

Amongst the film’s list of botched movie (namely Spielberg) homages (The Goonies, Stand by Me, Super 8, Project X, Chronicle and probably others), E.T. is the most obvious pig in line for this production’s butchering.

Earth to Echo opens with a YouTube video of three boys reminiscing about their time together growing up in their neighborhood. Lifelong friends Tuck (Brian Bradley), Alex (Teo Halm) and Munch (Reese Hartwig), along with their families, are being forced to evacuate because of a supposed new interstate that will conveniently run through their homes.

Tuck, an aspiring filmmaker, is skeptical of this development and makes it his mission to document, publicize and eventually stop the mysterious construction, no matter the risk. When their iPhones simultaneously “barf” to create strange-looking maps, the boys connect the malfunctions to the construction project and set out by bike in the Nevada desert to follow the map.

Green rests on an already-played-out “found-footage” formatting, relying on the style to make the film look fresh but really just evoking 1999’s The Blair Witch Project. The trio’s investigation is claustrophobically framed in iPhones, YouTube and Google Maps, creating an obnoxiously and seemingly never-ending ride-along with three 13-year-old boys. (What could be worse?)

The only realism the film accurately captures is adolescence’s awkwardness. Tucker is unsuccessful in pick-up strategies, failing to woo Emma (Ella Wahlestedt, who becomes the token female character in this boys’ club scenario), while Alex has abandonment issues and Munch’s intelligence translates to social ineptitude. The movie “gets” teens, capturing all the cringe-worthy moments and adultlike revelations.

When the boys find the alien they later christen Echo (a robot owl), the action picks up as scientists from the faux construction site pursue the boys to capture Echo for testing. While the ensuing action features larceny, light teen drinking and police chases, there’s nothing that would compromise the film’s PG rating.

As unlikely friends, the uniqueness each of the boys brings to the “team” moves the predictable plot forward. Youth audience members will find at least one character relatable.

Unfortunately, the film is overshadowed by its shortcomings as a second-rate Super 8 (or E.T., orThe Goonies). More self-aware than the gawky teens, Earth to Echo falls flat among the current summer blockbuster lineup.