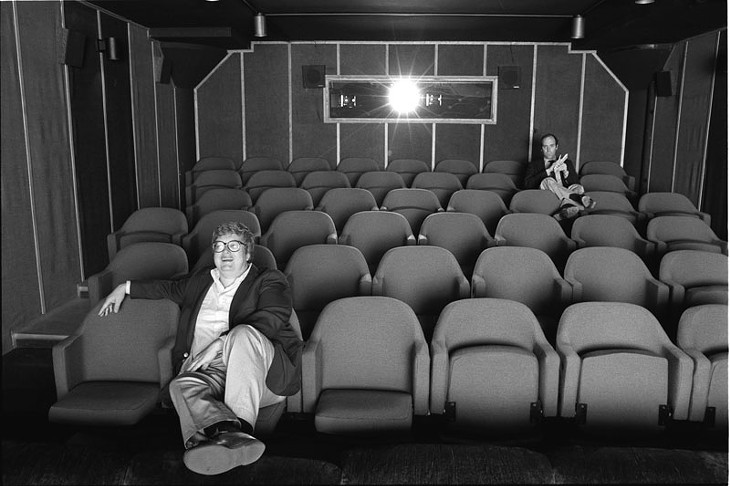 When I was 12 years old, nothing fueled my inner movie geek more than Sneak Previews. The weekly television series on PBS featured a pair of rival film critics — fat, bespectacled Roger Ebert of the Chicago Sun-Times and thin, balding Gene Siskel of the Chicago Tribune — reviewing and often arguing about films. I was mesmerized by their passion, their knowledge and that they cared as much about The Bad News Bears Go to Japan as I did. To me, their celebrity was only slightly below that of Nolan Ryan or the members of KISS.

I resolved to talk to them. Siskel was unlisted, but Ebert’s phone number was still in the Chicago phonebook at that time. I wish I could say that in our subsequent conversation he dispensed earth-shattering advice. He didn’t. All I know for certain is that Ebert was patient and polite. I vaguely recall telling him I’d been disappointed by Paradise Alley, a Sylvester Stallone picture about pro wrestling.

Ebert had a profound influence on me, as he did for anyone who cherished movies. I made weekly pilgrimages to Taylor’s News Stand and Book Store in downtown Oklahoma City to buy the Sun-Times for Ebert’s reviews. By then, he had won the Pulitzer and was the first film critic to earn that distinction. His writing stoked my own love for cinema, and it fanned my desire to become a writer.

Movie reviewers don’t typically become rock stars (alas), but Ebert and Siskel certainly did. Their impact on the entertainment industry was enormous. After Siskel died in 1999 in the wake of brain surgery, Ebert soldiered on until thyroid and salivary gland cancers robbed him of his lower jaw, his ability to eat or drink and his voice. But he would not be silenced. Appreciating the potential of social media, Ebert became a prolific and expert blogger. His writing deepened and grew more personal, covering everything from Steak ’n Shake to politics and religion until his death in 2013.

His was a wonderful life, as Frank Capra might have put it, and one that is beautifully recounted in Life Itself, an intensely moving documentary based on Ebert’s 2011 memoir. It screens Thursday through Sunday at Oklahoma City Museum of Art, 415 Couch Drive.

Documentary maker Steve James, whose Hoop Dreams was among the great films given a big boost by Siskel and Ebert’s enthusiastic support, offers a rich and textured portrait of the country’s most influential movie critic. Life Itself chronicles its subject from his Illinois childhood to his storied career in print and on TV. There is fitting celebration of Ebert’s smarts, generosity and tireless work ethic. We hear from the likes of Martin Scorsese and Werner Herzog, filmmakers whose early pictures were championed by Ebert. And movie buffs are sure to get a kick from outtakes in which Siskel and Ebert make it clear that their onscreen animosity was no put-on.

The documentary is far from hagiography. Ebert was flawed. Life Itself shows he could be self-centered and arrogant, petty and resentful. He was a bit of a lech, which explains his unlikely excursion into screenwriting Beyond the Valley of the Dolls for sexploitation filmmaker Russ Meyer. He was an alcoholic who finally quit in 1979.

The tools at James’ disposal are fairly routine — talking-head interviews, archival videos and still photos, movie clips with excerpts of Ebert’s plainspoken newspaper reviews — with one notable difference: Ebert and his wife Chaz provided full access to James in the five months before Ebert’s death.

Such intimacy can be discomforting. The camera’s unflinching gaze shows that Ebert’s artificial chin is essentially a flap; behind his open mouth, shaped into an almost cartoonish smile, is nothing. But Ebert, an old-school newspaperman, wanted no punches pulled. When James captures hospital staff suctioning out Ebert’s trachea, an excruciating ordeal, the patient later sends a congratulatory email to James on filming the procedure.

That isn’t surprising. Ebert was a guy who embraced life, all of it, pains and joys alike. He loved to learn. He loved experience. He loved stories. In a clip early in the film, Ebert likens movies to machines that “generate empathy.” Life Itself proves that proposition, bringing us closer to understand and admire a man who was worth understanding and admiring.