Sometimes a film ends and you’re left sitting in your seat, unable to move, speechless and in shock. 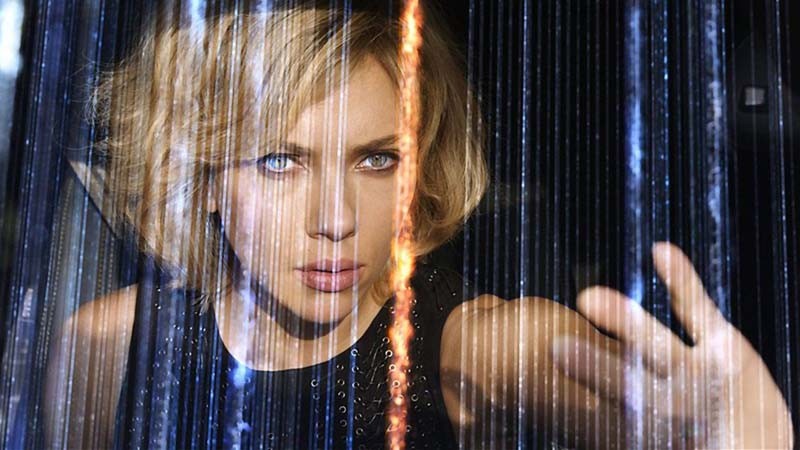 Sometimes a film ends and you’re left sitting in your seat, unable to move, speechless and in shock because it was either wonderful and spellbinding or horrible and confusing. Lucy — the latest effort from writer/director Luc Besson — is definitely the latter.

While Besson is best known for creating characters on the run from nefarious individuals possibly connected to the mob (The Family, Taken, Léon: The Professional), he’s no stranger to science fiction and hasn’t been afraid of diving headfirst into worlds unknown (The Fifth Element). However, the reason he felt those two worlds needed to collide is more than a little baffling.

Lucy (Scarlett Johansson, Captain America: The Winter Soldier), a gum-chewing, party-loving American university student studying in China, finds herself in the hands of what look to be members of the Triad (Chinese mafia) after being tricked into delivering a strange briefcase for her seedy boyfriend. Naturally, she’s beaten and drugged and wakes up in an empty hotel room with a headache and a nasty incision.

But this isn’t your run-of-the-mill kidney heist. We aren’t that lucky. It turns out Lucy’s captors put a bag of drugs into her torso for safekeeping so she could smuggle it into the United States without detection. The blue crystal designer drug is supposed to allow the user to access more than the usual 10 percent of his/her mind at once. Unfortunately for her assailants, Lucy’s bag is broken, the drug enters her bloodstream and she begins to access more of her brain capacity and develop superhuman abilities — telepathy, telekinesis and the art of shooting first and asking questions later the least advanced among them.

As her body absorbs the drug and her mind opens, she tells Professor Norman (Morgan Freeman, Now You See Me), the world’s leading brain capacity scientist, “It’s like all things that made me human are fading away.” But the real problem is that Lucy was never fully formed in the first place; she is merely a vehicle for the drugs and, later, all the secrets of the universe. She doesn’t make any real connections with anyone who helps her and didn’t seem to have any before she delivered the briefcase and began her carnage-filled mission.

Halfway through the film, she suddenly decides that Pierre Del Rio, a French police captain, needs to stick around so she will remember what it means to be human. Then she promptly begins to ignore him unless she needs a car, guns or police backup. While the cookie-cutter characters and horrible one-liners like “We never really die” are forgivable — this is, after all, in essence an action movie — the strange tie-in nature clips borrowed from the Discovery Channel and the uninventive special effects give the film an amateur glaze that you don’t expect from someone who has been writing and directing films for the past 33 years.

Cheesy at its best and mind-numbingly puzzling at its worst, Lucy is an unfortunate waste of 90 minutes of screen time and coveted CGI money.