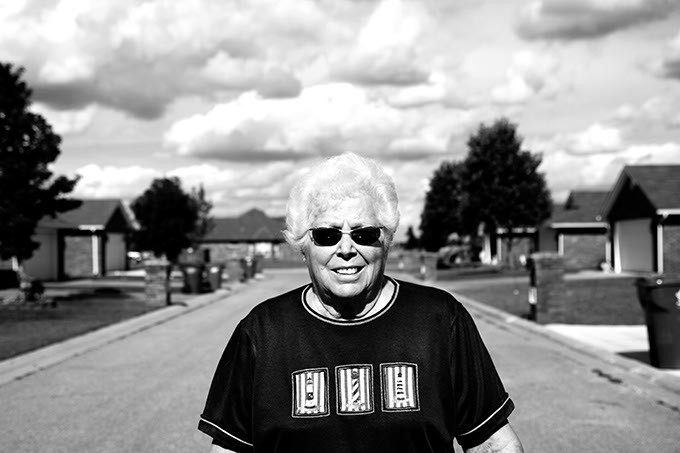 If Oklahoma ever becomes a hub for moviemaking, it will be due, in no small measure, to Mickey Reece. The 32-year-old Newcastle native has been astonishingly proliferative since he began directing in 2008, tackling a litany of genres with his stock company of actors. Even after cranking out close to 20 features, however, Reece and the homegrown production collective Fall Films have not turned out anything quite like the ambitious and challenging T-Rex, which screens 8 p.m. Saturday at Oklahoma Contemporary Arts Center, 3000 General Pershing Blvd.

Rather than delving into a specific genre, Reece and T-Rex co-writer John Selvidge explore the darker — and decidedly more ambivalent — obsessions of avant-garde cinema. The narrative snakes through an array of characters linked by way of family or happenstance.

The first vignette features Selvidge as Marty Dickens, an affable, good-ol’-boy widower hoping to connect with an ex-flame. When Marty’s raucous children scare off the woman, he turns to his brood and flashes a toothy smile belying a well of despair.

What happens next makes it clear that T-Rex has no interest in playing to audience expectations. It’s worth noting that the film begins with a passage from Sigmund Freud’s The Interpretation of Dreams in which the author cautioned that decoding dreams is complicated “by the same psychical forces which are responsible for their distortions.” In other words: Proceed at your own risk. Don’t look for easy answers.

Shot in black-and-white, T-Rex recalls the works of David Lynch and Harmony Korine. The film is not so much a collection of stories as it is a fever dream. The episodes, oscillating between black comedy and comic existentialism, are punctuated by flashes of brutality and lust. In voiceover, characters confide thoughts they dare not say out loud.

At other times, Reece ups the creepy quotient by interspersing grainy archival footage of women spanking one another.

The cast, many of whom have appeared in other Reece films, is mostly up to the task. There are some standouts, however. Sheridan McMichael plays a sleazy attorney steeped in rage and guilt. His performance, emotionally raw and informed by the possibility of violence, is remarkable. Rebecca Cox shines briefly as a torch singer with Betty Boop-sized eyes, doing a slow-burn cover of The Animals’ “Don’t Let Me Be Misunderstood.”

These assorted misfits are isolated by a host of factors — age, grieving, sexual desire, past wrongs — but share a desperate need to connect. Relief comes in modest and unexpected ways, whether in the person of a door-to-door vacuum salesman or even a liquor store robbery. Different strokes, as they say.

What resonates most in T-Rex however, is its imagery, by turns grotesque and starkly beautiful. These vivid dreams are haunting regardless of their interpretation. Freud would be proud.