The initial image of Michaël Roskam’s first directorial venture into American cinema, The Drop, is a rippling reflection of a mechanical structure within a lowly puddle. 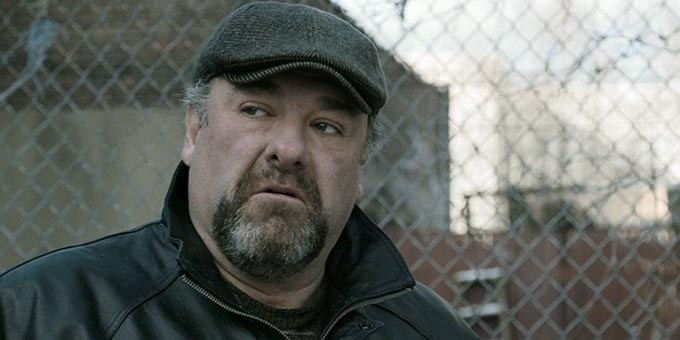 The initial image of Michaël Roskam’s first directorial venture into American cinema, The Drop, is a rippling reflection of a mechanical structure within a lowly puddle, providing an adequate thesis for this mediocre yet ultimately redeeming narrative.

Bob, an unassuming New York City bar-back portrayed by Tom Hardy, oscillates within a life of repetitive happenings and complacency to his proud, street-savvy employer, Marv (James Gandolfini). Instigated by Bob’s discovery and adoption of a wounded pitbull pup with the aid of Nadia (Noomi Rapace), the film is propelled into a web of deception and violence carefully tread by the polished and scarred shoes of the drop bar’s owner.

However, many of the “veiled” twists of the film are easily anticipated, save a dark epiphany in the piece’s falling action. On the note of expectation, The Drop unfortunately reaffirms the machismo that was deconstructed and dissected a few years prior in Roskam’s Bullhead. Likewise, Hardy and Gandolfini’s performances are only illuminated within a few brief instances, the latter appropriately over the former. For example, Gandolfini draws a resounding parallel to Marlon Brando, citing that he “used to be somebody,” or someone that mattered. Marv is distraught by his misanthropic tendencies but ultimately surrenders to a lethal destiny of sparse fortunes and European extortionists.

Paradoxically, the character of Marv suggests that mob-fueled danger might allow for a perverse spiritual comfort. Thus, Marv accurately encapsulates many of the figures Gandolfini spent the majority of his career portraying.

The cinematography, though periodically needless, does conjure a story-driven aesthetic. Often, red light would bathe the antagonistic Eric Deeds (Matthias Schoenaerts), while yellow shades lay prevalent in association with Bob.

Like the morally convoluted protagonist, however, the colors gradually merge before erupting into an orange crescendo at the enemies’ final encounter inside of the titular saloon. Uniquely, Hardy encapsulates this urbanized take on the ancient dichotomy facially and tonally; though frequently framed as warm and passive, Bob quietly morphs into a stern and ruthless rogue seamlessly, such as when a detached appendage needs disposing of.

One major disappointment arises with Nadia. Though Rapace does well to subtly preserve the character’s introductory sense of paranoia (and implied self-sufficiency), Nadia eventually reverts to the stereotypical rubric of many crime dramas. The woman is struck between the whims of two men who compromise her initial independence. Again, Roskam teases another cinematic revolution, but much like the protagonist’s steadily uncovered tendencies, the film reverts to traditionalism.

Perhaps Roskam’s hesitant tendencies echo a clash between the director and writer Dennis Lehane. Or, on a more existential note, The Drop illustrates our attempt to circumvent systemic oppression, only to be cut short by a force as old as law, forcing one to work from within in order to survive. Though the reflection ripples, the structure still stands.