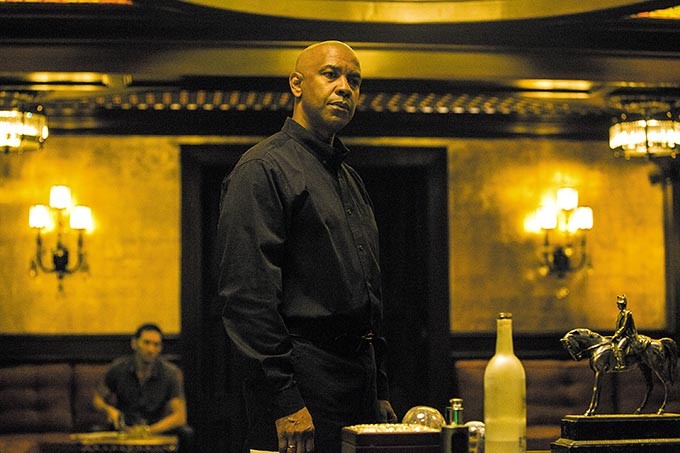 The Home Depots and Lowes of the world can be mighty intimidating for those of us whose idea of home improvement means hiring a professional. But that’s not the half of it. In The Equalizer, director Antoine Fuqua (Training Day) and star Denzel Washington take pains — or dispense pains, to be more accurate — to depict all the grisly ways to kill in these big box stores. Hint: I don’t just mean power tools.

By the time we arrive at the carnage-riddled climax of the film’s fictional Home Mart, however, The Equalizer has shown itself to be a rather ho-hum handyman.

Based on the television series of the late 1980s, it stars Washington as Robert McCall, a mysterious bachelor living a quiet existence in what appears to be the crime-infested hellhole of Boston. But his solitude and apparent OCD are upended when he befriends a teen prostitute (Chloë Grace Moretz, If I Stay) who frequents his neighborhood diner. When the girl is savagely beaten by her Russian pimp, Robert takes action. He shows up at the bad guy’s office, does some weird stuff counting to himself, sets his watch ... and kills everyone in the room.

So begins a secret agent/vigilante mashup that never quite gels as even pulpy fun. Washington’s movie-star charisma alleviates things, but the pace is sluggish, the cinematography is murky and the script is clunky. Bill Pullman and Melissa Leo drop by for a dull breather that fumbles to provide some backstory. All things being equal, there are more entertaining ways than The Equalizer to spend two hours.