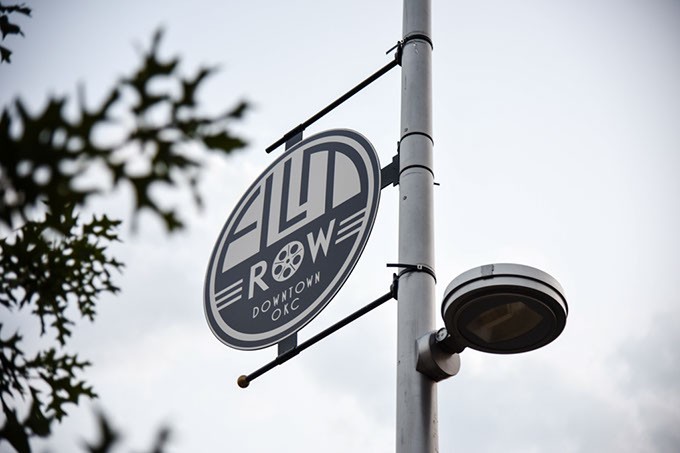 The premiere is over for Film Row, but the district has already loaded the second reel.

A few years after launching Premiere on Film Row street festival, the event is being rebooted as The Exchange on Film Row 6-10 p.m. May 20 at the corner of Sheridan and Lee avenues. It continues the third Friday of each month through October.

“The goal is to take it to the next level. Premiere was hyperlocal about what’s going on inside Film Row,” he said. “What we want to do is use The Exchange as a platform for all the makers and creators in the community at large to show what they’re doing.”

It’s also a time to be inspired by what others are doing, whether it’s a physical good or an artistic expression.

“We want people to exchange ideas, exchange a laugh and exchange a good time with one another,” he said.

That commitment to local goods is why the organizers named Roughtail Brewing Co. as the event’s official beer provider.

Blaine Stansel, brewery co-founder, owner and CEO, said it’s an exciting opportunity for the beermaker to introduce products to a new audience that might not be familiar with Roughtail or craft beer. He said the lineup will include a blonde ale, a dark beer and a session IPA.

“No matter what style you like, we’ll have something for you,” Stansel said.

The festival will also feature a rotating cast of Oklahoma City’s prodigious population of food trucks. Cuisines for every taste will find a showcase this summer. Cajun cooking from La Gumbo Ya Ya, eastern European fare from Czech Delights and desserts from the likes of The Sugar Shack Sweets and Treats, The Crepe Brewers, Snow S’more, Katiebug’s Shaved Ice and That Pie Place will make appearances.

But food and drink alone do not a street festival make, so The Exchange is also building on Premiere’s legacy with live music from local artists, a children’s activity area and access to the district’s art galleries.

Pop-up shops are another focus of the event, which is part of Sorocco’s vision for highlighting local artisans. The shops will rotate each month, giving visitors more reasons to return.

“It’s fantastic to see the community come together to invest in activities that add vibrancy to the area,” she said.

With 21c Museum Hotel anchoring one end of the area and Dunlap Codding at the other end, Sorocco wants to jump-start some of the excitement coming to Film Row while bringing more eyes to bars and restaurants FlashBack RetroPub, Noir Bistro & Bar and Joey’s Pizzeria and event spaces like IAO Gallery and The Paramount OKC.

“21c is about thinking big and creating something new, and on the other end, we help people protect it and commercialize it. The Exchange is everything that’s happening in between us,” he said. “The concept is bringing it together and showcasing it to the Oklahoma City community.”

Updated information will be posted monthly at exchangefilmrow.com.

The Exchange on Film Row