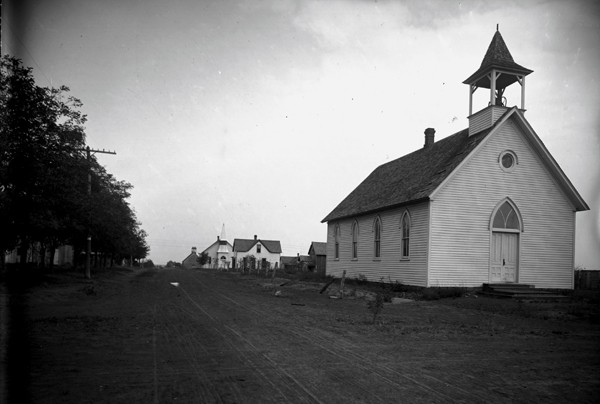 Inspired by a new photo exhibit at the National Cowboy & Western Heritage Museum, an upcoming film series at the museum highlights a forgotten period of Western history.

The recent addition of the exhibit We the People: A Portrait of Early Oklahoma, which showcases the photography of Henry Wantland from the late 19th and early 20th centuries, highlights the experience of Oklahomans as the territory transformed into statehood.

Film historian Elizabeth Anthony put together a four-week film series as part of a larger 16-week program by the museum that highlights and adds context to Wantland’s work.

Anthony’s series Taming the Wild West: Turn of the Century Westerns begins Wednesday with the Judy Garland-starring film The Harvey Girls and runs through Sept. 20.

Anthony said that a majority of Westerns take place between the 1830s and 1880s, when cattle drives and conflicts with Native Americans served as a primary source of plot friction. Her series uses films that take place from the 1890s to the 1910s, which she said is a forgotten era of Western film.

“A lot of Western film is focused on the Wild West,” Anthony said. “After the Civil War, and as we know as Oklahomans, a lot of Indian tribes had been relocated to reservations, a lot of the plot elements start to go away. [The film series] shows the West as it is becoming more civilized, as modernity is taking over.”

As a student at Princeton University in the late ’90s, Anthony received a university email address and student homepage. She used her personal site to write about her passion: classic movies. The ubiquity of search engines and links from major print publications to her obituary for actor Jimmy Stewart made her page so popular that the university kicked her off their server.

“Thanks to Google, people from all over the world were suddenly finding my little student homepage,” Anthony said.

ReelClassics.com was a fully-fledged business by the time she graduated, and she travels around the country as a film historian based in Oklahoma City.

Anthony will introduce each film with added context about the studio, director and actors. The first film, The Harvey Girls, follows waitresses at pioneering chain Harvey House, which Anthony said had real-life locations in Oklahoma.

“It was made in 1946, and it is filled with a lot of the post-World War II optimism in the country even though it is depicting the 1890s,” Anthony said.

Anthony’s series continues with Cimarron Sept. 6. The Academy Award winner for Best Picture in 1932 takes place in Oklahoma following the adventures of journalist played by Richard Dix and his wife played by Irene Dunne.

John Wayne stars in the Sept. 13 showing of In Old Oklahoma, which pits Wayne against oilman Albert Dekker. The film highlights the changing attitudes toward Native Americans in the new oil economy.

Anthony’s series wraps up Sept. 20 with 1971’s Big Jake, another John Wayne classic, which follows “The Duke” as he confronts new technology while battling a gang of outlaws.

The museum’s film series continues with four films from historian LuAnn Waters focused on women in the Old West. Waters’ four films run Sept. 27-Oct. 18. The series will be shown 1 p.m. every Wednesday in the Dub and Mozelle Richardson Theater through Nov. 15.