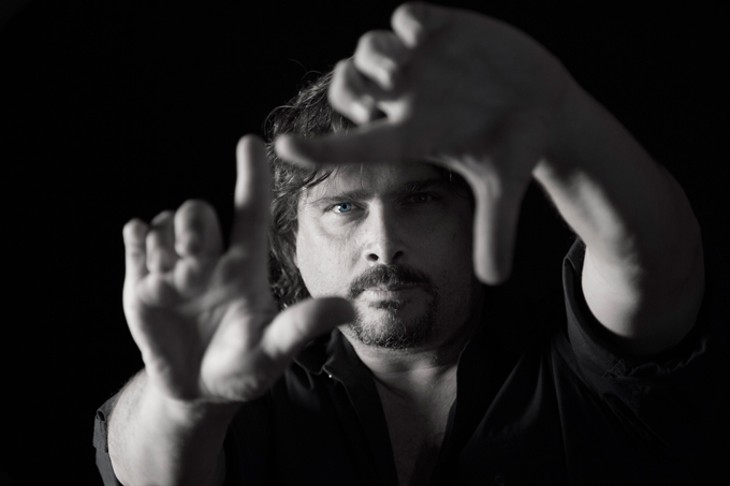 Before catching a second breath on public television, Ain’t It Cool with Harry Knowles was yet another inspired but under-resourced web series doomed to purgatory by its lack of funds.

Knowles is an Austin-based film critic known for his website Ain’t It Cool News. He devotes his television show, a partnership with Oklahoma-born filmmaker Brett Hart, to educating his audience about the marvels of cinema old and new.

Hart, the technical, behind-the-camera half of the duo, is most known for making the dramatic 2007 Gary England promotional spot that garnered nationwide attention after being featured on The Daily Show.

“I’ve heard Harry rave about that spot and am pretty sure it is part of the reason why I’ve had the honor of directing this great show and now live in Austin,” Hart said.

His history with Knowles goes back to 2004, when he was working on his debut film project, Bone Dry. He remembers getting an email from Knowles asking him to come to Austin and discuss the movie for his site. He didn’t make the trip, but Hart kept Knowles on his radar. 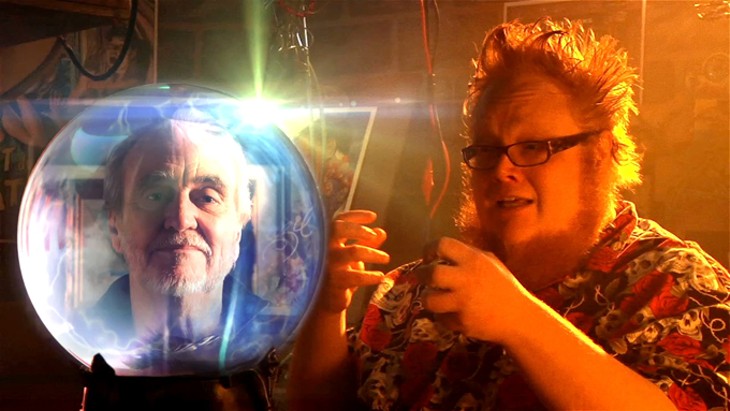 Years later, Hart was one of the people Knowles called in to interview as a potential Ain’t It Cool director.

“Immediately, we discovered that we were both cut from the same cloth and were on the same page,” Hart said. “Apparently, out of all the directors up for the job, I was the only one that Harry felt confident was just as much of a cinephile as he.”

They began working on Ain’t It Cool with Harry Knowles as a web series for Nerdist’s premium content YouTube channel. It was well-received, and they made 30 episodes in nine months. Despite positive feedback, they eventually lost funding.

Hart launched a Kickstarter campaign to keep the show going. During that time, Hart and Knowles were contacted by KLRU, Austin’s PBS affiliate, about elevating the show from web to television. Their interest was piqued.

Now, Ain’t It Cool broadcasts on 70 stations across 50 states.

The show is targeted at anyone who likes films. Hart said they try to cover a wide range of topics to keep all types of people interested.

“Our goal was to create a world that’s like an odd mixture of Inside the Actors Studio in Pee-wee Herman’s world, so I really think it’s for children of all ages,” he said.

Ain’t It Cool remains the career accomplishment Hart is most satisfied with. He helped raise a show up from nothing twice, all while booking quality guests and producing first-rate content.

“Honestly, to have Ain’t It Cool with Harry Knowles grow from an experimental webisode on the Net to becoming a full-fledged show broadcasted in the pantheon of PBS and sponsored by IMAX no less — I couldn’t be any prouder,” he said. “It truly has been a labor of love for all involved.”