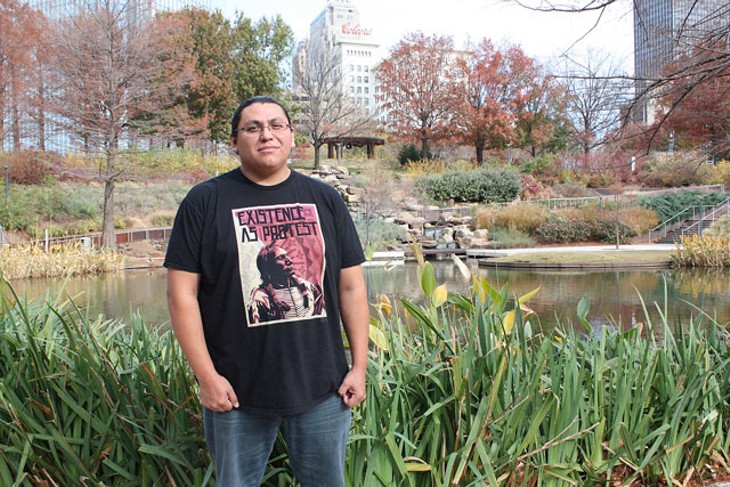 Seeing how the local community came together to tailor education as they saw fit, including integrating language, culture and wellness into the educational experiences planted the seeds for Gover, who grew up on a reservation in Reno, Nevada’s Hungry Valley.

Now, Gover leads efforts to bring a new, innovative charter school grounded in both academic excellence and cultural relevance to serve Native American and non-Native students and their families in Oklahoma City. This fall, Sovereign Community School applied for charter school sponsorship with Oklahoma City Public Schools (OKCPS), and the district’s board will weigh in on the request in January.

Sovereign Community School proposes operating a middle and high school, which would open in the fall of 2019. As a public nonprofit charter school, the school would receive per-pupil state funding, but also be supported by donations and grants. The school’s location is not finalized, but it could be located in a rented facility space in south OKC. The school would bring a unique opportunity to OKC’s Native American and non-Native students, Gover said.

“We can design a whole school curriculum around the notion that we can be rigorous and culturally relevant,” Gover said in an interview with Oklahoma Gazette. “NACA [Native American Community Academy] proved you can do it. You can prepare students for college and teach them the culture from where they come.”

Sovereign Community School stands to become the first of its kind in Oklahoma. As proposed, the school would support 525 students, who could come from any of Oklahoma’s 39 tribal nations as well as other ethnicities, in an academic program that includes engagement in Native American culture, language and tradition, not specific to any tribe.

Sovereign Community School is tied to Native American Community Academy. Following the initial success of the Albuquerque school where graduation rates increased and its college engagement program was hailed for helped seniors apply to college and attend some of the nation’s most prestigious universities, Native American Community Academy Inspired Schools Network was launched in 2011. The organization aims to create schools based on the academy’s alternative education style, drawing on the local community to design the school and infusing Native American culture into lessons. Gover is a fellow of the network, which is attempting to establish a foothold in Oklahoma with the local proposal and a proposed charter elementary school in Ardmore.

“We design schools to meet the community’s needs,” Gover said. “Our successes have been driven by the parents and community members who have turned out and told us what they wanted.”

He arrived in OKC three years ago and immediately began meeting with Native American families and tribal leaders.

In early discussions, the community responded with major concerns that some Native American students begin “slipping between the cracks in middle school.” While adolescence can be tough for anyone, higher rates of Native American youth have been found to suffer from alcohol and drug abuse, teen pregnancy and thoughts of suicide than other ethnicities. There was a strong desire to see a tailored investment in Native Americans to respond those national ills, Gover said.

“I take that to heart,” Gover said of the comment. “We have to be successful because there is nothing like this in the state and the city. We are bringing hope.”

Gover said they have delivered a strong application designing a school with the community and for the community, dedicated to welcoming everyone. They are doing their part to promote the charter proposal, speaking to as many students, parents and community members to explain what Sovereign Community Schools could mean for OKC.

“We have to take it seriously and do it right,” Gover said. “For these kids, we are setting them up to be leaders and defenders of their nations.”