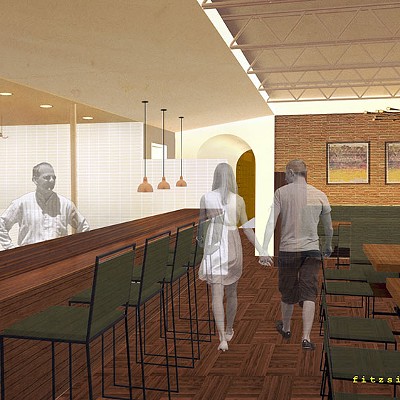 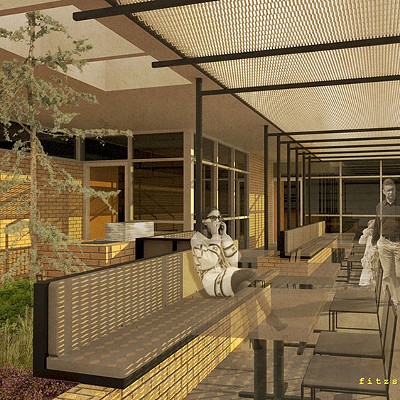 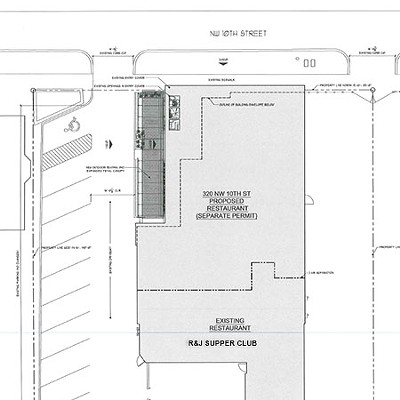 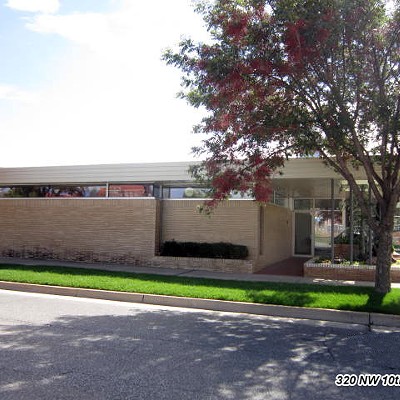 Work has started to relocate the ever-popular Ludivine restaurant a few blocks away, from its current location at 805 N Hudson Ave. to a more visible location on NW 10th Street which will directly front the new streetcar route when it starts to roll later this year.

Proprietor Russ Johnson, who also operates R&J Supper Club in the same building, said the two operations will remain distinct, with completely separate menus and kitchens. Johnson indicated that one exception might include serving R&J food in the Ludivine bar later in the evening.

Although the restaurant will be moving, the character-rich Ludivine bar will stay at its current location and be rebranded as Saradina. A menu of tapas and small plates will be added to its selection of craft cocktails, beer and wine.

The new site at 320 NW 10th St. was designed by Fitzsimmons Architects and will feature a screened outdoor patio. The space was formerly occupied by Spur Design.

The building itself is something of a mid-century jewel, built in 1956.

The space that Ludivine will be vacating has already been leased for retail use. The move is planned for later this year.