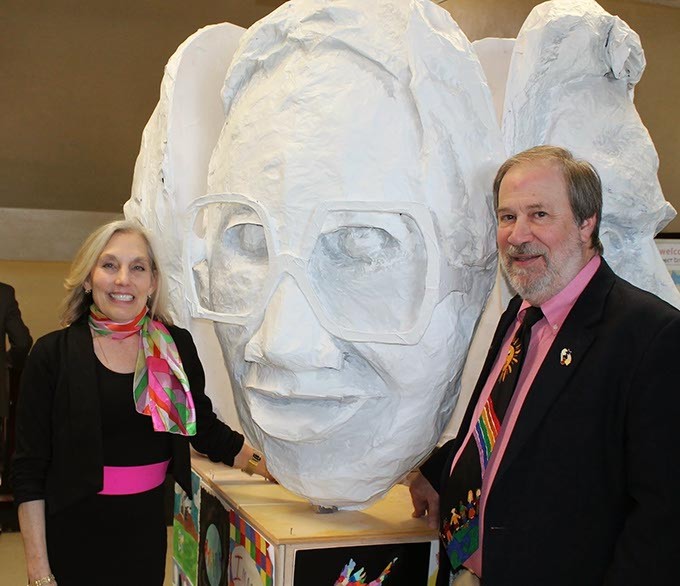 Jan Peery, Dr. Imam Imad Enchassi, Joan and Michael Korenblit and Carla Hinton will be recognized for their commitment to open dialogue and equal representation of the state’s diverse population.

OCCJ was started in 1934 as a Tulsa chapter of the National Conference of Christians and Jews. Since that time, the nonprofit has expanded its message to respecting people of all ethic and religious backgrounds.

The organization’s Humanitarian Awards are specific to the metro area. “We’ve chosen individuals who’ve really led the way, have a strong network, are passionate about social justice,” Dukes said.

Jan Peery, CEO of Young Women’s Christian Association Oklahoma City (YWCA), has spent 18 years working to improve the quality of life for women. She’s especially troubled by violence against women and its permissibility across the state.

“We need to pay attention to this issue. We need to address the culture that allows violence against women,” Peery said. “We want to make this so much more visible. It’s okay to talk about it.”

“The relationships and stories with her clients are more valuable than any numbers on a page,” Dukes said.

Fellow honoree Dr. Imam Imad Enchassi was chosen based on his dedication to interfaith dialog.

Dr. Enchassi presently serves as chairman of Islamic Studies and Chaplin at OCU and as an adjunct professor of Islamic studies at Phillips Theological Seminary and St. Paul School of Theology.

Husband-and-wife team Michael and Joan Korenblit co-founded the Respect Diversity Foundation (RDF) in 2000. RDF has developed an extensive speaker bureau. Presenters include educators and advocates. They travel and speak to schools and community organizations, teaching inclusion and tolerance.

The fifth recipient is Carla Hinton, the religion editor at The Oklahoman. Hinton spends her weekends at various churches. Each year, she tries to change her overall focus to include religious groups or movements she might have missed previously.

Hinton has spent 28 years at The Oklahoman, 10 as the religion editor. She said more openness would benefit the state.

“People should be more open to learning about other faiths,” she said.

OCCJ has spent more than 50 years strengthening that connection. The nonprofit, still based in Tulsa, has expanded its programming to the Oklahoma City area.

Its programs include diversity and inclusion training, leadership coaching and interfaith discussions. The programs, however, are not limited to adults.

Advocates of diversity: The Oklahoma Center for Community and Justice will honor local humanitarians.