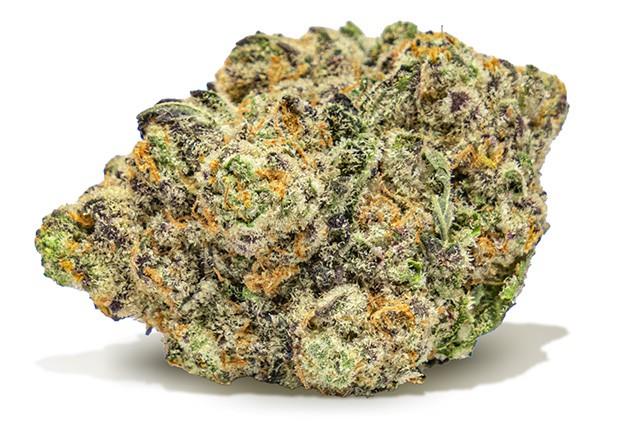 Review: GrOKC made a point of acquiring and fostering premium genetics for all of its crops as well as experimenting with various growing mediums to craft its crops, and it shows. While Cookies Fam lays claim to the original genetics, GrOKC acquired its genetics from the Jungle Boys run (the first of its genetics that I have tried). The reputation is well warranted, as the potency of this strain was apparent from taking the first small hit. While the effects were intense, they were rather well balanced between a head and body high that increased as time wore on. Those effects lingered for an exceptionally long time, to the point where it took me a minute to realize I was still high long after I would have expected the effects to have dissipated. I tried a large number of GrOKC strains from its latest crop, and while other strains like Banana Punch, Papaya Cake, Wedding Crasher and Sundae Driver were also excellent, its Gelato #33 made it my favorite.