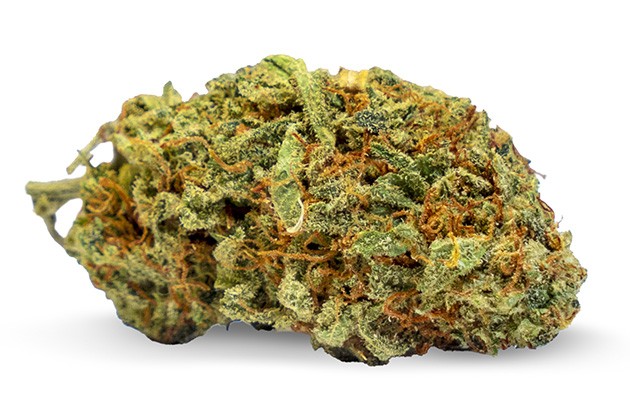 Review:  I had initially planned to snag some of Big Chief Pharms’ Granddaddy Purple run, but by the time I made it to Native Brothers, it was already sold out. I did the next best thing and grabbed some of its Purple Haze, which has no purple in it but is heavy on the Haze terps to the nose. The buds were thoroughly dry, but the smoke was sweet and extremely smooth. The high definitely starts with an uplifting volt but quickly mellows into a deeply relaxing body buzz. The first time I smoked a bowl, I became extremely tired and lethargic when the high was wearing off, which is uncommon for me. So I smoked another bowl several days later and it did not produce the same effect, so I chalk that up to a multitude of external factors, though I was definitely still a little sleepy once it wore off the latter time as well. I’d recommend this strain to get patients through that last item on their list before calling it a night.